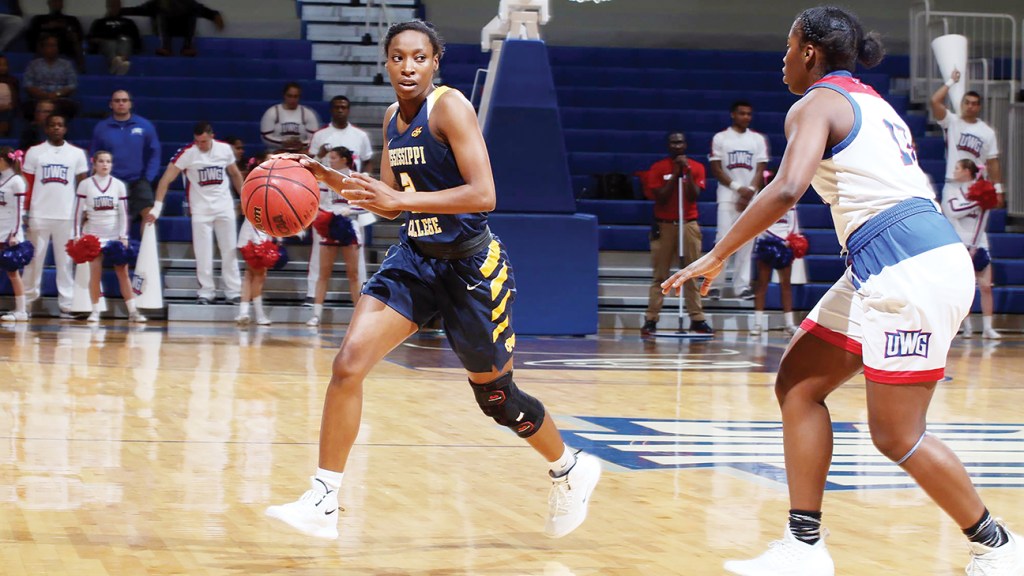 Photo by MC Sports Information Bogue Chitto alum Zariah Matthews is the leading scorer for Mississippi College in her senior season. The Lady Choctaws (5-5) return to the court Jan. 2 when they host the University of West Georgia.

If you’ve been planning on making the short trip to Clinton to see Mississippi College and Bogue Chitto alum Zariah Matthews play but haven’t gotten around to it during her four-year career, then you’re about to run out of time.

The Lady Choctaws and Matthews only have nine home games left in their season.

Matthews was a member of the 2,000-point club while a Lady Bobcat and memorably led her team to a 31-3 record her senior season and a MHSAA 1A state title.

She’s been a leader at MC for coach Paul Allen Duke since stepping foot on campus as a freshman. She appeared in 26 games with one start as a true freshman.

As a sophomore, Matthews started all 25 games and averaged 26.6 minutes per night. Last season, she drew starts in all but one of the 25 games she played in and averaged 11.0 points, 2.2 rebounds, 2.1 assists and 1.5 steals per game.

The transition to NCAA Division II from Division III hasn’t been easy for the Lady Choctaws. The school made the step up from non-scholarship-giving DIII to the uber-tough DII Gulf South Conference beginning with the 2014-2015 season.

Union University, a small college powerhouse that joined the Gulf South from the NAIA in 2011, visits Clinton Jan. 18.

Matthews will be part of a MC senior class that will be honored Feb. 20 before the home finale against Delta State.

Delta State was the last opponent for MC before the Christmas break where the Lady Statesmen took a 65-56 win in Cleveland.

Matthews scored eight points as the Lady Choctaws trailed by 21 in the third quarter before a strong comeback fell short against a nationally-ranked Delta State (9-1) team.