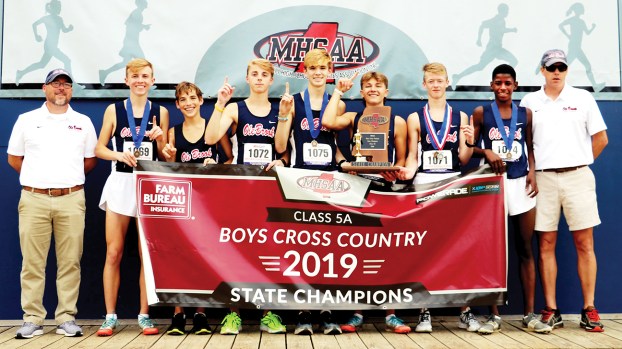 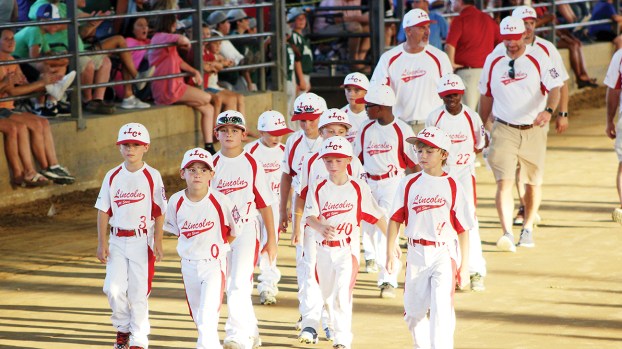 Daily Leader file photo Members of the Lincoln County 9U All-Star and their coaches make their way into the livestock arena during the opening ceremony of the 2019 Dixie Youth Invitational World Series.

This is part two of our look back at the top local sports stories from the last calendar year. Here are the final five stories in no particular order.

They came to Brookhaven in caravans of SUVs from Louisiana, Arkansas, Alabama, Texas and Oklahoma. The team from Sweetwater, Tennessee drove over 500 miles to get here.

For one weekend in July Brookhaven was bursting at the seams with visitors for the Dixie Youth Baseball Invitational World Series.

Despite a little rain, the event went off without a hitch. With five fields at the Civic Center baseball complex and an additional four fields that can be used at the Hansel King Sports Complex, there isn’t a better facility for this type of event in Southwest Mississippi.

And that’s not hometown bias, that’s just the facts.

Just before the event there was a preview article posted by this newspaper and linked on Facebook. The article was shared multiple times from people outside of Brookhaven with comments wishing their town had an athletic venue like the one here.

The financial impact on the area was huge, as neighboring cities reaped the rewards of having out-of-town visitors staying in their hotels and eating in their restaurants as Brookhaven was at capacity all weekend long.

Facility manager Quinn Jordan, his assistant Gerri Miller and the hundreds of volunteers should be commended once more for pulling together an event that reflected so well on Brookhaven and Lincoln County.

The Brookhaven High Lady Panthers were a machine on the court during the 2019-2020 basketball season.

They won their first 10 games in a row before losing 58-54 to 6A Meridian (22-5). They then went on a run of 17 straight victories that stretched into the post-season.

In the second round of the MHSAA 5A playoffs, BHS met up with an unbeaten West Jones team that eliminated the Lady Panthers 78-68 in a back-and-forth battle.

The Lady Panthers also had depth, speed, athleticism and a business-like approach when the game tipped that was a direct reflection of the personality of their coach Preston Wilson.

The 27-2 record was part of an amazing turnaround that began in 2015-2016 when the team finished 3-24 after Wilson moved to the girls’ team after being the longtime boys’ basketball coach at Ole Brook.

The Lady Panthers currently have a record of 16-2 as Wilson and his team have hardly let up after their stellar season last year.

Coach Josh Watts and his Cougars were the favorites in MAIS AA boys’ basketball from the moment the season tipped off.

Watts had returnees from a title team the year before in seniors Cade Brown, Dawson Flowers and Tanner Thurman. They also added a senior shooter in transfer Sean Beard during the summer.

Those four paired well with some younger pieces as the Cougars were dominant in posting a 32-4 record a year after going 35-2.

The state championship win over Marshall Academy was a perfect reflection of what worked all season for the Cougars.

They hit key open shots, guarded the Patriots doggedly once they crossed half court, nullified Marshall’s best player and had Flowers controlling the ball when things got tight late.

Expectations are always of a championship variety when it comes to BA basketball, but you could see a relief in Watts and his senior players after the final horn against Marshall.

They knew they were favorites and played like it all season as they met that championship standard once more in 2019.

The trophy case on East Monticello Street is a little more crowded thanks to another outstanding year for Brookhaven High athletics.

It was the second straight title for Panzica after he won the same one the year before with Will Moak.

Panzica and Wallis defeated a team from Stone County 6-4, 6-4 in the championship match as they won all four of their matches in Oxford without dropping a set.

Wallis and Panzica are now both freshmen on the Jones College team.

Panzica wasn’t the only back-to-back state champion for BHS in the spring, as sophomore Ah’Menya Rancifer repeated as the 5A state champion in the shot put.

Rancifer was a key part of a BHS track and field team that finished as 5A runner-up. Rancifer beat her closest competition by two feet and was also the runner up in the discus.

In the fall, it was the Ole Brook cross-country team making their mark as they captured the MHSAA 5A boys’ state title. The win came over a Saltillo team that had edged BHS out the season before.

The Lady Panthers were also runner-up to Saltillo for a third-straight year.

It was a second state title in three years for a Brookhaven High cross-country program that has established itself as one of the strongest in the state.

It was a magical postseason run for coach Jesse Anderson and his Cougars as they made it to the MHSAA 4A South State title game after finishing third place in their region.

The Cougars got a 39-yard game winning field goal at the final horn to eliminate a Greene County team that most had favored in their second-round matchup.

In the next round they went on the road to Newton County and won in overtime on a cold, misty night.

In year two under Anderson, the Cougars finished 9-6 and averaged 300 rushing yards per game. The goal for Anderson and his team next season is to not rebuild, but to reload as the Cougars seek to become a consistent contender in 4A football.