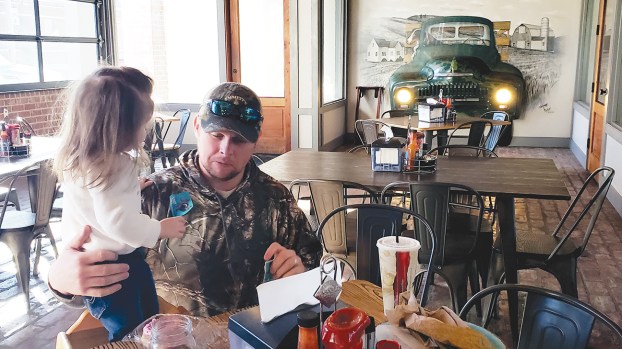 Photo by Donna Campbell Chris and Jill Falvey visited GB Bakery Wednesday with their daughter after the couple heard their favorite brunch spot will close at the end of the week. Pictured are, from left: Jana Falvey and Chris Falvey. 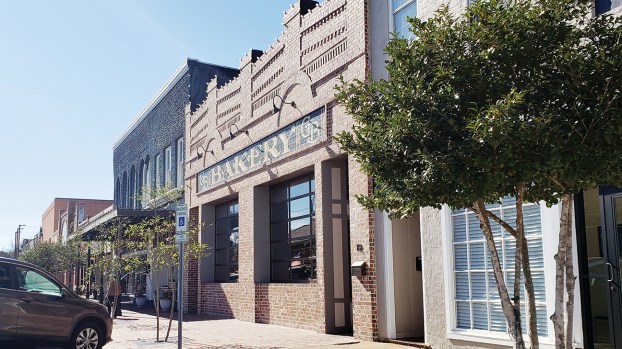 Photo by Donna Campbell GB Bakery, which opened in 2017 on South Whitworth Avenue across from Georgia Blue, will close Saturday.

Regular customers of GB Bakery must find another place for a Howlin’ Wulf Nitro, a breakfast pizza or chicken and waffles.

The restaurant that opened in the old billiards hall on South Whitworth Avenue in 2017 will be closing its doors Saturday. A new restaurant is in the works to open in its place.

Chef Trey Maddox declined to comment on the reason, but a Facebook post Tuesday on the bakery’s page was shared 135 times and garnered 161 comments and 198 reactions in 24 hours.

“Due to circumstances beyond our control, this Saturday will be the last day for GB Bakery in Brookhaven,” the post read. “We sincerely appreciate your incredible support these past few years! We just had our best month ever, and we would have loved to continue baking sweet treats in downtown Brookhaven. Unfortunately, it won’t be possible for us to continue in that location, and we wish all the best to the new building owners opening a new restaurant in that space.”

Real estate developer John Lynch owns several buildings in the strip on South Whitworth Avenue between West Cherokee and East Monticello streets as well as other locations in the downtown area. He confirmed Wednesday there is another restaurant that will replace the bakery in that spot but would not identify the new tenants since the contract won’t close until the end of the month.

“We’re excited about a new restaurant coming into downtown and it’s going to be great,” he said. “I’m excited about who they are. They’re very professional people. They know what they’re doing.”

Lynch said he is also working on a deal to bring a coffee shop to the Arcade Building a few doors down. Formerly known as Lofton’s, the space is under renovations and will house “three to four” businesses when complete.

That’s good news for some, but for those who made GB Bakery a weekly stop, the news was disheartening.

Chris and Jill Falvey stopped in for breakfast with their 2-year-old daughter, Jana, because they heard it was closing. For the Bogue Chitto couple, coming there is a treat and a tradition.

“He works offshore so we come the day before he goes back and eat lunch,” Jill Falvey said.

Jana usually leaves with a doughnut. Wednesday it was covered in pink icing and sprinkles.

Jill Falvey raved about the breakfast pizza, which has been her usual order.

“It’s not the same every day thing you can get everywhere else,” her husband said. “I’ve not eaten anything bad here.”

Jill Falvey told managers her family was saddened by the closing.

“I said, ‘I hope you consider opening somewhere else because we’re going to miss it,’” she said.

“Sadness doesn’t even begin to express it — my favorite bakery ever cannot be replaced because you are the only place I get my sweet treats,” wrote Ward 6 Alderwoman Shelley Harrigill.

“This makes me unbelievably sad,” said Tony Norton. “I eat there at least twice a week. Their chicken and waffles are amazing.”

“Sad!” wrote Kayla Calcote. “It was a treat to grab coffee and breakfast with other moms after kiddo drop-off a morning or two a week.”

Brandi Stogner wasn’t just sad, she was shocked. “What?” she wrote. “Can we just find another location for the love of coffee and all things brunch-ish related?”

The answer is yes, but not in Brookhaven. GB Bakery has another location on Town Square Drive in Brandon.

Georgia Blue, a chain restaurant opened in Brookhaven in 2015 by Jason Ishee and Drew Beatty of Ridgeland, will continue to operate across the street on South Railroad Avenue.

According to its Facebook page, the bakery will be honoring orders that were made before Saturday. Maddox will be reaching out to customers directly.