Area coaches split on which Tigers will win Monday’s championship 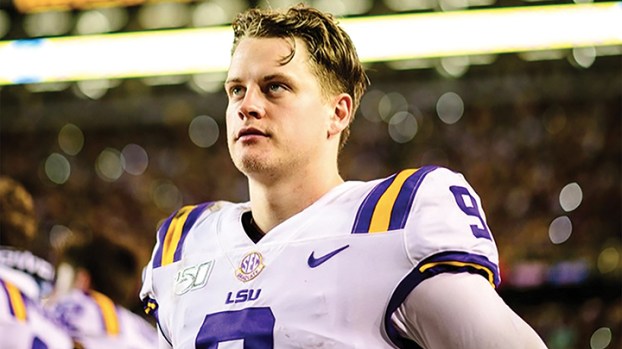 Photo by LSU Sports Information LSU quarterback Joe Burrow leads the most potent offense in the country. The biggest question ahead of the national championship game Monday is if Clemson will be able to slow down that offensive machine. 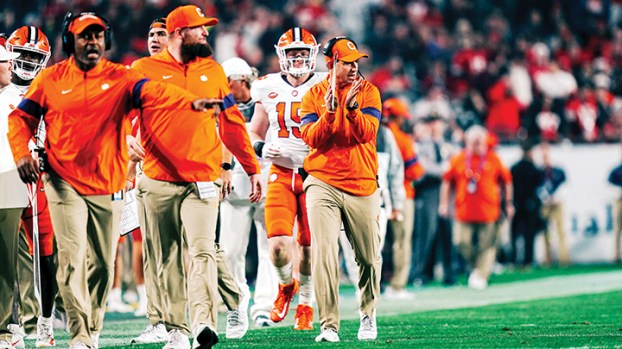 Photo by Clemson Sports Information Of the area coaches who pick Clemson to win Monday night in the national championship, most pick the big game coaching experience of Clemson head man Dabo Swinney as their reason for choosing the Tigers.

I wanted to bring back a tradition I always loved reading as a kid, when The Daily Leader sports editor Tom Goetz would quiz the local coaches on who they were picking for the national championship.

This year, making the selection isn’t an easy one. Clemson is the defending national champion and made the title game with comeback win over previously unbeaten Ohio State.

However, who is going to pick against LSU and their scorching-hot offensive attack, led by Heisman winner Joe Burrow.

In Dabo they trust

His passion, enthusiasm and positivity are what draw people to him. And the dude can flat out coach.

There’s an old Pat Forde column from 2008 when Dabo was named head coach after serving as the interim for six games after Tommy Bowden was fired.

Forde is a national columnist who makes a living by being wrong about half of the stuff he writes. In the column Forde gives Mississippi State an A-minus for hiring Dan Mullen (a fair grade), Tennessee a C-plus for hiring Lane Kiffin (another fair grade at the time) and Clemson a D-plus for hiring Dabo.

Swinney was the recruiting coordinator and wide receivers’ coach before getting the head job. The Clemson administration saw that the young, unproven coach had the “it” factor that transcends a lack of experience.

Wesson coach Jeremy Loy has faith in Dabo as does Lawrence County coach Jesse Anderson. They both cite Swinney as the reason they give Clemson an edge.

Allow me this quick aside, but if you’ve never read Swinney’s origin story — the son of a mother who had severe polio when she was a child, his father’s battle with alcoholism that ended with his parents’ divorce, a move to Tuscaloosa were he and his mother lived together in an apartment while he walked on as a receiver at Alabama — do yourself a favor and look it up. Mark Schlabach of ESPN wrote a piece in 2016 that traces Swinney’s story and all that he’s overcome in climbing to the top of the college football mountain.

Known for coaching a fluid defense that molds itself to whatever shape it needs in order to stop an offense, Venables may be facing his stiffest test ever in LSU and Burrow.

What if LSU had an offense to match their defense? That’s been a great “what-if” in Baton Rouge for the last decade.

It’s happening now as the Tigers absolutely shredded Oklahoma 63-28 in their Peach Bowl matchup on Dec. 28.

There were tons of local LSU fans in attendance that day to witness the massacre, including Brookhaven Academy coach Ron Rushing.

Rushing is the kind of guy who when giving directions his phone autocorrects “go” to “GEAUX.” He’s seen LSU play in person five times this season, including their big win in Tuscaloosa over Alabama.

He’s rooting for LSU like his last name was Boudreaux.

Brookhaven High coach Tucker Peavey is also picking the purple and gold. Peavey was a graduate assistant from 1988-1990 at LSU. The ’88 team was SEC champs for coach Mike Archer.

So that’s four area high school coaches for Clemson and four for LSU.

Copiah-Lincoln head coach Glenn Davis breaks the tie with his vote for LSU. There are two former Wolves on the roster of LSU in defensive end Travez Moore and tight end/defensive end TK McLendon.

Las Vegas has the Tigers from the bayou as 5.5-point favorites. I think Vegas is pretty spot on as usual. I think the game is going to be very close and will probably be a track meet with lots of big plays.

How can you pick against LSU in New Orleans though? I think Coach O’s boys are going to play like they’re the ones who drank 15 Red Bulls that day — not him. I like LSU to win 48-45 in a classic.

Even if we can’t agree who’ll win, let’s look forward to the fun that will be had Monday. We’ll all be gathered with friends and family, eating rotel dip and other delicious finger foods and watching two great, unbeaten teams battle it out.

And best of all — neither one is Alabama.

LSU VS. CLEMSON: PREDICTING THE WINNER

Cliff Furr is the sports editor of The Daily Leader. He can be reached at sports@daily leader.com. Unless you’re an Alabama fan who wants to complain, then you can reach him at 601-833-8888.