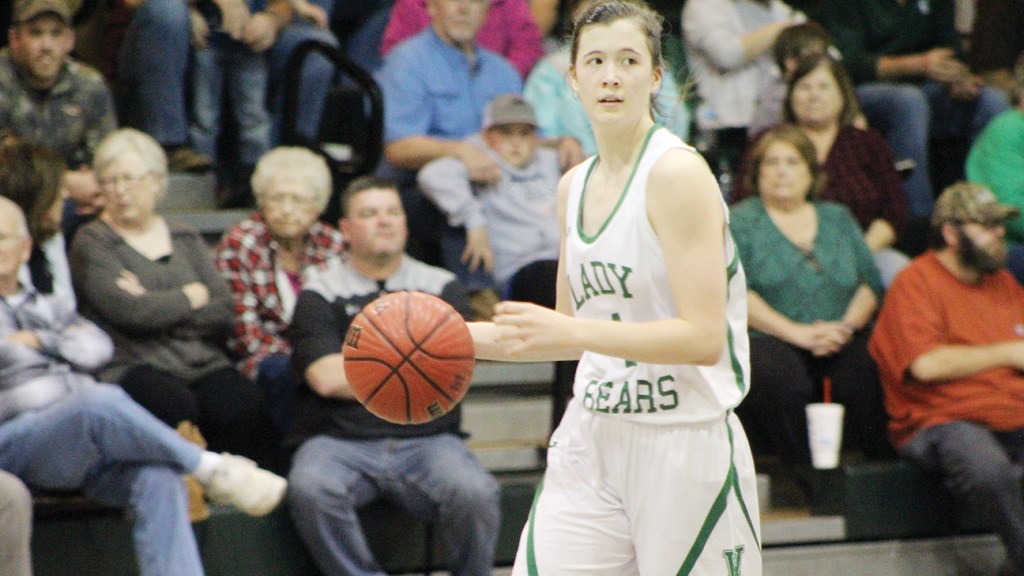 Both West Lincoln teams kept their Region 7-2A records perfect Friday night with a pair of wins over visiting Bogue Chitto. The home teams in green and white both won by identical 60-44 scores.

The girls’ game began with a tight, back-and-forth pace. The Lady Bears (7-8) won 72-41 on their home court when the teams met on Dec. 5 in the Lincoln County Tournament.

Friday night Bogue Chitto (15-4) got six straight points from Kamilah Clay out of the gate as the game was tied 6-6 early.

West Lincoln closed the quarter on a 9-2 run and led 15-9 after the initial eight minutes of action.

A steal and layup by West Lincoln forward Brittany Sturkey put her team up 23-10 with 4:14 remaining in the second quarter and forced BC coach Robbie Walters to call a timeout.

Sturkey led the Lady Bears with a team-high 21 points.

Bogue Chitto struggled to penetrate the West Lincoln 2-3 zone as the Lady Bears had a distinct size advantage on the perimeter.

At the top of the zone Sturkey and freshman guard Kara Beth Addison pressured BC into costly turnovers that led to easy transition buckets.

BC was without starter Anna Brumfield who was on the bench with crutches and a walking boot.

Eighth grader D’Mya Porter scored 12 points for BC as did Katelyn Palmer. Palmer pulled down 11 rebounds.

The Lady Cats pulled within 47-36 on a Kayden McKnight 3-pointer with 5:30 remaining in the game, but West Lincoln pushed the lead back out and wasn’t threatened again.

Clay and DeAnna Edwards finished with six points each for BC. McKnight and Kaci Beth Wallace scored three points each and Rylee Carter scored two points.

“We’ve needed to be better in the second half,” said West Lincoln coach Brooks Smith. “We can still be better at closing games out.”

West Lincoln is now 2-0 in region play after defeating Loyd Star earlier in the week. Bogue Chitto is 1-1 as they previously defeated Wesson on Tuesday.

The West Lincoln boys are also 2-0 in division play after beating BC.

The Bobcats are only dressing eight players, but their effort and hustle were outstanding Friday night.

Tay Nelson of BC hit four 3-pointers in the game including two in the first quarter.

Nelson banked in a 3-pointer that gave the Bobcats a 10-8 lead after the first quarter.

Nelson starts at a guard spot along with Lincoln Collins and Cameron Williams while Jay May and Zach Upkins are the Bobcat forwards.

Upkins hit a driving layup that made the score 26-23 in favor of West Lincoln late in the second quarter.

Just as they have all season, when West Lincoln needed a basket to respond they looked to senior guard Karlton Byrd.

The quick shooting Byrd toed the 3-point line and sank a basket that gave the green and white a 29-23 halftime lead.

“Karlton has the green light from me,” said WL coach Brooks Smith.  “Sometimes he’s too unselfish with the ball, but our guys know to look for him when we need one.”

Byrd then came out on the first possession of the third quarter and nailed another 3-pointer to grow the WL lead.

He finished with a game high 21 points.

Upkins willed Bogue Chitto to hang tight in the third quarter though. He finished with 20 points and battled with the taller Keshon Byrd inside for every rebound and bucket.

Another Upkins score in the paint cut the WL lead to eight early in the fourth quarter.

The Bears responded with another 3-pointer though, this one from Ty Brotherns. Karlton Byrd then scored on a layup and the final Bobcat threat was quieted.

Collins scored six points for BC, May finished with four and Williams scored two for coach Robbie Walters.

“My guys fought hard, they just wore us down with their size and depth,” said coach Walters of Bogue Chitto. “There aren’t enough words to describe what a great kid Zach Upkins is. He gives it his all every night — all of my guys are giving it all they’ve got right now.”

The Bobcats (4-12) are back in action tonight as they travel to Enterprise, while the Bears (8-7) are at Wesson.