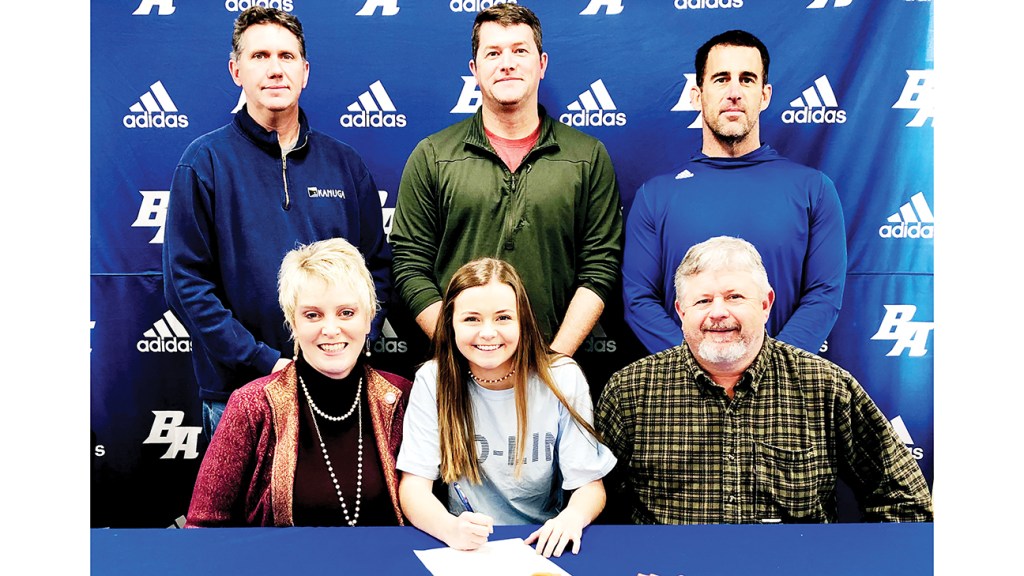 Lewis had her senior season cut short by an elbow injury suffered midway through the year. Her play in goal was a big part of BA making two straight playoff appearances and her high school coach says her best soccer is in the future.

“Olivia has only been playing soccer for three years,” said Mark LeBlanc. “She has a lot of potential as she’s still learning the position. She has excellent hands and quickness. She’s aggressive and not afraid to play outside the box.”

The Co-Lin soccer team will return to the pitch in 2020 under the leadership of coach Tom Cosgrave. The program was reinstated in October of 2019 after being suspended following the 2017 season.

Cosgrave is a native of Manchester, England who has been tasked with signing both women’s and men’s teams ahead of the season beginning in August.

Although Lewis spent much of her senior season with her arm immobilized in a brace, Cosgrave got a look at her in a Winter ID camp he put on in November.

“As a coaching staff, we feel Olivia will bring some great competition to our goalkeepers for the 2020 season,” said Cosgrave. “She has a great attitude and work ethic. We are very excited to have her in the program next season.”

One plus for the return of CLCC soccer is an increase in rosters spots for international players. Prior to the school suspending their program the team was limited to two players on their roster who hailed from out of state. The rule has since changed and four players from out of state are now allowed — all may also be international student-athletes.

Cosgrave has already signed a midfielder from England and a winger from Brazil for the men’s team.