Alexander Teacher of the Year is ‘honored’ 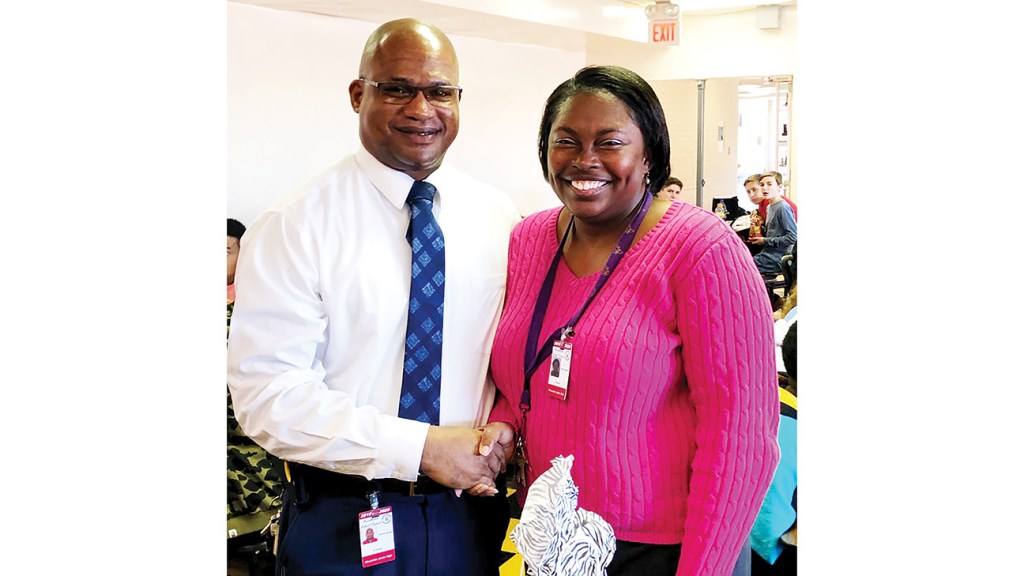 Zidia Bridges has spent many years teaching math to Brookhaven students. This year, she has been chosen as Alexander Junior High School’s Teacher of the Year for the 2019-2020 school year.

“I am honored and humbled,” Bridges said. “Every day, I come to work to make a difference in the lives of my students — to give them an opportunity to better themselves.”

Bridges has been diligently teaching math classes in the Brookhaven School District for 15 years now, and this isn’t the only time she has been recognized for her accomplishments. In 2008, Bridges was chosen as Teacher of the Year for Brookhaven High School. But Bridges said she wasn’t always planning to become a teacher.

“One of my influences was my former PE teacher for Alexander, the late Mrs. Ann Willis,” she said. “During those years we had many talks.”

Bridges attended Willis’ alma mater, Alcorn State University. There she graduated in 1998 with a bachelor of science degree in chemistry. Willis knew that Bridges would be attending the university, and had advised her to take some education courses, regardless of her major.

“My response to her would always be, ‘Mrs. Willis, I am not taking education courses because I will never be a teacher,’” Bridges said.

After graduating in 1998, Bridges worked for a year on a doctoral program at the University of Arkansas. From there, she moved to Washington, D.C., spending a couple of years working as a patent examiner at the United States Patent and Trademark Office.

She never forgot Willis’ advice, however. She returned to Brookhaven in 2003 and spend some time working as a substitute teacher and a residential counselor at the Mississippi School of the Arts. During that time, she was reunited with her old PE teacher.

“When I would see her in the district working as a retired substitute teacher, she would always come up to me saying, ‘Do you remember what we talked about back when you were at Alexander?’” Bridges said.

Bridges moved to teaching full-time in 2005, and she eventually returned to study at Alcorn State. Taking Willis’ advice to heart, she earned a master of science in elementary education in 2012.

“I didn’t realize the seed that she and so many others planted in my life would lead me to teaching,” she said.