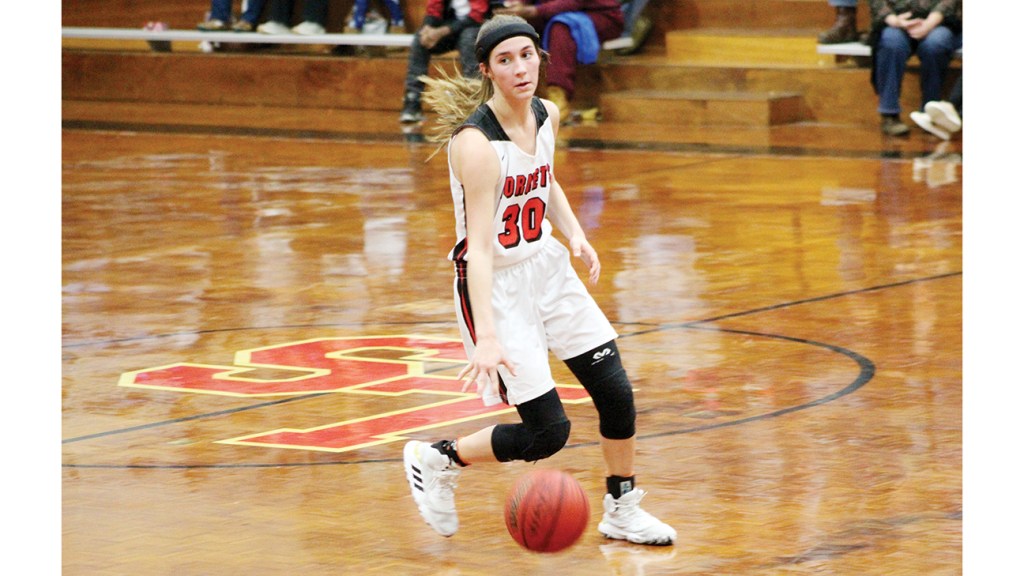 In a rare, late season non-region high school basketball matchup, it was the homestanding Loyd Star Hornets taking a pair of games from the visiting Stringer Red Devils Monday night.

In the opening girls’ game, coach Gene “Moochie” Britt saw nine of his Lady Hornets score as they cruised to a 63-42 victory. In varsity boys’ action, coach Seth Britt and his crew gutted out a tough 49-41 victory.

Wallace and Britt each handed out five assists and Hughey made four while grabbing five steals.

The Lady Hornets are currently 4-2 in Region 7-2A action — which puts them in second place behind West Lincoln (6-0). Wesson and Bogue Chitto both trail with 3-3 records.

The win was some welcomed medicine for the boys’ team as they busted an eight-game losing skid that came despite Loyd Star playing better basketball of late.

Last week, they were narrowly beaten 58-54 by a West Lincoln team that is firmly set as the second-place team in the region behind Amite County.

Stringer (1A) had beaten the Hornets 48-47 when the two schools met earlier in the season.

The Hornets (9-12) got a season high 26 points from senior Reese DeHart. DeHart was coming off of a 24-point game against West Lincoln.

Mills pulled down a team high 13 rebounds and Smith led the way with five steals.