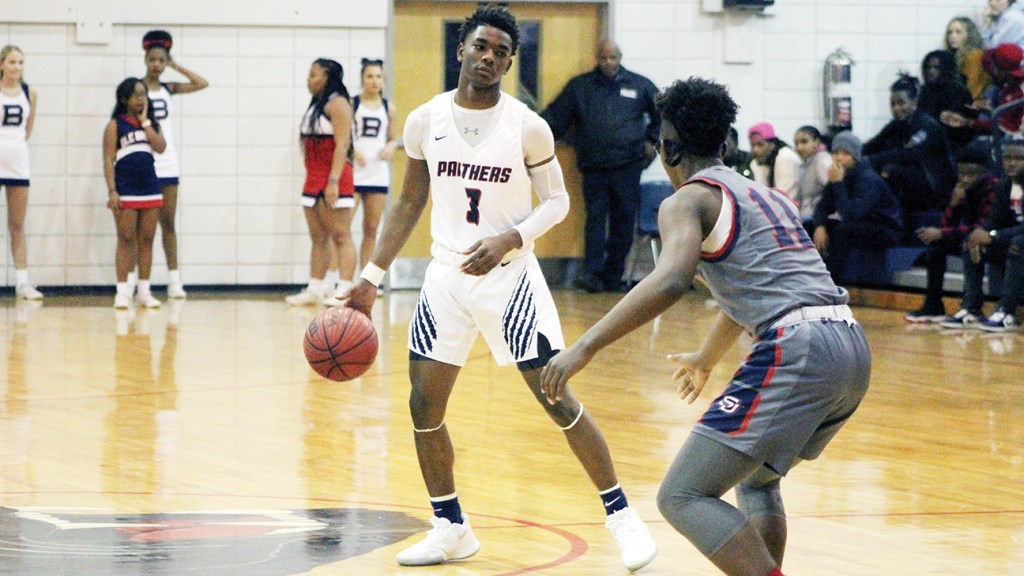 Here’s a roundup of how area hoops teams faired in Friday night action.

Region 5-5A play finished up for Brookhaven High on Friday night and the Panthers took two games from the visiting South Jones Braves.

It was senior night but not much was needed from the senior quartet of Ayanna McNairy, Snudda Collins, Jayla Henry and Lulu Cook.

Collins scored 10 points, as did junior point guard Ashanti Louis and freshman Angel Wilkinson. BHS jumped up 9-0 to start the game and led 40-27 at halftime. In the third quarter they outscored SJ 22-2.

When South Jones hosts the region tournament next week the two teams will meet again in the opening round.

Senior guard Johntavious Wilkerson was strong all night for coach Marcus Flippin as his attacks to the basket earned him a team-high 17 points. Sophomore Demeriuntia Jackson was the only other Panther in double figures with 10 points.

Wilkerson and fellow seniors Caleb Edwards, Jermario Hersey, Piedro Wilson and Kadarius Wells were honored in a ceremony before the game.

The Panthers will face West Jones in the opening round of the region tournament with a MHSAA 5A playoff berth on the line. The teams split their regular season matchup with BHS winning by five on their homecourt and the Mustangs taking a 66-57 victory in Soso.

The regulars season wraps up for BHS Friday with a trip to Vicksburg.

Coach Rusty Newman and his Wesson Cobras made some noise in Region 7-2A with a 56-43 win over West Lincoln Friday night in Jack Case Gymnasium.

WL had one the first matchup between the teams 53-50. West Lincoln (12-9, 6-2) still has a one-game lead over the Cobras (11-10, 5-3) in the division standings for second place, but the Bears still must play first place Amite County Friday in Flea Hop for their regular season finale.

Bogue Chitto swept a pair of games over Enterprise at home Friday night.

In the girls’ game, the Lady Bobcats were 58-23 winners over the Lady Jackets. Coach Robbie Walters and his Lady Cats (18-7, 4-4) are at Amite County tonight while the Lady Yellow Jackets (3-17, 1-7) host West Lincoln in their home finale.

The Loyd Star Lady Hornets (16-7, 6-2) and coach Gene “Moochie” Britt further solidified their status as the second-place team in Region 7-2A with a 51-30 win over Amite County Friday night in Liberty.

The matchup for the Brookhaven Academy Lady Cougars (20-10, 5-1) tonight at Silliman Institute is the biggest game of the season for BA as the top spot in MAIS District 4-4A is on the line.

The shocker of the night was that ACCS defeated BA in the boys’ game — 55-51. A win earlier in the week over Oak Forest had the Cougars in first place in their division, but the loss to the Rebels — a team they’d beaten 43-38 earlier in the season — now puts them into second place.

In a Region 6-4A matchup Friday night in Monticello, the Lawrence County Cougars split a pair of games with the South Pike Eagles.

LC is on the road for their final two games this week as they play at North Pike tonight and then travel back to Pike County on Friday to wrap up the regular season at McComb High.