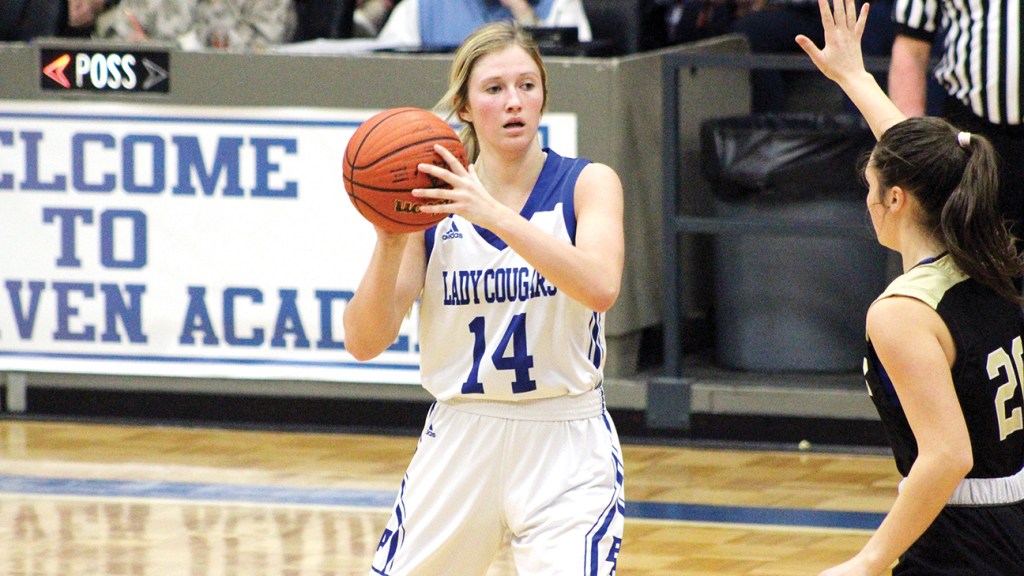 When the new classifications system was introduced last year by the MAIS, Brookhaven Academy boys’ basketball coach Josh Watts looked at the teams that would be in the new 4A-South with his school and said it would be a definite step up over the competition that the Cougars had faced in the old AA classification.

This week the Cougars take that first step as they seek to climb through the postseason beginning with the MAIS 4A South State Tournament at Oak Forest Academy in Amite City, Louisiana.

Last week, the Lady Cougars avenged their lone district loss with a 26-20 win over Silliman Institute on the road.

Simpson beat Hartfield Academy 53-47 in their district tournament championship game which was held at SA. BA’s district did not hold a tournament.

Hartfield outscored Simpson 19-2 in the third period before Simpson came back to outscore HA by six in the final quarter.

If BA and Hartfield (24-4) win their respective first round games, they’ll meet in the semifinals Friday at 5:15 p.m.

There might not have been a more competitive division in private school basketball than the battle between Simpson Academy, Hillcrest Christian and Hartfield Academy for the top three spots in MAIS District 3-4A on the boys’ side.

The regular season saw all three finish with two division losses. In the district tournament last week, Hillcrest knocked off Hartfield after losing to them just a week before.

That pushed Hartfield (18-7) into third place, which leads to them facing Brookhaven Academy (22-8) in a huge elimination game Wednesday at 6:30 p.m.

A win for BA would move them to the semifinals that take place Friday at 6:30 p.m. to most likely face Simpson Academy (27-6).

BA lost 48-45 at Simpson early in the season before getting revenge with a 75-66 overtime win on their home court Nov. 21.