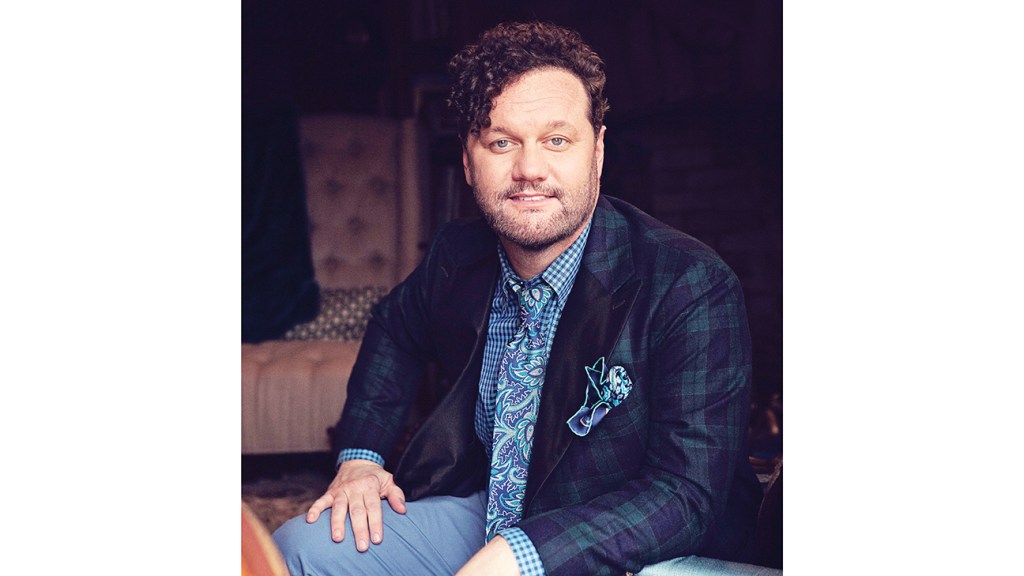 David Phelps, a multi-Grammy and Dove Award winning vocalist — perhaps best known as a former member of The Gaither Vocal Band — will be in concert at Easthaven Baptist Church Feb. 28.

One of the most recognizable voices in gospel music is coming to Brookhaven Feb. 28.

A multi-Dove and Grammy Award-winning recording artist, Phelps was a child musical prodigy from East Texas who earned a music degree from Baylor University and has become a nationally-celebrated vocalist, performing for more than two decades. He’s performed at such prestigious locations as Carnegie Hall, the White House and Sydney Opera House.

With 14 solo albums to his credit, plus a list of studio and live albums recorded with the Gaither Vocal Band and other artists, Phelps employs his three-octave range as the centerpiece of his vocal-centric concerts. This event will include a full band and his musical entourage, including his daughters Callie and Maggie Beth, and will feature many of the songs from his “Hymnal” recording, such as “How Great Thou Art,” “In the Garden” and “Amazing Grace.”

Phelps is no stranger to Southwest Mississippi, having performed in the area several times over his career. He’s looking forward to being here again and sharing with those who attend.

“I hope they can expect some good music and to be moved,” Phelps told The Daily Leader. “What we do is definitely a vocalist type of concert, and because we do gospel music we have a chance every night to give people encouragement and hope, if we do our jobs right. And we want people to have a good time. We work really hard to present a good time.”

Robert Mayfield, Easthaven’s music and worship pastor, said the church is excited to host such an incredible singer.

“I have always been amazed at his giftedness and vocal ability.  This is going to be a great night that you will not want to miss,” Mayfield said.

Phelps said it is his daily focus to live out the purpose God has given him, which includes performances like the Easthaven event.

“Understanding my purpose is really something that moves me forward. I can get bogged down in logistics and putting out fires,” Phelps said. “As long as I have breath in my lungs, I must have a purpose here — serving the Lord, serving my wife and children, and making music and art to inspire and give people hope.”

The Brookhaven audience can expect songs they know and love, Phelps said, as well as a few new recordings slipped in here and there. He and his band have always prided themselves on their eclectic mix, he said, and he believes people of any age group will find something they like.

“We use music as a vehicle to share the love and hope of heaven, the things that get us through every day,” Phelps said.