BC opens playoffs tonight at Puckett 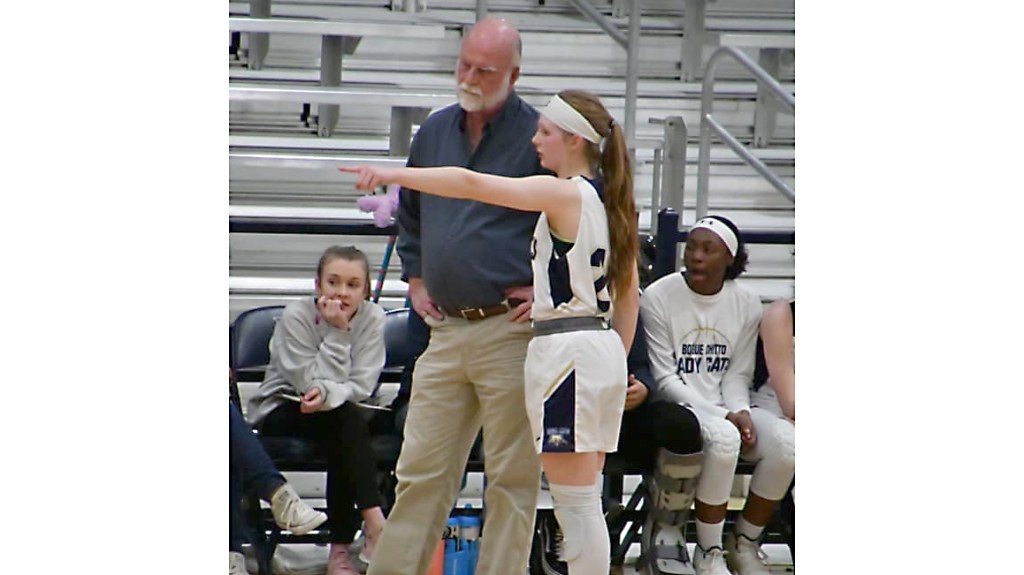 Photo by Stacy Leake Bogue Chitto coach Robbie Walters and his Lady Bobcats travel to Rankin County tonight to take on the Puckett Lady Wolves for a 6 p.m. tipoff.

Despite finishing third in Region 7-2A the Bogue Chitto Lady Bobcats are far from a pack of kittens. They are a 20-win team for a second straight season under coach Robbie Walters. Tonight, though they’ll face a big challenge when they travel Puckett tonight for a MHSAA 2A opening round playoff game.

Puckett (25-4) was beaten handily 67-43 by Bay Springs in the Region 5-2A girls’ championship on Friday. The teams had split their regular season matchups.

Bogue Chitto (21-9) is coming off a 51-20 win over Wesson in the consolation game of the Region 7-2A tournament at Loyd Star.

Senior guard Rose Warren is the motor that drives Puckett for coach Holly Moncrief. A Southern Miss signee — Warren is a key reason Puckett went 25-3 last season and 27-3 the season before that.

“Everything goes through her,” said Walters. “She’s got a nice shot and penetrates well. They’re very aggressive on the boards and have a group that has been playing together for a long time. They’ll be tough on their homecourt.”

The senior duo of forwards Katelynn Palmer and Kemilah Clay led BC with 11 and 10 points respectively in the win over Wesson. Sophomore Kaitlin Poole came off the bench to score 11 points for BC. Rylea Carter was the fourth Lady Cat in double figures with 10 points.

Palmer and Edwards were named to the All-Region Friday night after the tournament championship game.

Last season BC were runners-up in the division tournament and whipped Collins in the first round before being eliminated by Bay Springs in the second round.

Tipoff in Rankin County is scheduled for 6 p.m.