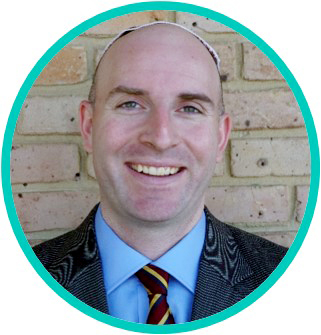 Thousands of years ago, a plot to massacre Jews was thwarted by a queen and one of her family members. Tonight, a rabbi will discuss this event and the festival that commemorates it, at the monthly gathering of the Lincoln County Historical and Genealogical Society.

Rabbi Aaron Rozovsky, director of rabbinical services at the Institute of Southern Jewish Life, will be at the Jimmy Furlow Senior Citizen Center in Brookhaven at 6:30 p.m. tonight to present an explanation of the Jewish celebration of Purim, the festival commemorating the defeat of Haman’s plot to eliminate the Jews in Persia, as recorded in the Old Testament biblical book of Esther.

Rozovsky has degrees in history, Spanish and international studies, and was ordained in 2018 at Hebrew Union College-Jewish Institute of Religion.

“This is my dream job,” Rozovsky said of his role with ISJL. “To serve small Jewish communities throughout the South who have added so much to the American fabric and our understanding of what it means to be Jewish is the opportunity of a lifetime.”

Rozovsky has taught at a Reform Jewish high school, worked at the Center for Holocaust and Humanity Education, as a student advisor at Miami University of Ohio, and has served as student rabbi in Indiana and Michigan. He has also served as a military chaplain with the Rhode Island Army National Guard and as a liaison officer for the US Army –Israel Defense Forces in Jerusalem.

Purim is held on the 14th day of the Hebrew month of Adar, usually in March or April, and is a much more relaxed celebration than many Jewish holidays. Rozovsky will explain several of the traditions that make this festival lively and fun for participants.

The free event is presented in recognition of members of the local Jewish community, who have provided use of the former B’nai Sholom Temple to the historical society.