Yesterday I received one email, two phone calls and four cell phone calls from Lipsey School informing me that on Friday, March 6, they would be releasing the students at 12 noon so that they “could show support of the Lady Panthers Basketball team, who will be participating in State finals in Oxford.” This also happens to be when nine weeks testing is (however the school started nine weeks testing a day early so they could secure this half day off).

First, I would like to know how much each one of these “messages” to me costs the school district, as I find seven messages saying the same thing to be quite excessive, and a waste of my taxpayer money.

Second, I find it interesting that this “show of support” just happens to be in conjunction with the upcoming spring break, as well as on a Friday, thus giving the teachers and administrators an extra half day off prior to the “vacation” under the guise of “support” for a high school team participating at an event several hundred miles away. Somehow, I doubt many if any of the students or faculty travel to Oxford to show support in person, so what is the reason for this besides giving the teachers an extra half day off?

As this is not the first time that Brookhaven School District has pulled this type of stunt (they did it earlier this year in support of another state championship game), also in conjunction with a weekend, thus giving them an extra half day off, it is of little surprise.

I have noticed an ever-increasing amount of time being taken off by teachers under the guise of “professional development days,” “report card days,” athletic events and the ever-popular “High School Homecoming” day — which has always confounded me as to why any school besides the high school would take time off for that, as no one in junior high school or below has anything to do with High School Homecoming.

What is even more absurd is that these days are almost always in conjunction with a weekend.

I pay property taxes, unlike many of the people who benefit from public school, so I am concerned about how my tax dollars are spent, and want the most “bang for my buck.”

Once again I would call for the school system here in Brookhaven to be more concerned with basic education of the students, to give them the knowledge and tools necessary to become productive citizens. The schools’ teachers and administrators should not be worrying about how they can take time off in conjunction with a weekend or vacation; teaching some liberal indoctrination principle; some politically- or environmentally-correct garbage, or how they can avoid actually teaching by using the internet, smart phones or computers to do their job for them.

Education requires “hands on and personal attention,” which I believe is what we pay the teachers to do and what we expect the school superintendent to enforce, which by the way would require them to be at their job, not taking a half day off for some bogus excuse. I doubt my employer would be willing to give me a half day off with pay, so I could support a state high school athletic event.

Letter to the editor: Grass is keeping us from walking 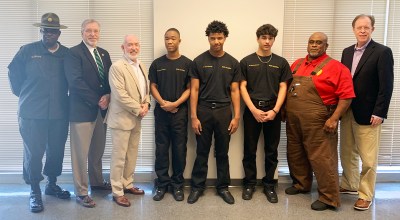