Many high school baseball teams back in action during spring break 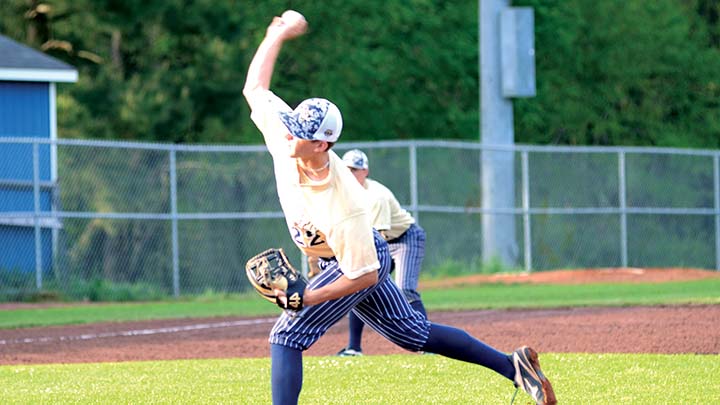 If the sunny weather that the area has had over the last few days holds, then there will be high school baseball played nearly every day this week.

Classes may be out for spring break, but area high school baseball coaches are hoping to get as many games in as possible as most are starting region play soon, despite much of the non-region schedule being washed out by rain.

In the win over FC, coach Gareth Sartin saw Shaw King and J.T. McCaffrey hit a double each.

King got the pitching win as well as he struck out 12 while giving up six hits over a complete game of seven innings.

Against Salem Gladden had a pair of doubles. Anderson, King and Carson Price all also hit two-baggers in that win.

Anderson drove in a team high three runs and Gladden pitched the win by giving up one hit and striking out five in three innings.

Next up: Today vs. Oak Forest at Parklane Academy, 7 p.m. Wednesday vs. Columbia Academy at Parklane, 10 a.m.

Last time out: Saturday the Cougars (5-5) dropped a pair of games as they first loss 5-2 to MHSAA 6A Warren Central.

In their second game of the day they were defeated 1-0 by fellow MAIS 4A member Hartfield Academy.

Caston Thompson also hit a double and a triple for coach Caleb Upton and drove in four RBIs as well. Tanner Watts and Judson Griffin drove in three RBIs each for the Cougars.

Collin Waldrop was the winning pitcher as he tossed the first two innings and gave up one hit while striking out three.

Last time out: The Panthers (5-2) split their final two games at the Trey Altick Memorial Tournament in Monroe, Louisiana — beating Vilonia (Arkansas) 2-0 and losing their finale 16-6 to Pineville (Louisiana).

Maney Miller pitched the win over Vilonia and struck out 11 while only walking two. Miller gave up four hits in seven innings and tossed 108 pitchers for coach Matt White.

Piker Wallace hit a double and drove in three runs in the loss to Pineville and was the only BHS batter to get a hit in the in over Vilonia.

Last time out: Coach Cass Brister and his Yellow Jackets (3-2) are done for the holiday break as their next game will be the region opener against Amite County.

Friday the Jackets were beaten 8-0 by 4A Florence before bouncing back to get a 19-4 win over Salem Saturday morning. In their Saturday nightcap EAC saw North Pike take a 4-1 win.

Lawson Chemin led his team at the plate against Salem with a double among his three hits. Senior Colby Beard had a team-high four hits and drove in five runs. Senior Austin Fugler also had a pair of hits in the win.

Next up: Today vs. Mendenhall at Lawrence County, 3 p.m.

Last time out: The Hornets dropped a 12-4 loss to 4A North Pike on their field Friday.

Coach Jared Britt saw his Hornets (3-2) jump out to an early 3-2 lead before NP took the lead back for good with a four run second inning.

The Jaguars only held a 6-5 hitting advantage, but LS was done in by five errors on the night.

Casen DeHart led the Hornets with a double and RBI in the loss. Reese DeHart also drove in a run for Loyd Star.

LC pitchers Jakob Hedgepath and La’Darion Sutton combined to get the no-hitter for coach Seth Avants with Sutton throwing all but five pitches on the day.

Next up: Today vs. Magee High at Lawrence County, 11 a.m.

Last time out: The Bears (1-4) dropped an 8-5 loss to Lawrence County Saturday.

Taylor Allen and Travis Hall got two hits each for coach David Gilbert. Allen doubled and drove in a run.

Hall also had an RBI as did Grant Jackson. Noah Addison, Tyler Allen, Cooper Moak and Jackson all also hit safely for WL.

Last time out: The Cobras (0-6) took on Mendenhall Monday in Monticello and saw the 4A Tigers take a 6-4 win.

Bizot hit a double, as did Davis.

On the mound Bizot struck out six in four innings of work. He gave up two earned runs on three hits.

The Cobras will next play in their division opener against West Lincoln next week.