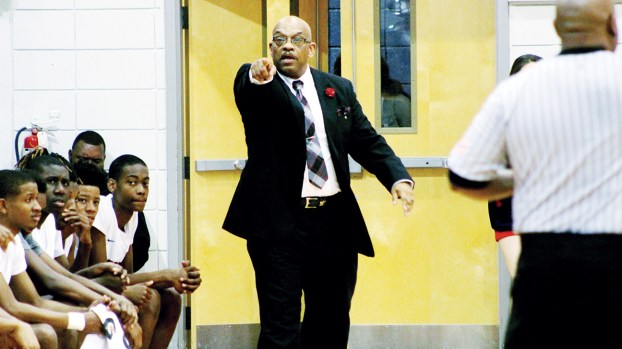 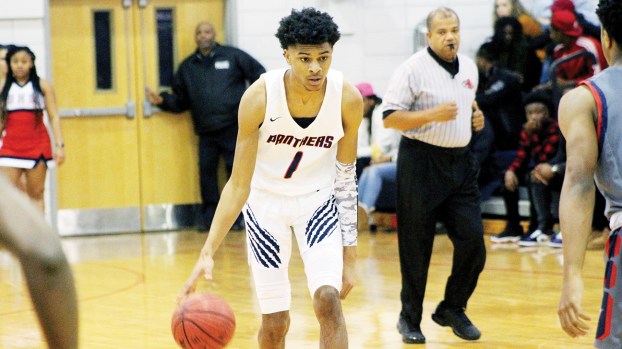 Photo by Clint Furr Senior Jermario Hersey of Brookhaven High will suit up for Mississippi today in all-star action at MC. Alabama won the 2019 game in Montgomery. 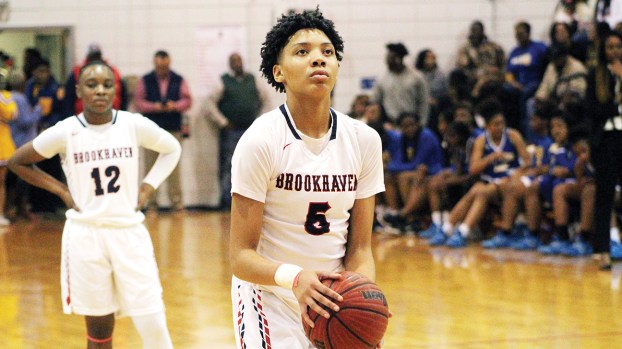 Photo by Clint Furr BHS senior Snudda Collins will cap her high school career today in the Mississippi/Alabama All-Star Game. An Ole Miss signee, Collins and her team are coached by Vicki Rutland of Lawrence County.

The Mississippi/Alabama All-Star game is coming to the campus of Mississippi College Friday as A.E. Wood Coliseum hosts the annual matchup between the best senior hoopers from the Magnolia and Yellow Hammer states.

Collins of BHS will be coached by LC’s Rutland

Lawrence County coach Vicki Rutland is leading Team Mississippi as the head coach a year after serving as an assistant.

Last year in Montgomery, Alabama, it was the home team getting a 101-82 victory that gave their state a 15-14 lead in the series history.

One of Rutland’s main weapons will be Brookhaven High product Snudda Collins. The 6-foot-1 Collins is an Ole Miss signee and is someone Rutland has seen first-hand many times over the years.

Jacorriah Bracey is another Ole Miss signee that Rutland will have at her disposal. Like Collins and her Ole Brook Lady Panthers — Bracey and Ruleville Central finished as state runners-up last week in the MHSAA playoffs.

Bracey scored 38 points for her team in their 3A title game loss to Senatobia. There are also two Southern Miss signees on the team in Puckett guard Rose Warren and Hattiesburg High center Melyia Grayson.

“We have been working really hard,” said Rutland. “We are definitely undersized compared to Alabama, but our hope is that we play big and with a lot of heart.”

Rutland just completed her 14th season as head coach at Lawrence County. She also serves as the school’s athletic director. The Lady Cougars won the 2018 4A state title and Rutland has also previously won a state championship coaching at Northeast Jones.

The Alabama contingent has three future SEC players on their roster. Spain Park guard Sarah Barker has inked with Georgia. Barker is the daughter of former Alabama quarterback Jay Barker.

Emily Bowman, the 6-foot-5 center from Huntsville, has signed with Vanderbilt and 6-foot-2 center Destinee McGhee has inked with Arkansas.

Alabama has a size advantage as they have four players over 6-foot-1. The only members of the Mississippi team that fit that criteria are Collins and Grayson.

Brookhaven High head coach Marcus Flippin will serve as assistant coach for Mississippi as Bruce Robinson of Warren Central is the head coach.

Senior high-flyer Jermario Hersey of Brookhaven High is also suiting up for the home team. North Pike senior Alijah Martin is another area product that is a member of the Mississippi contingent.

Cameron Matthews, a 6-foot-6 Olive Branch senior and Mississippi State signee, will be a main cog for his team.

Reginald Perry of Fairfield is a strong presence in the paint for the Alabama team. He’ll play next season at Tennessee — not on the hardwood though as Perry is a defensive end signee for Vols football.

“It’s going great,” Hersey said of practice after the first group session on Wednesday. “Everybody’s getting along well and we’re having a great time.”

Hersey is a Copiah-Lincoln C.C. signee who averaged 10 points and 5.6 rebounds in a senior season that saw him battle injury and sickness.

One thing Hersey does well is play above the rim. Standing 6-foot-3, but blessed with long arms, Hersey can rise up and throw down in the open court and or out of a half-court set.

Team Mississippi looks especially athletic on paper with Keondre Montgomery of Forest Hill being another senior with serious bounce.

Asked to name a teammate that he didn’t previously know much about, but who’s impressed him thus far, Hersey went with another future JUCO player.

“Jalen Rice from Madison Central is someone who’s stood out,” said Hersey. “He can really jump and has a nice outside shot.”

Flippin just completed his third year as head coach at Brookhaven High. He also serves as an assistant principal at Mamie Martin Elementary.

He won a state title coaching girls’ basketball at South Pike in 2010 and also worked at Amite County before coming to BHS.

“They’re huge,” said Flippin. “We’ve got some horses to run with, but they’ve got thoroughbreds, too.”

The boys’ game will begin at approximately 7 p.m.