What are we all going to do now, with sporting events postponed or canceled? 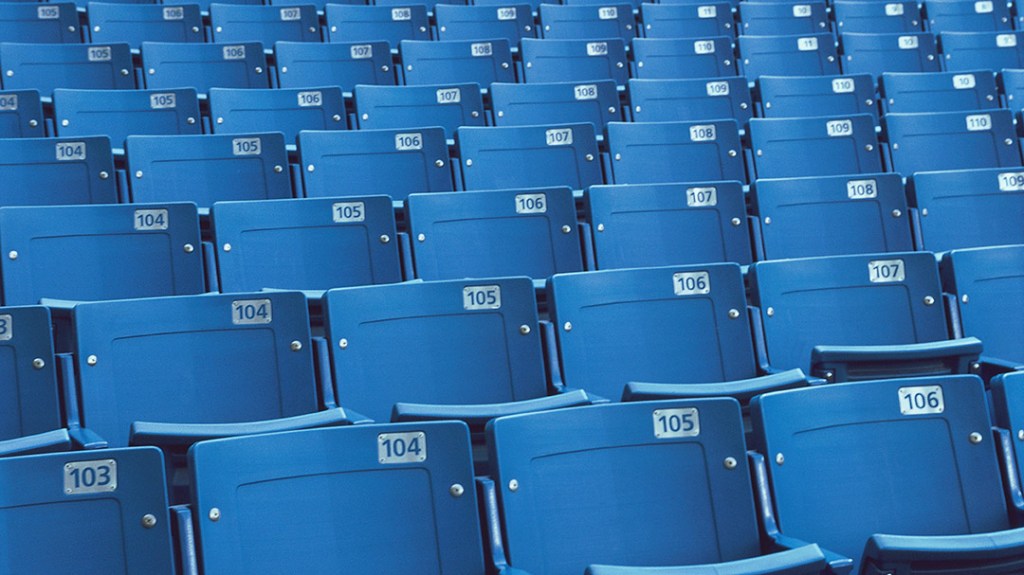 What are you going to watch? What am I going to write about? What are we going to do?

It all feels so surreal.

Like watching a small snowball roll down a mountain and turn into a 2-mile wide avalanche, our world of sports-entertainment was wiped out this week by the virus known as Covid-19.

When the news broke that the NBA was suspending their season after a Jazz player tested positive for the virus Wednesday night, I knew that things were about to change dramatically.

The NBA is a billion-dollar industry and its players are some of the highest-paid professional athletes in the entire world.

If they were deciding to err on the side of caution, then the NCAA would have no choice but to do the same. NCAA student-athletes don’t get paid and the championship week of college basketball has teams flying all over the country — first to their conference tournament sites and then to whatever post-season tournament the school was picked for.

Other than my family, there isn’t much I love more than the NCAA basketball tournament. The opening four days are my Christmas, but the writing was on the wall before any official word came down that Christmas was going to be canceled this year.

A pandemic won the bracket this year. No office pools or online contests. No hours spent pondering who will make the Final Four.

The idea of 67 NCAA tournament games being played in empty arenas without fans was silly. Both the men’s and women’s championships were officially canceled Thursday, just as I had feared.

Is all of this an overreaction? That’s the question that I’ve been wrestling with for the last week. Also, speaking of wrestling, the WWE is still tentatively planning on holding WrestleMania during the first week of April.

I don’t know if this is too much of a knee jerk reaction or if it’s the only option. The reason I don’t know is because I’m not a scientist or doctor or epidemiologist.

This is me admitting I have no idea what’s going on scientifically. Have you noticed that not a lot of people are doing that right now?

Everyone who ever took Biology I as a college freshman has suddenly turned into the head of the World Health Organization.

What we can agree on is that this is historical. I’m not going to say historically bad even because if the spread is contained and in three weeks things begin to return to some normalcy then we’ll look back and know this was the right thing to do.

It just feels so weird because sports are usually what draw us together and bind us as Americans or even human beings when times are difficult.

The post-9/11 World Series felt like something we all watched together. Yes, the Yankees were playing for a title just months after an attack on their city, but that didn’t mean we had to cheer for them.

I’ll never forget watching Luis Gonzalez poke the game winning single over the infield as the dorm room we were watching in exploded in screams. Seeing hall-of-famer Mariano Rivera blow a two-run lead seemed like an impossibility, but the Diamondbacks had done it with the entire world watching.

So now we ask ourselves, what are we going to watch?

No NBA for now, and the same goes for pro hockey, soccer and baseball. No college sports period. No watching postseason college softball from Oklahoma City or baseball from Omaha.

What are we going to argue about online?

No Mississippi State fans talking about Ole Miss baseball on Twitter or vice versa. Kidding — this most likely won’t be stopped by any disease or nuclear Armageddon.

And locally the MACJC has pushed pause on community college athletics until at least the end of the month — just as Copiah-Lincoln C.C. has hot starts going for both softball and baseball.

What are we going to write about on this page?

Most high school athletics are still being played with a cautious eye towards the future. I’m rooting hard that they’ll continue on a close to normal track.

I don’t want seniors to be robbed of their final few weeks of high school sports, but I also have selfish reasons as well. We have a sports page that needs to be filled up every Tuesday through Saturday.

If I can’t go watch games, then what’s going into this space? Book reviews? Updates on my home renovation projects?

Let’s maybe use this time away from watching sports to become better versions of ourselves.

I pledge to not share Facebook articles that come from dubious sources. Won’t you do the same?

Just because someone starts out by saying, “I’m a doctor and I think….” does not mean that person has an actual medical degree.

Let’s agree to put our phones down and read actual books. Anyone read “The Stand” lately? It’s a heartwarming story of light triumphing over darkness by Stephen King. A long, but upbeat and timely read.

Go for a walk, go fishing or call up an old friend that you haven’t talked to in a while — there’s a world of possibilities to fill your time with over the next few weeks or even months without televised sports.

And check back here next week for local sports coverage, Lord willing — or if not that then maybe a column about my failed attempts at trimming and rehanging an old door in my kitchen.

Cliff Furr is the sports editor at The Daily Leader. He can be reached sports@dailyleader.com.