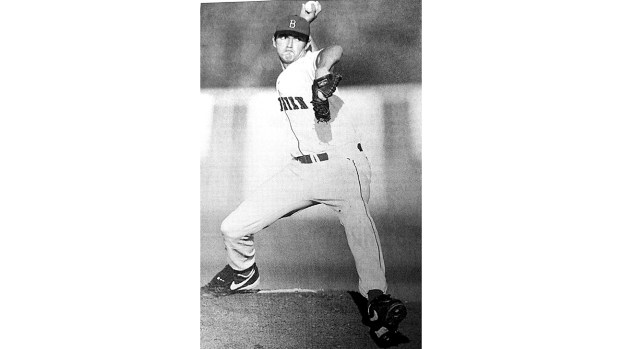 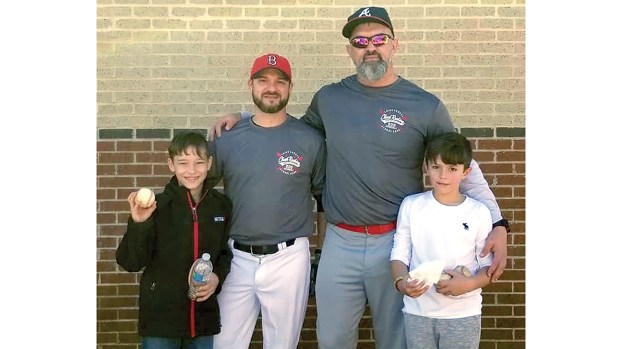 Editors’ Note: Saturday I wrote a column asking what we should write about in the sports section moving forward as Covid-19 has athletic events shut down. The sports networks are filling their time with replays of classic games. We’ll do that in our way as The Daily Leader archives have been opened to look back at events from this day or week in history. I’ll be writing these as columns because “I” don’t want to write about 20-30-year-old stories without being able to use first-person pronouns. Today we’ll start with a game that I remember reading about as a high school junior. – Cliff

Emerson wasn’t nervous about achieving the feat during the course of the game because he didn’t realize it was even happening.

“I didn’t have any nerves, I just went out and pitched,” Emerson says looking back on that day. “Honestly, when it was over I knew I had pitched a no-hitter, but I had no idea it was a perfect game until coach Hayes ran out and hugged me.”

Coach Robbie Hayes told The Daily Leader at the time that “Cody pitched the first perfect game I have ever seen.”

It wouldn’t be the last though — Emerson pitched another perfect game later that same season when BHS met up again with Crystal Springs.

Emerson struck out five in his first perfect game, the second time he struck out 13 Crystal Springs’ batters.

“The other 10 outs in the first game were my defense and I made sure to acknowledge and tell them that,” said Emerson. “The second one, 92 percent of my pitches were strikes that day and they made sure to remind me of that as well.”

The offensive support in that first win came from the entire lineup. Catcher Aaron Oberschmidt went 2-of-3 with a single, double and three RBIs. Donta’ Dixon drove in a pair of runs and Fred Perkins doubled as did Ben Goza.

“Fred and Dontae’ made some outstanding plays to take away hits from them,” said Hayes to DL reporter Will Watson after the game.

Asked to name what he misses the most about high school baseball, Emerson doesn’t miss a beat to answer.

“The camaraderie,” he says. “Those guys on that team were my brothers. Most of us still talk today. Coach Hayes had a special way of speaking to us and making us one unit.”

The Emerson you see today looks a lot different than the kid on the mound captured in a photography by Thomas Wells that ran with the story.

He’s worked in the oil and gas industry for a number of years all over the world. He’s also jacked up like a young Hulk Hogan from years of lifting weights.

For Emerson the clanging of steel plates has helped him fill some of the competitive hole he felt when baseball ended.

“Lifting is what I’ve done to have competition after baseball ended,” said Emerson. “I had a chance to possibly get a walk-on scholarship, but coach said I’d have to work to pay my way, so I didn’t pursue it — and to this day I miss every single minute of playing ball.”