To save a dog, Brookhaven Fire Department goes ‘above and beyond’ 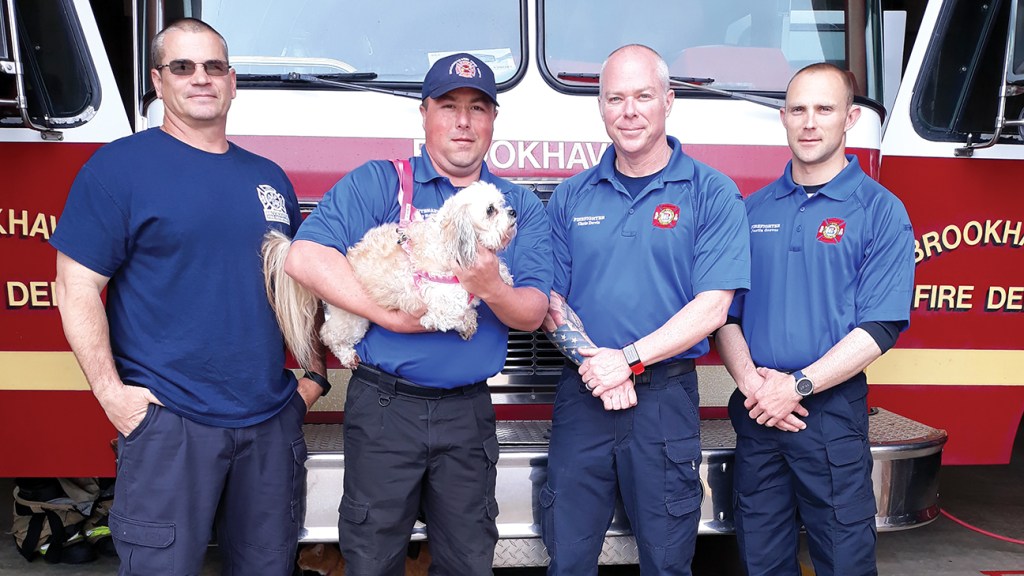 Molly, age 10, has a few new best friends in the fire fighters of Brookhaven.

The Chinese Crested powderpuff canine was in dire straits recently when the home of her owner caught fire and Molly couldn’t escape.

Brenda Boyd called 911 at 11:59 p.m. on the night she realized her South Smylie Street home was on fire. The BFD report for that evening shows units began to roll in her direction just three minutes later.

On arrival, fire fighters found heavy smoke and flames at the back of the dwelling, extending into the attic area. They entered the residence through the front door and were able to extinguish the fire.

Two of Boyd’s dogs were able to escape the home on their own, but one dog — Molly — was not.

Boyd said firemen searched her home in the smoke until they located Molly in a bathroom, unresponsive. One of the firemen carried the dog outside and began to blow air through cupped hands into the pet’s snout as another fetched oxygen.

“They applied some oxygen and the dog recovered. A little bit longer and the dog wouldn’t have made it,” said BFD Chief Tony Weeks. “After that, they took it to the vet and it was under veterinary care for a little while.”

Though they were on scene for barely 1.5 hours, the men in boots and BFD turnout suits made a lifetime of impact on Boyd and her Molly.

“They went really above and beyond,” Boyd said, noting the two who resuscitated Molly would not give her their names, saying it was a team effort and they didn’t need recognition.

“But I want them to have special recognition,” Boyd said.

Boyd spent a short period of time in the hospital and insisted on an immediate first stop once she was released — Central Station. She wanted to personally thank everyone she could for what they did for her and her home, but especially for her dog.

“None of us do what we do for recognition,” Weeks said, “but we do appreciate it.”

“They did a really good job,” Weeks said. “They always do a good job.”

Boyd also expressed thanks to the Brookhaven Police Department officers who responded to assist, including her grandsons Tanner Hemby and Thomas Allen, and her family and neighbors who she said came quickly to her aid.

“I just want to say ‘Thank you’ to all who responded,” Boyd said repeatedly, “but a special recognition to the fire fighters for saving my dog.”