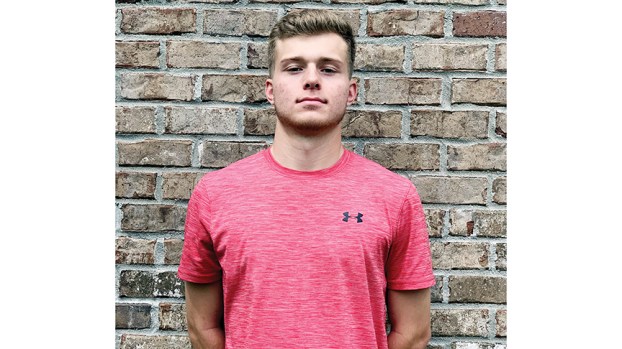 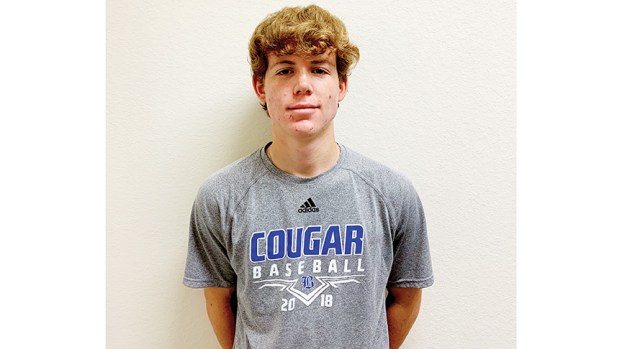 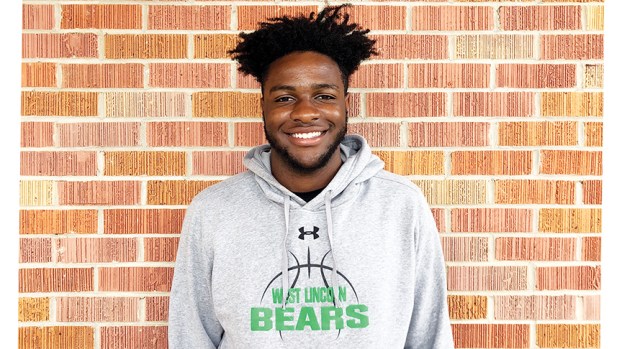 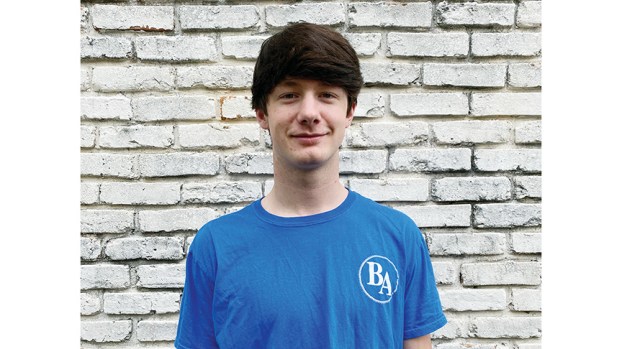 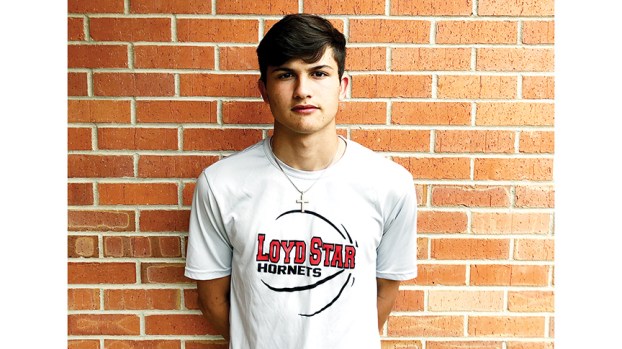 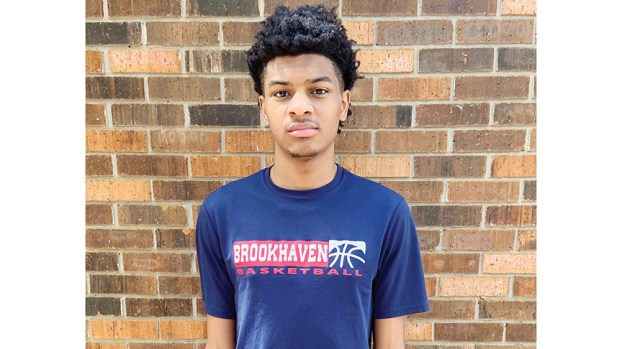 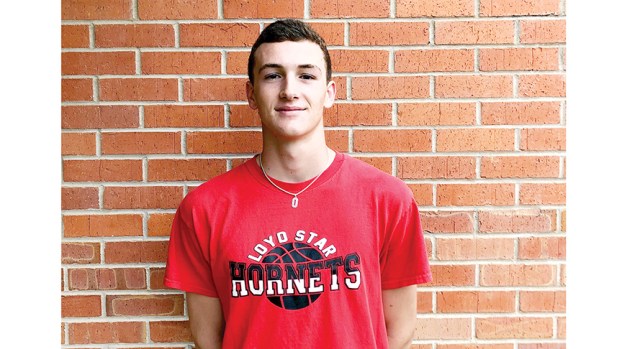 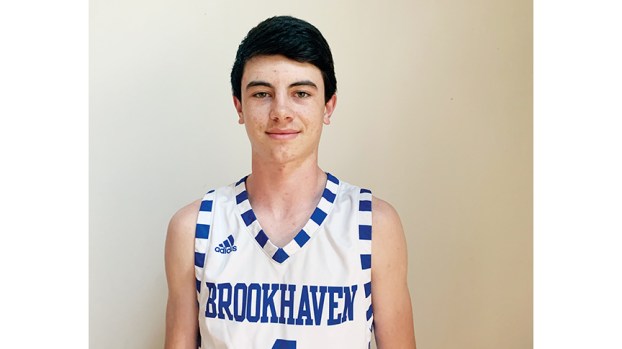 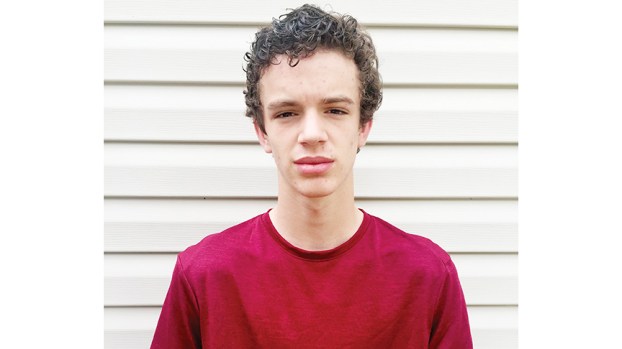 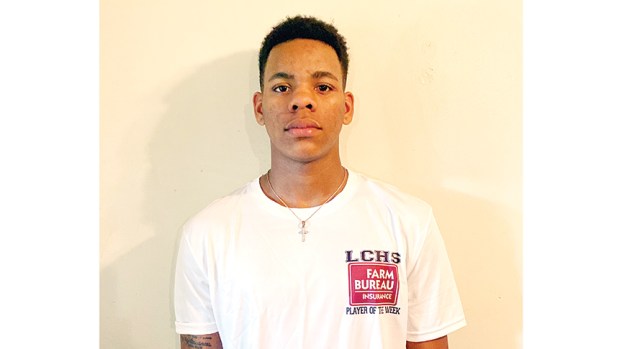 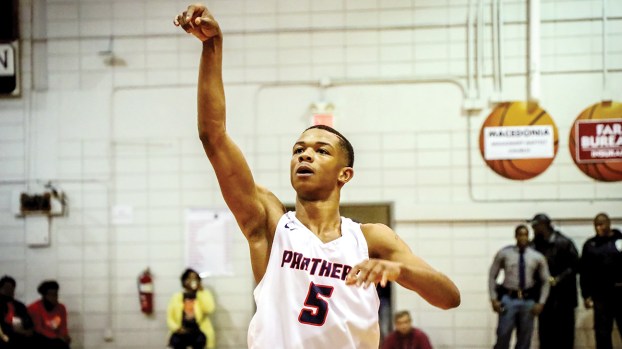 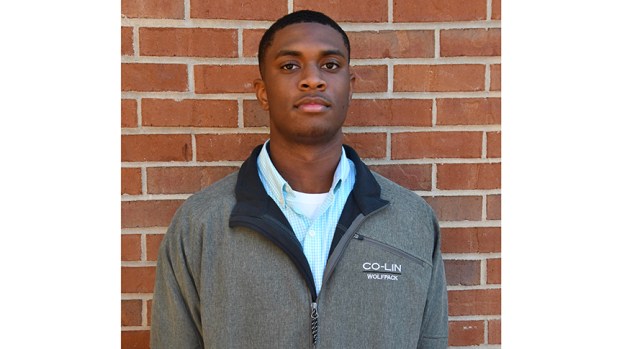 Willing to do whatever physical work inside that it took for his team to win, forward Kenner Bizot was the heart and soul of the Wesson Cobras as a senior. Bizot averaged 18.2 points, 9.8 rebounds, 1.5 assists, 1.4 steals, and 1.2 blocks per game for coach Rusty Newman and the Cobras (15-12).

Bizot is the son of Copiah-Lincoln head men’s basketball coach Kenny Bizot. When the elder Bizot was playing at Mississippi College in the early 90s he was awarded the Mr. Hustle Award for four straight seasons. The apple doesn’t fall far from the tree as his son led the area in dives across the floor and all-out effort plays.A talented baseball player who’s pledged to Co-Lin next season, Bizot has literally grown up in the gym. He was named Region 7-2A MVP as he helped lead Wesson to a second-round playoff appearance.

A bouncy wing with a knack for getting the ball in the hole, junior guard Gavin Brogden gave Brookhaven Academy a big boost when he transferred back to the school from Texas this season. The hard-nosed Brogden averaged 10.2 points, 2.7 rebounds, 2.3 assists and 2.1 steals per game for coach Josh Watts and the Cougars (22-9).

Brogden went to BA when he was younger and was a go-to offensive option while in junior high. After spending his sophomore season in Texas, he thrilled Watts with a move back that bolstered the Cougar lineup.

One of the biggest wins of the season for BA was a 75-66 overtime victory against eventual overall state champion Simpson Academy. Brogden hit a shot to send that game to overtime that was a great sample of what he does well. Using his quick first step, he got past his defender and calmly leapt off the bounce from mid-range to knock down a jumper that sent the home fans into a frenzy and the game into OT.

No one in the area had a bigger inside presence than 6-foot-6 West Lincoln senior center Keshon Byrd. Forced to miss 10 games in the early season due to a hand injury, big Byrd came back to average 8.4 points, 7.5 rebounds and 2.2 blocks per game for coach Brooks Smith and the Bears (14-13).

In the county tournament Byrd injured his wrist when he slapped the backboard on a missed blocked shot attempt. He spent much of December with his hand and wrist in a cast before returning to the court on January 7 against Loyd Star.

Byrd is a Co-Lin signee and is a repeat selection to the all-area team after being selected last season as a junior. West Lincoln basketball is in his blood as his mother Kizzy Byrd suited up for the green and white. His younger sister is also an all-area player for the Lady Bears and his step-brother Ty Brotherns was a fellow West Lincoln starter.

When Loyd Star guard Reese De’Hart got hot from the outside he could heat it up like a microwave during his senior season. A long-range bomber, DeHart averaged 14.6 points, 2.3 rebounds, 2.0 steals and 1.2 assists per game for coach Seth Britt and the Hornets (13-16).As a junior DeHart came off the bench for a deep, senior laden Hornet team that won Region 7-2A. He was fifth on the team as a junior with a 5.6 points per game average. A southpaw who was also an all-area baseball selection as a junior — DeHart upped his point production by dialing in from deep.

He made five 3-pointers and scored 22 points in a win over Bogue Chitto and was an efficient 5-of-8 from deep in a loss to Pisgah. He had a killer week in late January when he scored 24 in a close loss to West Lincoln and 26 in a close win over Stringer.

Able to operate inside or outside the paint, sophomore forward Tyler Fortenberry stepped into the role of leading scorer in his first full varsity season for Brookhaven Academy. The long, athletic Fortenberry averaged 16.7 points, 4.7 rebounds, 1.5 steals and 1.1 assists for coach Josh Watts and the Cougars (22-9).

As a freshman Fortenberry split his time between the junior varsity and varsity squads. He led the JV bunch in scoring and started in the state title game — scoring the first four points in what was a win for the Cougars. Fortenberry was also an all-area selection as a quarterback as a sophomore.

He operates best within the Cougar offense at the mid-post and free throw line area. If the defense puts a bigger player on him then Fortenberry puts the ball on the floor and drives around them. If the defender is smaller he gets into the lane and uses his nearly 6-foot-5 frame to go over the top and score.

Apt to take flight and throw down from anywhere on the court, Brookhaven High high-riser Jermario Hersey got respect from defenders when he headed towards the rim. The senior guard battled sickness and injury to average 10.1 points and 5.6 rebounds per game for coach Marcus Flippin and the Panthers (12-17).

A Mississippi/Alabama All-Star game selection, Hersey plays much bigger than his 6-foot-3 height. His arms are long and when he cocks the ball back his dunks have a certain intensity. Hersey played football for the first time as a senior and lined up at wideout for the Panthers.

Hersey came into the gym nicked up from football, but despite missing court time he still signed a scholarship with Co-Lin. A need for more overall team length was something that CLCC coach Kenny Bizot had on his wish list and Hersey checks all those boxes as he arrives in Wesson next season.

On a young team that was rebuilding a year after winning a region title, Loyd Star senior guard Stephen Mills was the glue that held it all together. Mills scored 13.3 points per game and grabbed a whopping 7.8 rebounds per game — he also got 2.2 assists, 2.1 steals and 1.1 blocks per game for coach Seth Britt and the Hornets (13-16).

It’s no surprised that Mills got so many rebounds with hustle and heart. If you watched him play football, then you’d know how gritty of a player he is — earning all-area honors as a safety and quarterback as a senior captain.

Also, a standout baseball player, Mills drew praise from all of his varsity coaches for his leadership. On a team that was low on height, the 6-foot-1, 165-pound Mills wasn’t afraid to mix it up with whatever the other team threw at him as he fought for every ball he got a hand on.

Playing point guard for a coach who was a point guard himself — Brookhaven Academy senior Britton Nelson is the type of player who knows where all his teammates should be on the court. Nelson averaged 8.3 points, 3.2 assist, 2.7 rebounds and 1.7 steals per game for coach Josh Watts and the Cougars (22-9).

Nelson was an MAIS All-Star and started at point as a junior on a state championship winning team. No team in the area runs more half-court sets than Watts and his Cougars. Nelson leaves BA with an encyclopedialike knowledge of who should be where when his coach yells “Red DeSoto” or “Low-Go.”

Comfortable with a defender pressuring him from the hip, Nelson’s strongest quality has always been the ability to dribble the ball low. In doing so he forces a defender set on getting a steal with the risk of fouling Nelson as he reaches across his body for the well-shielded ball.

Stop if you’ve heard this one before — a Presley is shooting the long-ball in Lincoln County. Born to a long line of deep shooters, Enterprise sophomore guard Taylor Presley made his kinfolk proud by averaging 12 points and 3.8 rebounds per game for coach Shane Adams and the Yellow Jackets (4-18).

Presley’s grandfather Don and great uncle Dan could probably walk onto a court right now and drain a jumper from the corner. That’s often the spot you’ll find Taylor when the Enterprise offense is moving the ball.

What the younger Presley has that can’t be taught is length as he was long and skinny as sophomore for the Jackets. Presley also has been blessed with the gift of touch. Even when his shot misses he shoots with plenty of arch as the ball looks natural coming off his fingertips.

There was no player in the area who made a bigger jump in production this season than Lawrence County senior sharpshooter La’Darion Sutton. He averaged 15.2 points, 2.8 rebounds 2.7 steals, and 1.9 assists per game for coach Pat Bridges and the Cougars (17-10).

As a junior Sutton averaged 7.7 points per game for an LC team that went 17-13, won their region tournament and made the third round of the 4A playoffs. Sutton worked hard in the off season and doubled that output as a senior.

Sutton made as season high five 3-pointers in a 19-point effort against Columbia. He scored 22 in a win over Bay Springs and 22 in another victory against Mendenhall. Sutton also suffered an injury late in the season that forced him to miss the season ending loss to North Pike in the region tournament.

All you have to do is spend five minutes in Sinclair Gymnasium watching the Brookhaven Panthers play and you’ll quickly realize what most basketball fans in the area know — La’Darius “Duke” Thrasher is electric with the ball in his hands. The junior guard averaged 19.2 points 5.5 rebounds, 1.6 assists, 1.16 steals and 1.1 blocks per game for coach Marcus Flippin and the Panthers (12-17).

Thrasher played primarily at point as a sophomore but slid to a more combo-based role in his junior campaign. When things would get tough or BHS needed a bucket — he’d go get the ball and create. He saved some of his best play for late in the season when his team needed it the most. Thrasher scored 35 in a region tournament semifinal win over West Jones. He’s repeat selection after being on the all-area team last season.

Picked for the prestigious MAC All-Star game that was subsequently canceled by Covid-19, Thrasher will be one of the top seniors in the state next season. Strong, slick with the ball and fearless — Thrasher was also a model of consistency as he only failed to score in double figures in one of Brookhaven’s 29 games.

In a long, storied history of Bogue Chitto basketball there may have never been a more business-like student-athlete than Zach Upkins. A guy who brought his lunch pail to work every time he stepped on the court, the senior forward averaged 16.9 points, 12.9 rebounds, 2.2 blocked shots, 2.1 steals and 1.1 assists for coach Robby Walters and the Bobcats (6-20).

The Bobcats started the season 4-2 but would end the year usually only dressing eight players a night. Upkins was an all-area selection in football as a junior and senior. He carried that gridiron physicality over to the basketball court as he was the only inside threat that BC possessed.

Fighting inside for rebounds and points against all comers, the 6-foot-3, 165-pound Upkins would bow his chest out and chase down every ball in his vicinity. Upkins played for three different head coaches in his final three years of hoops but his play was always consistent and always that of maximum effort.