Girls’ all-area basketball team to be revealed in weekend edition 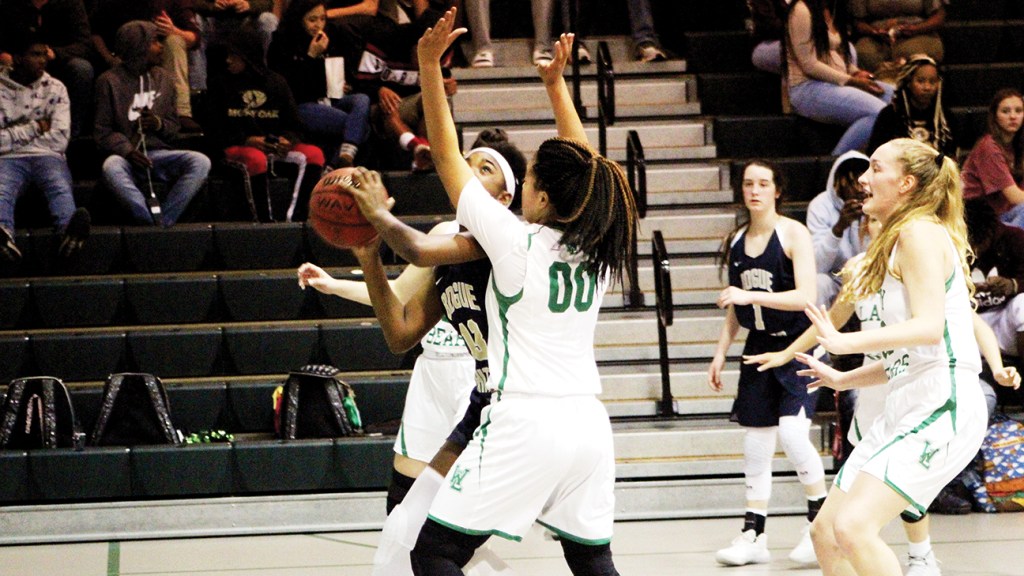 After unveiling the boy’s all-area team last weekend we’ll do the same Saturday for the girls’ team.

There was a time that the paper put out two different teams, an All-County team from only schools that are in Lincoln County and an All-Area team that was drawn from Copiah, Lawrence, Franklin and Pike county schools.

That was later reduced to a single team and the format now used.

When I took over the sports department a few years ago I wanted the honor to be one that matters to the student-athletes in our area.

Too few selections and good players get left off but if you have too many members of the team it loses some of its luster.

I went with 12 members of the team for basketball in addition to the selection of the most valuable player. There are also 10 players that make honorable mention.

At least one player from each school gets a spot on the team.

All that to say there probably isn’t a team that’s tougher to pick than girls’ basketball. There are some great programs in our area and it’s never easy or fun pairing the list down.

The history throughout this area is one that is rich with girls’ basketball tradition. Every school — no matter what their wins and losses look like right now — has that tradition in their past to draw from.

I worked for a couple years in Sinclair Gymnasium as an assistant basketball coach at Brookhaven High.

I would park every morning in the lot and as I walked in the front doors, my eyes would often drift up to the sign on the exterior that commemorated a 40-0 state championship team in 1984.

Chanda Perry was an All-American and one of the most highly recruited high school athletes in the nation. The Lady Panthers were an unstoppable machine under then coach Tommy Goodson.

The same could be said over the next decade as the Bogue Chitto Lady Bobcats dominated 1A basketball for coach Ronald Gill.

The Brookhaven Academy Cougars were also a championship winning program during that era under Gene “Moochie” Britt.

Loyd Star won a 2A state title in 1991 powered by Heather Ratcliff Watts and then head coach Jan Delaughter.

Lacey Palomarez Kennedy burning up the nets at Enterprise, Jack Case leading the 1999 West Lincoln Lady Bears to a south state title, Barry Gray and Brookhaven Academy winning six MAIS state titles and two overall championships during his tenure at the school — the great players, teams, and coaches are too many to name in this space.

Traditions continue to this day

And right now, the next crop of memorable moments are taking place before our eyes as the last three years have seen some great hoops played in southwest Mississippi.

Three years ago Lawrence County won the 4A state title to cap a 31-3 campaign under Vicki Rutland.

Last year it was West Lincoln who went on a magical run that saw them finish 26-6 and runners-up in 2A for coach Brooks Smith.

This season the Brookhaven High Lady Panthers and coach Preston Wilson were 28-4 and lost a heartbreaker to Columbus High in the 5A title game.

If you look down the rosters and to the junior high programs in the area, don’t expect that tradition of excellence to change anytime soon.

That was on my mind in January as I was watching Bogue Chitto at West Lincoln in a Region 7-2A matchup.

The Lady Bears freshman point guard Kara Beth Addison was a blur that night as she scored 17 points and snatched six steals while dishing out three assists.

A couple of those assists went to her fellow freshman Ta’Kyla Brothern who came off the bench to give her team seven points and five rebounds.

With the junior high season having finished, Bogue Chitto coach Robby Walters had a full bench that included members of a JH team that won their championship tournament.

Seeing Brothern, Addison and Porter on the court together was a glimpse into the future of area girls’ basketball and as it has been for decades now — that future remains bright.