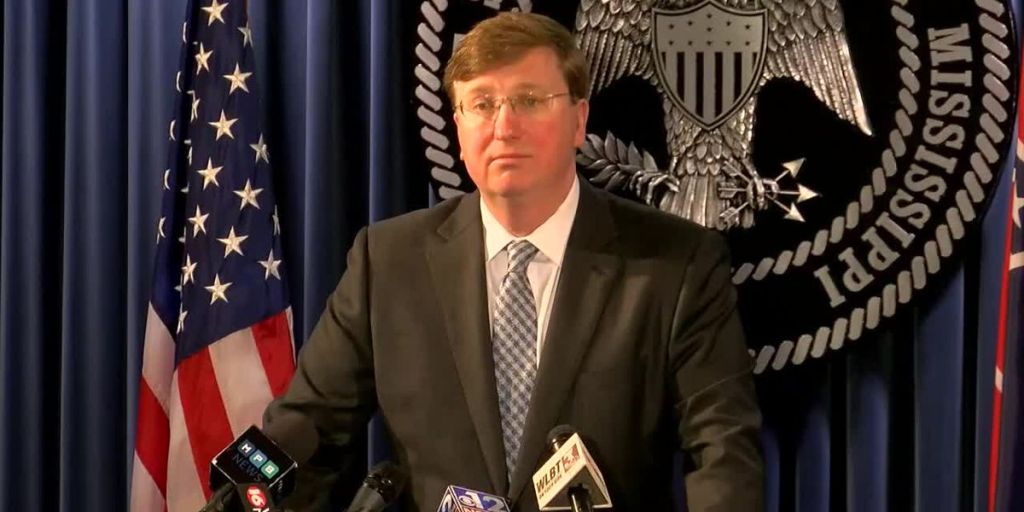 Gov. Tate Reeves announced Wednesday that he is setting a statewide stay-at-home order to try to slow the spread of the new coronavirus.

The order will take effect Friday at 5 p.m. and be in place for two weeks, said Reeves in a Facebook Live announcement.

The governor said the  order would be heavily enforced by law enforcement, with gatherings — public or private — of 10 or more people being dispersed, people kept out of recreational areas and any non-essential shopping or other activities curtailed.

Persons traveling to and from essential jobs, or making short trips for medicine or groceries would be permitted by authorities to continue.

Mississippi has surpassed 1,000 confirmed cases of the coronavirus, according to numbers released Wednesday.

Reeves has been among the minority of governors who had not issued a statewide stay-at-home order. Despite his reticence to do so, an increasing number of Mississippi cities took it upon themselves to set tighter restrictions on people’s movements by closing fitness centers, tattoo parlors, nail salons and barber and beauty shops.

Jackson Mayor Chokwe Antar Lumumba has issued a two-week stay-home order for residents of the state’s largest city that also takes effect Friday. It allows grocery stores, pharmacies and other essential services such as health care facilities to remain open, but it closes businesses such as nightclubs.

The Jackson suburb of Flowood has told restaurants that were still providing dine-in service to offer takeout or delivery only.

Biloxi is setting an overnight curfew, starting Thursday. Police Chief John Miller said officers were still having to break up large groups of people hanging out in the coastal city.

“They usually disperse when we ask them to,” Miller said Tuesday in a video on the city’s Facebook page.

Many of the governors who have resisted statewide stay-home orders are in Southern states. Republican Reeves issued his first stay-home order Tuesday, but for only one of Mississippi’s 82 counties. Reeves said Lauderdale County, on the state line with Alabama, had seen a recent rapid increase in positive tests for the highly contagious virus.

Because testing remains limited as the outbreak grows, many people moving around their communities may not know they’ve contracted the virus until well after they’ve infected others. Most infected people experience mild or moderate symptoms, such as fever and cough that clear up in two to three weeks, but a fraction of people suffering more severe illnesses can require respirators to survive, and as the caseload rapidly grows, hospitals are bracing for a wave of patients.

Gulfport Mayor Billy Hewes set what he calls a “safer at home” order for his coastal city, saying people have “selfishly” ignored recommendations not to congregate in large groups.

“We can choose to endure four to six weeks of debilitating hardship, or six to eight months of devastating quarantine,” Hewes said Tuesday. “While this ‘inconvenience’ has cramped our style, the sad fact is, it’s likely to start killing our friends and neighbors.”

The governor’s order for Lauderdale County began Tuesday night and lasts for two weeks. Reeves and the state epidemiologist, Dr. Paul Byers, said a nursing home there is considered a hot spot for the virus.

Reeves issued an executive order last week telling people to avoid gatherings of 10 or more and broadly defining which businesses are “essential” and can remain open. The order said restaurants can offer takeout or delivery meals but must close their dining rooms unless they’re able to keep 10 or fewer people, including staff, at least 6 feet apart. Reeves said at that time it is OK for cities and counties to set tighter restrictions.