Buying a feeling of security — firearms sales soar during pandemic 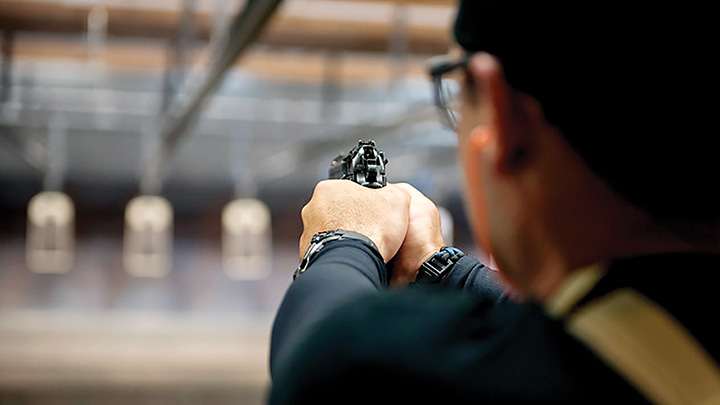 File photo Firearm purchases nationwide increased by 300 percent in March over one year ago. Local sales have increased, as well.

In the midst of concerns over the COVID-19 pandemic, individuals are concerned with more than food and social distancing — there’s also the issue of protection.

“Have sales increased? Absolutely,” Orr said. “I would say we probably doubled what we normally do.”

Around the end of March, the Department of Homeland Security ruled that gun shops are considered “essential” businesses that should remain open as other businesses are closed to try to stop the spread of coronavirus. Gun control groups call it a policy that puts profits ahead of public health and safety.

DHS said its ruling is not a mandate, but merely guidance for cities, towns and states.

In recent weeks, sales of firearms have skyrocketed nationally. Background checks — the key barometer of gun sales — were already at record numbers in January and February. Since the coronavirus outbreak, gun shops have reported long lines and runs on firearms and ammunition.

Background checks were up 300 percent in March, compared to the same month one year ago, according to federal data shared with the National Shooting Sports Foundation, which represents gunmakers. Since Feb. 23, each day has seen roughly double the volume over 2019, according to NSSF spokesman Mark Oliva. March’s figures include firearm sales of about 2.5 million. Handgun sales increased by about 91 percent over March 2019, and long guns increased by nearly 74 percent.

Some argue that keeping gun shops open as essential businesses is unnecessary.

But Oliva says it’s not about stockpiling — it’s about personal security.

“When people aren’t able to provide for their own security or their own safety, they’re going to take measures to make sure that they can. That’s why we have that Second Amendment,” said Oliva. “This is a public safety issue.”

Nevertheless, Oliva says NSSF is cautioning retailers not to complete a gun sale if they have concerns about the potential buyer, but to exercise patience and prudence.

Locally, Orr said he hasn’t seen anyone attempting to stockpile weapons, like a few years ago when rumors were rampant of government threats to confiscate guns nationwide, but sales of pistols — what he deals mostly in — are booming.

“It’s been weird, that’s for sure,” he said. “This is just more of people wanting a gun just to have one for protection, and now is an excuse to get one.”