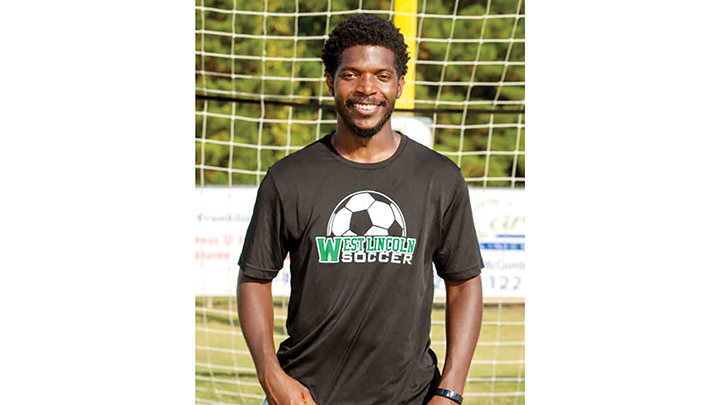 Photo submitted West Lincoln first-year soccer coach Jeremy Johnson has been named region coach of the year after taking the Bears to the playoffs for the first time in just their third season of competition.

The 2019-2020 season was just the third year for West Lincoln to field a boys’ soccer team, but the season was a breakthrough as the Bears finished 12-5-3 overall, beat region champs Franklin County for the first time ever and earned their inaugural playoff berth.

Sacred Heart defeated the Bears in the opening round of the playoff but that didn’t dampen the shine on an outstanding season for West Lincoln soccer.

The senior duo of Jacob Thornhill and Jacob Lofton led the Bears’ offensive attack as they scored 20 and 14 goals respectively this season. Those two along with Triston Lee, Ashtin Castillo and Logan Smith made up the senior class for Johnson.

A defender and midfielder, Lee is a Copiah-Lincoln C.C. soccer commit.

“I am humbled by the honor of being named boys’ coach of the year,” said Johnson. “Full credit goes to the boys for being coachable and putting their egos to the side to achieve a team goal. I’m honored to be their coach.”

A native of Atlanta — Johnson has previous coaching experience at Columbia Academy, Hartfield Academy, and The Piney Woods School.

Johnson attended Jackson State and has also worked with the Florence Futbol Club and the Richland Futbol Club as a youth coach.

Franklin County coach Jeff Long won girls’ coach of the year after his team finished 17-5 overall and won the division.