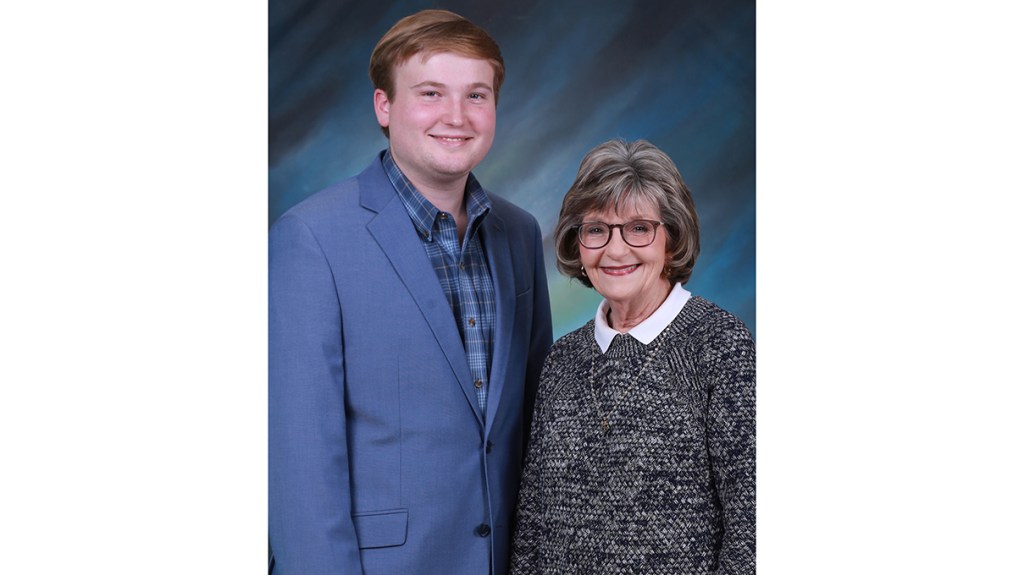 Eighteen-year-old Jarrett Lea, like every other high school senior in the United States and much of the world, is finishing his last year of high school in a very different way than he expected when the school year began. But he’s going out as a STAR.

With a cumulative score of 33 on his ACT — higher than 97 percent of his high school senior peers in the nation — Lea has earned his place as BA’s STAR student. The Student-Teacher Achievement Recognition program awards scholarships to high school seniors who achieve the highest score on the ACT in his or her high school for that academic year.

Lea, son of Jeff and Lisa Lea, took the college entrance exam eight times, beginning in seventh grade. His first score was an 18, right at the state average. It was enough to get into most colleges and universities, but it wasn’t enough for Lea.

“I sought the help of my biology teacher and an ACT expert, Mrs. Leslie Hood,” Lea said, “and she would go over countless numbers of ACT packets with me for my benefit.”

Lea said he’s always wanted to be STAR student so he was already motivated to gain the recognition, but he wanted the scholarships that would become available to him, as well.

Practice helps, he said, helping with time management on the test, as well as seeing the ins and outs of the ACT — plus it was fun for him, approaching the practice tests as puzzles.

Lea has been honored as BA’s Who’s Who, Most Likely to Succeed, Most Outstanding, Best Christian Character and Most Sophisticated Senior. He’s served as secretary of his class, president of the Jr. Historical Society, treasurer for National Honor Society and Teenage Republicans, and captain of the Quiz Bowl team, Old Capitol Bowl team and soccer team. He’s also been on the tennis team and a member of the Science Club and Science National Honor Society.

Lea has won Student of the Month, Woodmen of Life American History awards, and has been recognized for having highest grade average in more than a dozen classes. He plans to attend the University of Southern Mississippi to study accounting and financing.

“I love business. My dad owns his own business, so I know what the business world is like and I love every bit of it,” he said. “I enjoy watching the stock market and plan on becoming a financial advisor/investor once I graduate college.”

The STAR award is presented to teachers, as well — specifically, a teacher chosen by the STAR student. Lea chose Denise Sbravati.

She’s been chosen by students as STAR teacher four times now, first in 2011, then 2014 and 2019. She is the recipient of Scholarship of Social Studies Teachers Institution from the Mississippi Department of Archives and History, and was chosen BA’s Teacher of the Year in 2005 and 2013.

“Jarrett Lea is an outstanding student and very interested in many things, especially Mississippi history and geography,” Sbravati said. “He learned all the counties and county seats to be prepared for Old Capitol Bowl and he was captain of all our academic competition teams. Jarrett has been president of our Junior Historical Society for the last two years and has been a leader in all our events.”

Sbravati has consistently been someone Lea could go to at the school and talk about anything, the senior said.

“She is a very comedic woman and is a great teacher,” said Lea. “She has taught me in the areas of Mississippi Studies, World Geography, ninth grade history and Early American History. She is also the sponsor of several of the organizations I am involved in.”

“I may have encouraged him enough to be a nuisance,” Sbravati said of her influence on Lea, “but I assumed it was appreciated.”

Lea said he has known Sbravati for a long time — his grandmother, Pat Mullins, taught at BA more than 20 years and the two are good friends.

“Mrs. Sbravati emails me Bible verses very often. I love Mrs. Sbravati and will be saddened when I graduate BA,” he said.

Sbravati speaks highly of her student, as well.

“Jarrett’s leadership with our academic competition teams has been such a blessing and his Christian leadership is encouraging to everyone,” she said. “When he chose me as STAR teacher, it was a sincere honor.”

What advice do the STARs have for students who are approaching the ACT for the first time or who want to do better on it next time?

“My advice to students is to practice, practice and practice. Practice makes perfect. Even when you do not want to, practice anyway. It helps,” said Lea. “Try visiting ACT websites and printing out their sample questions or purchase the big red ACT book and practice the problems found in it.”

“So many students do not think they will do well, or do not have the initiative to take the ACT, but you can do it! And each time you take it, you will do better!” Sbravati said.

“There are many ways to prepare to take the ACT, so as online tests and classes. Many of these are free to help prepare a student,” said Sbravati. “The ACT can mean money for college and even many jobs look at ACT. The ACT can help determine your future!”