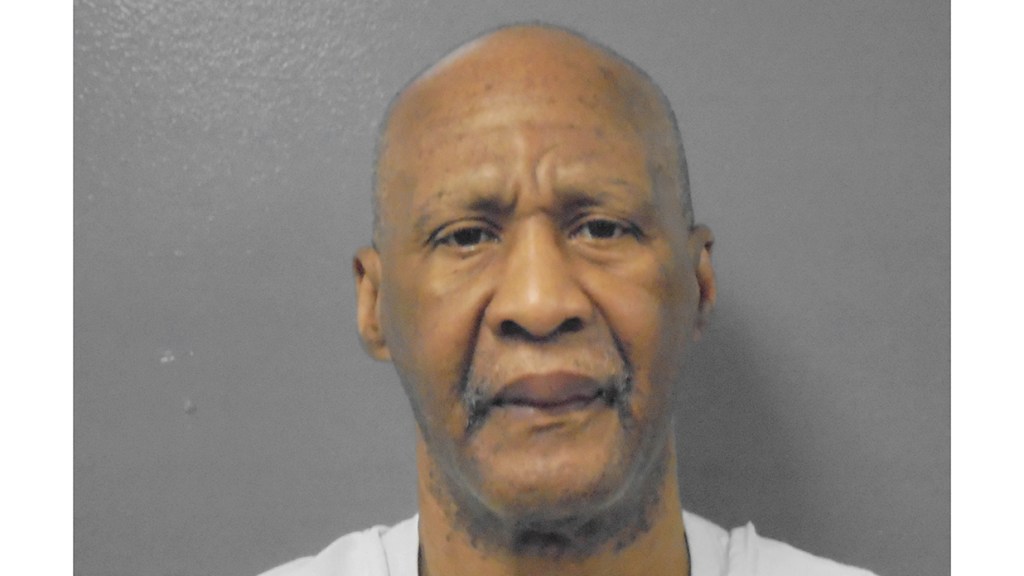 The Mississippi Court of Appeals has denied the appeal of a Lincoln County man who filed for post-conviction relief. Johnnie E. Wheeler filed for dismissal of his parole revocation in 2015 and his 1970 murder conviction.

Last week, MCA upheld the decision of Judge Michael Taylor in Lincoln County Circuit Court handed down on Nov. 20, 2018, in which Taylor dismissed Wheeler’s motion for post-conviction collateral relief (PCR) because it found Wheeler had raised these issues in prior filings and was therefore precluded from relitigating them.

The MCA found no error by the circuit court and affirmed the dismissal.

Wheeler was sentenced to life imprisonment in 1970 and has been paroled several times. But, as the circuit court found in one of Wheeler’s several post-conviction proceedings, he “promptly reoffends each time.” He has also filed numerous PCR motions.

On Sept. 23, 1970, a Lincoln County jury found Wheeler guilty of murder. Because the jury was unable to agree on punishment, the circuit court sentenced him to life in prison. Wheeler challenged his conviction on appeal, but the appeal was dismissed because Wheeler had escaped from jail and was a fugitive at the time the case was called for hearing in 1971.

At some point not documented in court records, Wheeler was paroled, but was then indicted in August 1997 for three cocaine possession charges. Upon conviction of all counts, Wheeler was sentenced to three years in custody — two to serve and one year of post-release supervision. Six and one half years later, on Feb. 26, 2004, Wheeler filed a PCR motion challenging the cocaine conviction and sentence. The circuit court denied his motion and Wheeler appealed.

In 2005, MCA affirmed the circuit court’s denial pointing out that by the time the motion was filed, Wheeler’s sentence should have been completed, and Wheeler provided no proof that he was still incarcerated. At the time, only a prisoner in custody could file a PCR motion, therefore the circuit court did not have jurisdiction to consider the motion. The motion was also time-barred because it was filed more than three years following his sentencing.

In 2012, when Wheeler had been again paroled, he was arrested and charged with two counts of felony shoplifting. These charges were dismissed in exchange for Wheeler’s guilty plea to third offense felony shoplifting. Due to his felony conviction, Wheeler’s parole was revoked in March 2013.

By any other name

Wheeler then filed motions in circuit court, contending that his right to due process had been violated because he did not participate in the preliminary hearing for his parole revocation, that the sentence his parole was revoked for was “an old sentence that he had already served” and that he had been convicted under the wrong name.

Circuit court held an evidentiary hearing Sept. 23, 2013, on the motions, with arguments from Wheeler and the state. In its Feb. 3, 2014, written opinion, the court found the law in effect at the time mandated that an offender convicted of a felony while on parole shall immediately have his parole revoked. Therefore, the court found the parole board acted properly.

In regard to Wheeler’s argument that he should not be incarcerated because he was indicted under the wrong name — Johnnie H. Wheeler instead of Johnnie E. Wheeler — the court noted that Wheeler was convicted in the 1970 murder case as “Johnnie H. Wheeler.”

MCA’s document reads, “The court reasoned that surely Wheeler knew in 1970 whether he was Johnnie H. or Johnnie E. Wheeler.”

The court cited an MCA case from 2000, which held “if the defendant fails to plead that his name is not shown in the indictment before pleading guilty, he waives his right to claim that he was not the person named in the indictment,” therefore Wheeler had waived any complaint about the misnomer. The circuit court then denied Wheeler the PCR motion. Records do not show any appeal of this decision by Wheeler.

In November 2014, Wheeler was again released on parole. In January 2015, and again in February of that year, Wheeler was arrested and charged with shoplifting. Because of these pending charges and Wheeler’s failure to report, residence violations and curfew violation, the parole board revoked Wheeler’s parole on March 19, 2015. Wheeler then filed a motion to dismiss the revocation of his parole. The circuit court reviewed the matter and on Jan. 4, 2016, dismissed the case for lack of jurisdiction. Wheeler appealed that decision, and on March 31, 2016, a three-judge panel of the Mississippi Supreme Court dismissed the matter, finding that the circuit court’s order was not appealable, though the dismissal was “without prejudice to Wheeler’s right to challenge the parole revocation through a petition for post-conviction relief.”

So Wheeler again filed a petition to challenge the revocation of parole, this time with the supreme court, in April 2016. The court dismissed this petition in June in order for Wheeler to file it in circuit court, instead. So Wheeler proceeded there.

On Oct. 17, 2016, the circuit court denied the motion, saying that Wheeler’s arrest was for shoplifting, which he now claimed he would not have committed if he’d had proper medical attention. The court found this reason to be “nonsensical, repetitive and not compelling,” and denied the motion. The record does not show an appeal of this decision.

Then Wheeler again filed a petition for PCR, challenging the parole revocation. In a November 2016 order, circuit court found the same issues had been raised in an earlier motion, which prevented them from again being considered. There was no appeal of this order.

The latest PCR motion filed by Wheeler came on May 14, 2018, in the Lincoln County Circuit Court. MCA wrote that Wheeler apparently believed the filing of this motion was authorized by the supreme court’s June 2016 order. In this most recent PCR motion, Wheeler again challenged his 2015 parole revocation, which he alleged violated his 5th and 14th Amendment rights. “He recited his version of the two shoplifting incidents” and how on March 18, 2015, he was served with an MDOC Violation Report Form on which he noted he wanted a preliminary hearing and had witnesses. He was also served with an arrest warrant as a parolee offender. That same day, his parole officer conducted a pre-revocation interview, noting that Wheeler had requested a hearing and had witnesses to present.

Wheeler said on March 19, he was taken to Hinds County to attend a parole board hearing, in which his parole was revoked and his time to serve was now “Full Term” — meaning he would serve out the remainder of his life sentence with no eligibility for parole.

Wheeler alleged, among other things, that his due process rights were violated when “fabricated charges of shoplifting” were lodged against him, when he was deprived of a probable cause hearing, when there was no evidence against him, when the revocation hearing was not held in Lincoln County where his witnesses could testify and when he had no chance to hire an attorney because he had no prior notice of the revocation hearing. He then provided an MDOC document provided to him in Feb. 9, 2015, which lists the rights he claimed were violated.

On Nov. 20, 2018, Wheeler filed a petition with the supreme court — and served the Attorney General with a copy of the petition — asking the top court to compel the circuit court to render a decision since his motion had been on file for more than six months with no action.

That same day, the circuit court ruled on the motion, noting Wheeler’s prior filings in which Wheeler raised issues identical to those in the current filing. The court noted that it had denied the request to overrule the parole board’s decision, therefore the issues could not be litigated again. It was from this order that Wheeler appealed to the MCA.

“Before discussing the merits of Wheeler’s appeal, we also note that he has recently filed two other pleadings with the supreme court … on Oct. 9, 2018 (in which he) contended he was not properly indicted for the 1970 murder, and therefore his conviction and sentence are illegal. Further, he claimed he was not afforded an initial appearance or a preliminary hearing.”

On Nov. 1, 2018, a supreme court panel found the claim to be time-barred and failed to meet any exceptions. The panel denied the application to proceed in trial court and warned Wheeler that future filings deemed frivolous may result in monetary sanctions and restrictions on filing further PCR motions.

On Jan. 29, 2019, Wheeler filed a “Motion to Vacate, Set Aside Judgment and Sentence” in the supreme court. He challenged his murder conviction on the basis of defects in his indictment — the indictment was not signed by the clerk, was not file-stamped and contained other alleged defects. A supreme court panel noted this claims had already been time-barred or waived, and that his claims had no arguable basis to warrant relief, and therefore dismissed the motion.

A motion by Wheeler for rehearing was denied April 11, 2019. One month later, Wheeler filed an application to continue his motion in trial court, but a supreme court panel dismissed the application in July on the basis of time-barring, successive-writ barring and because the issues had already been tried. “The panel also found the filing to be frivolous,” the MCA opinion states.

“We review the dismissal or denial of a PCR motion for abuse of discretion,” the opinion reads. “We will only reverse if the trial court’s decision is clearly erroneous.”

The Mississippi Court of Appeals upheld the circuit court’s denial of Wheeler’s challenges to his murder conviction and 2015 parole revocation, because Wheeler had not obtained permission from the Mississippi Supreme Court before proceeding and because his claims were previously decided.