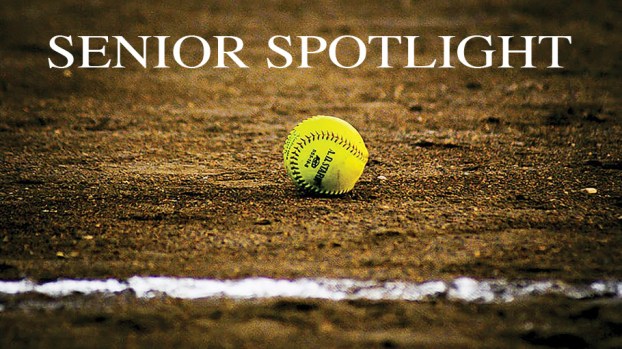 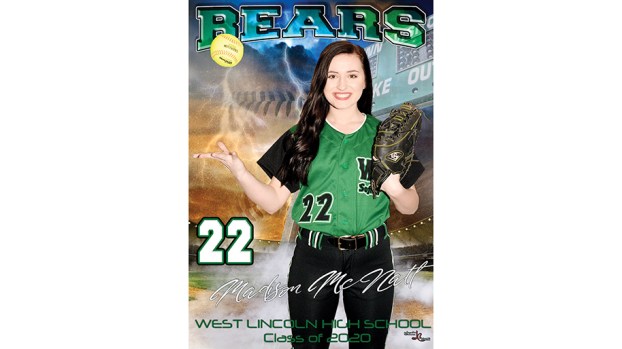 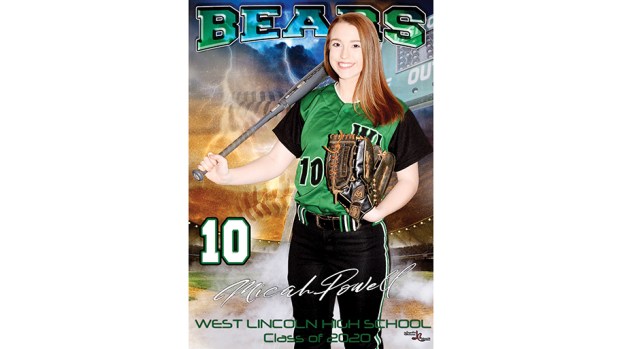 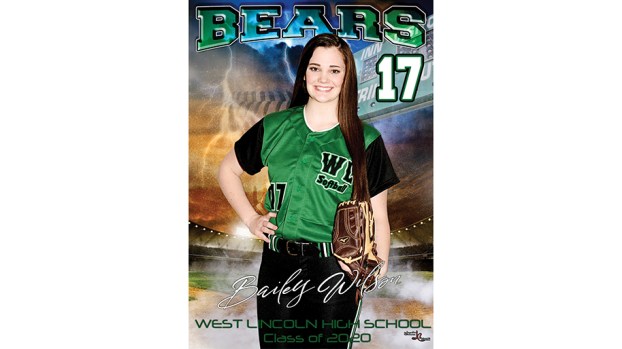 Thornton’s first team had a 25-girl roster with nine of those players being freshmen. She inherited three seniors with her first team though she was very familiar with the group, as her daughter Bailey Wilson was in that trio.

Wilson, Micah Powell and Madison McNatt are a tight group, according to Thornton.

“This group of seniors was not only close on the field, but they are best friends off it,” said Thornton. “They did everything I asked of them and encouraged their younger teammates — the whole team was a very tight-knit group.”

West Lincoln had a 3-2 record before the season was shut down by Covid-19.

“Our team was just starting to click on the field,” said Thornton. “I hate that we didn’t get to finish our season.”

The daughter of Cody and Lindsey Ezell, Madison will attend Copiah-Lincoln Community College on an ACT scholarship while pursuing a major in nursing. An athletic second baseman who batted cleanup, McNatt played five years of softball for West Lincoln.

The daughter of Jason and Misti Hedgepeth and Steve and Debbie Powell, Micah will attend Copiah-Lincoln Community College where she’ll be a member of the Colette’s dance team and major in business management. A speedy outfielder, Powell played five years of softball for West Lincoln.

The daughter of Jason Wilson ad Anita Thornton, Bailey will attend Copiah-Lincoln Community College on ACT and leadership scholarships where she plans to major in biology while pursuing a career in pediatrics. Tall, strong and versatile, Wilson was team captain as a senior and was also a Daily Leader All-Area selection in basketball this season.