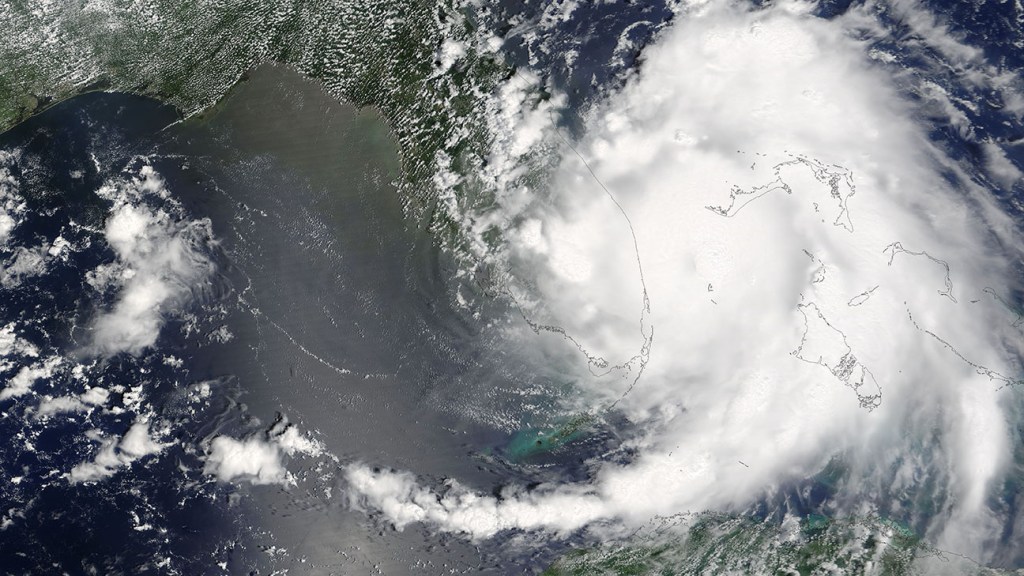 Photo by EarthObservatory.NASA.gov Hurricane Katrina, which made landfall as a Category 3 hurricane on Aug. 29, 2005, caused damage in all 82 counties of Mississippi.

It’s time to get supplies together and make a plan.

Hurricanes Katrina (2005), Elena (1985) and Frederic (1979) — each of which caused significant damage in Mississippi — were Category 3 hurricanes. Katrina caused damage in all 82 counties of Mississippi, according to “Information relating to the federal appropriations for Katrina recover,” published by the office of then-Gov. Haley Barbour.

This week is National Hurricane Preparedness Week. Hurricane season officially begins June 1 and runs through November, but waiting until the last minute to prepare is not wise for anything.

MDOT provides free travel resources — including evacuation maps in English, Spanish and Vietnamese — and the MDOT Traffic mobile app, which the agency will use to publish emergency alerts, as well as real-time traffic conditions statewide.

“The resources are there to ensure you keep yourself and loved ones safe when a tropical system threatens,” said King. “It’s up to you to create an evacuation plan before the storm and stay prepared during hurricane season.”

This year’s preparations must include extra precautions due to the ongoing threat of coronavirus COVID-19, said Mississippi Insurance Commissioner Mike Chaney. Masks, hand sanitizer and disinfectants should be added to an individual’s or family’s “Go Bag” — a portable kit that should include items required for survival for 72 hours when evacuating from a disaster.

The Mississippi Insurance Department also recommends the following to be included in a Go Bag:

• Cash. If the power is out, credit or debit cards won’t work. Keep cash on hand for replenishing supplies.

• Medications: Pack any necessary medications and assume you may not have access to refills for several days.

• Radio: A battery-powered radio may be the only way to hear updated information if electricity is out and cell towers are inoperable.

• Water: A gallon of water for each family member and pet guarantees safe drinking water.

• Important documents: Social security cards, passports, birth certificates, driver licenses and more could all be lost or destroyed in a flood, wildfire or other natural disaster. Keep copies of these documents in a waterproof container or digital image saved online. Include copies of insurance policies so you can quickly file a claim once the danger has passed.

“As we continue to social distance because of COVID-19, consider where you would go if you had to evacuate because of a storm,” said Commissioner Chaney. “Mississippi storm shelters are practicing social distancing. Find out where you could safely go, what you would need to bring with you, and create a communication plan with your family so everyone understands what to do.”

Evacuations are more common than people realize. Make yourself familiar with your community’s evacuation zones, so you will know exactly where to go. If a hurricane threatens your community and local officials say it’s time to evacuate, don’t hesitate. Go early.

MID also cautions homeowners and renters to review insurance coverage now. Those without flood insurance who are considering purchasing a policy should remember there is a 30-day waiting period if the policy is purchased through the National Flood Insurance Program.