National Day of Prayer is Thursday 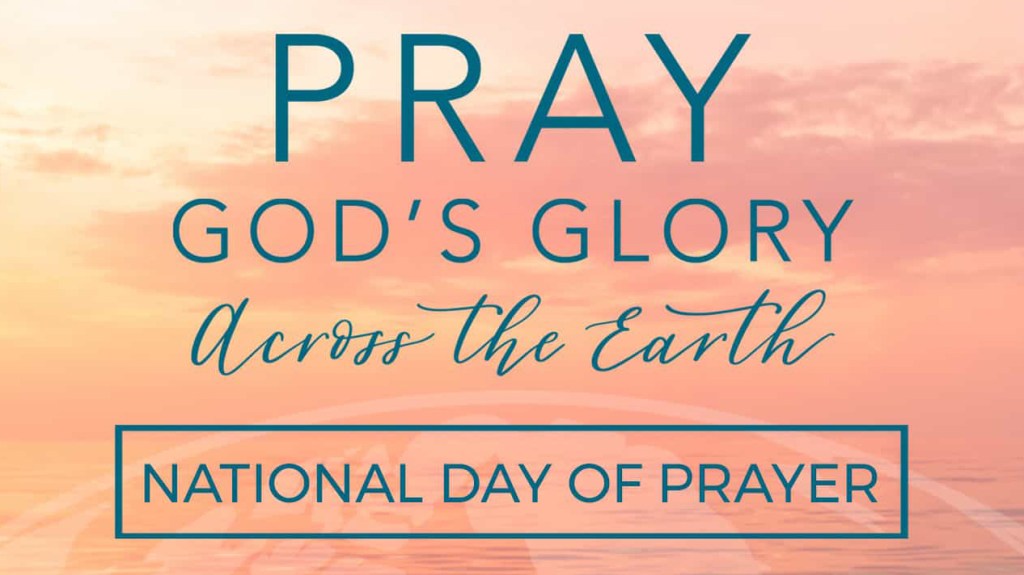 The theme of the 2020 National Day of Prayer is "Pray God's Glory Across the Earth."

A call goes out every May to Americans who believe in prayer to join together in praying for the nation.

Observed annually on the first Thursday of May, the National Day of Prayer is when groups have gathered for years on the steps of local courthouses and other public venues to lead in petitions made to God for government leaders, first responders, teachers and others. The people of Brookhaven and Lincoln County have historically gathered at noon on this day in front of the Lincoln County-Brookhaven Governmental Complex to pray and worship together for about half an hour before returning to their jobs or other activities.

This year there will be no official physical gathering on the steps near the Lincoln County War Veterans Memorial. Due to the state’s “Safer at Home” guidelines, which will still be in effect Thursday, no group observance is planned, said Steve Jackson, associational missionary for the Lincoln County Baptist Association. Jackson has been in charge of arrangements for the annual observance for the past several years.

“I know some counties have planned drive-up observances using FM transmitters,” said Jackson, “but our logistics simply did not allow for that in and around the courthouse.”

But that doesn’t mean people won’t be praying for the nation. Thousands will take a moment to bow their heads in prayer for the health, wisdom and welfare of the nation’s leaders, front line workers, health care providers, teachers, media, spiritual leaders and the country’s general population.

NDOP identifies “seven centers of influence in America” — government (federal, state and local), military, media arts, business, education, church and family. Prayers are typically offered for each, with suggested guidelines for what to pray. This year’s suggestions also include a prayer for the COVID-19 global pandemic. This portion encourages prayers to — among other requests — ask God to stop the pandemic and save lives, to protect missionaries worldwide and for a medical breakthrough.

A national broadcast for the 2020 NDOP will be from 7 until 9 p.m. on Facebook Live and several other broadcast providers. A few of the speakers featured are Will Graham, Michael W. Smith, Luis and Andrew Palau, Rick Warren, Kathy Branzell, Gabrielle Odom, Kanita Benson. The theme is “Pray God’s Glory Across the Earth” with Habakkuk 2:14 as the key Scripture verse.

Many cities across the state and country have scheduled NDOP observances virtually — like Columbus, Natchez and Clinton — while others are hosting drive-in gatherings — like Mosaic Church in Ocean Springs — or limited gatherings — such as the city of Ridgeland.

For more information on the National Day of Prayer, contact your church or visit nationaldayofprayer.org.