Sheriff: ‘It’s a tough time for all officers, remembering those we lost’ 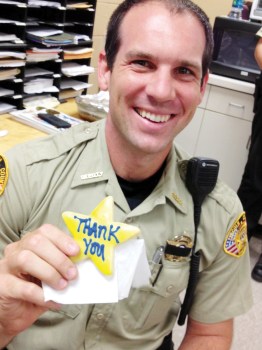 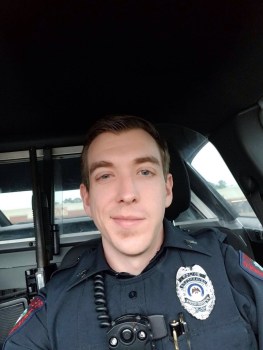 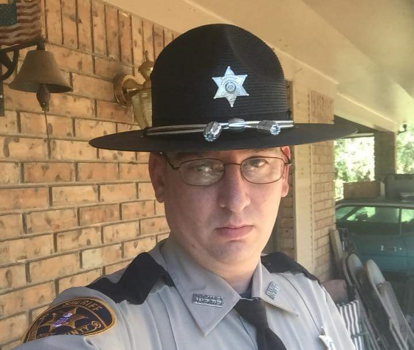 This week is National Police Week, a time to honor peace officers across the country for placing their lives in danger daily in order to protect and serve the communities where they live and work.

Begun by John F. Kennedy’s presidential proclamation in 1962, given after a 1961 joint resolution of Congress, declared the week of May 13-19 as Police Week “in recognition of the contribution the police officers of America have made to our civilization through their dedicated and selfless efforts in enforcing our laws.”

Pres. Donald Trump’s 2020 proclamation states, “We commend the brave men and women of our law enforcement community for continually summoning the courage to fulfill their solemn oath to protect and serve. We also pause to remember all those who have lost their lives and who have suffered permanent disabilities defending their communities and the rule of law, including the heroes we have lost this year to the coronavirus.”

Estimates of how many police officers, detectives, investigators and their supervisors were working in the United States in 2018 place the numbers between 905,000 and 955,000, according to American Community Survey and the United States Census.

For years, 24,000 to 40,000 law enforcement officers from around the world have met annually in May in Washington, D.C., to participate in planned events honoring those who have paid the ultimate sacrifice in their service. The Memorial Service began in 1982 with a gathering of approximately 120 survivors and law enforcement supporters. Each year, names of fallen officers and their end of watch dates are added to the memorial. Mississippi would have had four names added during this year’s ceremonies. The threat of COVID-19 has led to the cancellation of this year’s gatherings, however, both nationally and at the state capital, but officers are still being honored and remembered worldwide.

“We take a moment to remember Deputy William Durr, may he never be forgotten. #rememberLincoln22.”

“We would like to recognize the line of duty deaths of Brookhaven Police Officers Zach Moak and James White on Sept. 29, 2018. May their ultimate sacrifices never be forgotten. #B32,B33”

“We would like to remember another fallen officer. While Sheriff Posey served in the neighboring county of Franklin, he died in the line of duty in Lincoln County on September 29, 1982. Please remember these officers and their families during this week of remembrance.”

Marquis A. Flowers, accused of shooting BPD officers Moak and White, was denied bond by Lincoln County Circuit Court Judge Michael Taylor Wednesday. Willie Cory Godbolt was convicted in February of the capital murder of LCSO Deputy Durr — along with seven civilian victims — and was sentenced to death.

National Police Week is the week you remember officers all over the country who died in the line of duty or from illnesses related to the line of duty, said Lincoln County Sheriff Steve Rushing.

“It’s a tough time for all officers, remembering those we lost, like William, Moak and White,” Rushing said. “But we do want to remember them and their families during this time.”

The following are officers who were killed in the line of duty in Southwest Mississippi, as recorded by the Officer Down Memorial Page website.