Vietnam veteran: ‘I did nothing more than millions’ of others 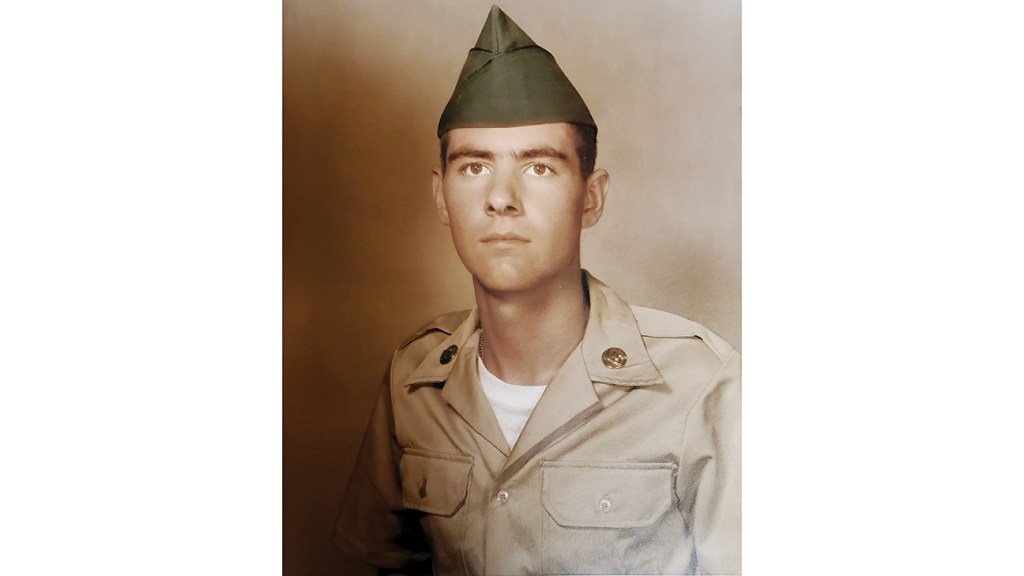 Photo submitted Frank Walters is a U.S. Army veteran of the Vietnam War.

Lincoln County retiree Frank Walters was halfway through his 19th year of life when he joined the Army to serve in the Vietnam War.

Put simply, the conflict was officially between North Vietnam and its communist allies and South Vietnam and its anti-communist allies, including the United States. Although a large U.S. presence existed in South Vietnam prior to 1964, it was that year that first saw direct military combat between North Vietnam’s forces and those of the U.S. Navy. Congress authorized Pres. Lyndon B. Johnson to increase America’s military presence in the area, and combat units were deployed for the first time in the conflict, with troop levels increased from 23,000 to 184,000.

By the end of the U.S.’s involvement, the communist Viet Cong had captured the capitol city of Saigon in South Vietnam, more than 58,000 American servicemen and women had died in the conflict, and military personnel returning home to the U.S. were largely treated by the public as unwanted, worthless, shameful and worse.

It was into this controversial war that many young men across the country stepped, Walters among them.

He volunteered for the Army in 1969. He had worked for the fire department in his small Georgia hometown straight out of high school, and had already learned a little about life and death.

His father, a World War II combat veteran, had been a mortar team leader, serving under Gen. George S. Patton, fighting in the decisive Battle of the Bulge and received the Purple Heart for injuries sustained while fighting. The senior Walters didn’t want his son to go through the same dangers, but told Frank if he was drafted to serve, he wouldn’t be able to choose where to go. If he wanted a choice, he needed to volunteer.

“Gosh, I admired those guys who fought for our country,” Frank Walters said, recalling that he went to the Air Force recruitment office, but their door was locked. So he went next door and joined the Army instead.

“Every branch of the service has one mission — to defend this country, a country I love,” Walters said.

He spent eight weeks in basic training, then three months in Advanced Individual Training to prepare for his specialty as a navigator on helicopters.

It was a different world in the jungles of Asia. The people Walters knew who were over there had a concern of doing their jobs and doing them right, he said — they were concerned foremost with protecting their country. Mistakes were made, but no one he knew did anything other than their best in service.

“The Vietnam War was not exactly the most popular thing in the world,” Walters said. “You’ve got to understand, you’ve got 18 to 19-year-olds asking ‘What’s going on here?’ in a foreign country. Everything is different for everyone.”

Their experiences forced them to grow up quickly.

“For me, I went into the fire department with the job to protect the people of the county I worked for, where all of a sudden now I’m in a situation where I may be taking someone’s life, but you’ve got to adapt and move on. Each individual has got to analyze these things for themselves and make their own choices,” he said.

He spoke of some of the men he served with, how the military really does give you a sense of brotherhood. Friendships are formed that people think will last a lifetime, but time takes its toll on things like that, he said.

He told a story of taking 11 of his fellow soldiers home on leave with him from where they were stationed in Atlanta, without giving his parents any warning. The group stopped at his aunt’s clothing store to get ties and jackets so they could dress up to go out, and Walters called his mother from there.

“She said, ‘You’re bringing how many?’ and then said, ‘Give me about 30 minutes,’” he said. “I found out later she sent Dad to get three chickens and other stuff, and she fed 12 guys and it looked like she was hosting a whole platoon.”

He choked up a bit remembering how his mother fixed places for them all to spend the night all over the house.

“This is what makes the military good for an individual,” he said. “You see so many stories — at that time, it was all negativity, or a lot of it — but a young person today can actually achieve a lot through the military — education, a chance to travel. I’ve seen most of South America, Panama, Germany, Iran, parts of the old Czech Republic, Cambodia, Vietnam of course, and just about all 50 states.”

Later in his military service, Walters moved from active Army to Reserve, then to the Air Force Reserve. He was able to get a degree in business management after he left the military, and owned part of a small electrical company. Long hours and tight pay led him to sell his portion of the business to his partner and go into business for himself. He made a good living as an independent contractor and retired in 2013 at age 63 in Lawrence County.

He and his wife moved to Lincoln County to make their permanent home.

“This is where we’re going to stay until we’re given our next assignment by our Maker up above,” he said.

Membership in the Veterans of Foreign Wars is important to him. The older guys like to see young people come in to the VFW and attend meetings and such, but he said they understand it’s difficult for young parents, especially, with so much on their plates. He hopes young veterans will join for the benefits, and the opportunity to help others when they can — regardless of whether they can attend meetings.

“At the VFW, our mission is to support the veterans, to make sure they receive what they need … in every way.”

That support means helping the young men and women who serve, and their families.

“Now (the military) will activate a reserve unit and it seems like they send them right back as soon as they get home. When the draft was going on, your commitment for Vietnam was one year (but) these people rotate so often,” Walters said. “In World War II, a young man would go in and they didn’t know the date of the outcome — one year, two years … some went in 1941 and they didn’t come home until 1945, 1946. That’s the only thing I can think of to compare to the people going in today. So I salute and I’m in awe of the resilience of the new modern American soldier.”

During National Military Appreciation Month in May, veterans like Walters are appreciated in many ways, and often called heroes. Some veterans are happy to share their experiences and others are reluctant to do so, each for their own reasons. Walters recalls instances where he was treated poorly after Vietnam, as well as many times he was thanked and simply welcomed home.

But that doesn’t mean veterans have to “handle” those things on their own.

“Don’t ever feel that you don’t have someone you can talk to. The VFW, American Legion, VA (all) have people who will help you. Do not be afraid to seek someone. If you need to sit down and talk, they’ll do it. The thing they say may be the one thing you need to hear.”

Anyone who wants to thank a veteran during this appreciation month and Memorial Day weekend should do so, but Walters asks one thing of every person on Memorial Day.

“Stand, be silent for one second and say ‘Thank you’ for those who didn’t come home,” he said. “They paid the ultimate price.”