Smith Machine owner: ‘I thought it was pretty nice’ 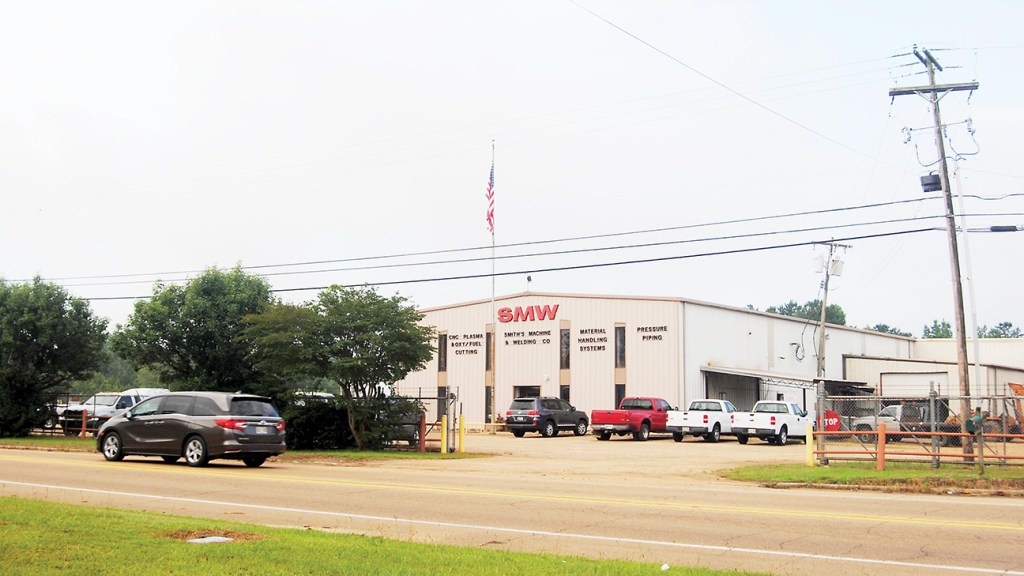 A local, family-owned business has just been granted a national audience.

Smith Machine & Welding Co. Inc. will celebrate its 50th anniversary in September, and that’s part of the reason owner Pat Smith thinks her manufacturing business came within the radar of producers from “Manufacturing Marvels,” a Lou Dobbs-hosted television show on the Fox Business channel.

“When they called, he didn’t believe them,” Smith said of her son Mike. “He thought it was one of his friends playing a practical joke.”

SMW was founded in 1970 by Smith and her husband Shelby, better known to everyone as “Chuck.” The country boy from West Lincoln and the city girl from Brookhaven had lived and worked good jobs in Houston, Texas, after they married, she said. But when their first son came along they decided to move home and raise their family in a small town near their own parents.

After several years of working, and his former Texas employer repeatedly asking him to return, Chuck Smith said he’d made up his mind — they were either returning to the Lone Star State or he was starting his own business.  After praying about it, they chose the second option and SMW was born.

“I didn’t know it was going to be a 50-year commitment,” she says, only half-joking.

They started out in a rented space on Hwy. 51 then moved to their current location on Union Street Extension near Interstate 55 in 1982. Her husband “never met a stranger,” Smith said, and insisted that she help him keep the right attitude as an employer.

“Pat, don’t let me treat anyone unlike how I’d like to be treated,” he said to her.

Chuck died eight years ago, and now the company is owned by Smith and her sons, Mike and Chad, who each came into the business after they had graduated school. Chad met the love of his life, his mother said, and moved to Houston. Mike and his mother run the day-to-day operations at SMW.

“We were amazed,” Smith says of being selected for the show. “I’m tickled. I think it’s nice.”

She said the near-half a century of work has been hard, but worth it.

“We’ve had a lot of great employees, and some have stayed with us until they retired,” Smith said. “We have some wonderful, wonderful employees. That’s the secret.”

Her office manager, Barbie Cox, has been with the company for a good portion of SMW’s history, since she was a teenager.

“It’s been great to be here,” Cox said. “They have treated me so well.”

“We’ve covered a lot of areas,” Smith said. “Lumber, plastics, energy, pulp and paper … and we’re in the American Society of Mechanical Engineers and the American Welding Society, and contracted in four states — Mississippi, Louisiana, Arkansas and Alabama. It’s all paid off for us.”

It is this diversity that Smith believes brought them to the attention of Fox producer John Criswell, who told her they always look for businesses that do something a little bit different.

“We’ve been really, really blessed, even during this COVID time, we’ve been able to keep everybody working,” Smith said. “We’ve had people keeping everybody safe, and (the facility) cleaned and sterilized.”

Classified as an essential business, they never slowed down, continuing to produce materials for other businesses deemed essential, as well.

She said the filming crew recorded for about 4 hours and their segment on the show is just a few minutes. She received a copy of the video Tuesday and watched it.

“They did a good job. They covered a lot of things. I thought it was pretty nice,” she said.

“Manufacturing Marvels” airs Wednesday — the Smith section is planned to air from 9:30 until 9:44 p.m.

“You don’t expect a little town like Brookhaven and a family like us to see anything like that,” Smith said. “I was pleased. I was very pleased. My husband would have enjoyed it.”