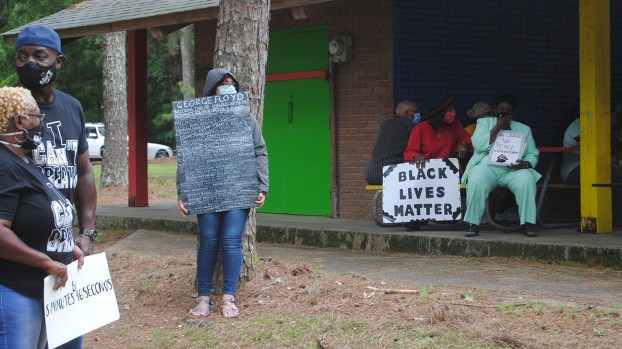 Photo by Brett Campbell Approximately 200 people gathered at Brookhaven City Park Sunday for a peaceful demonstration protesting racial inequality. Women hold signs as they wait for the rally to begin. 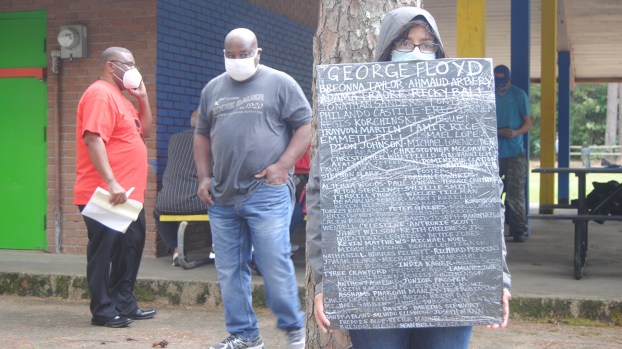 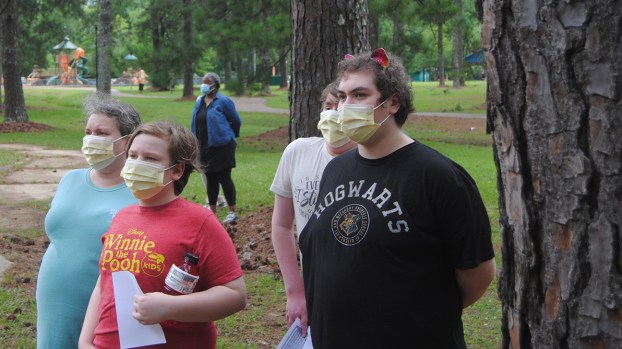 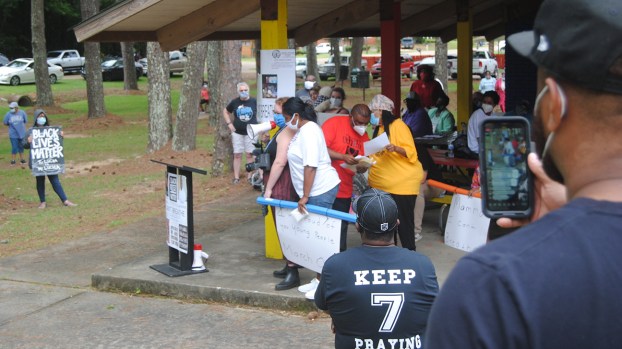 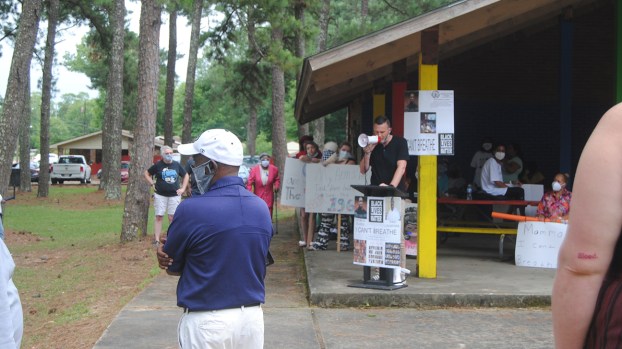 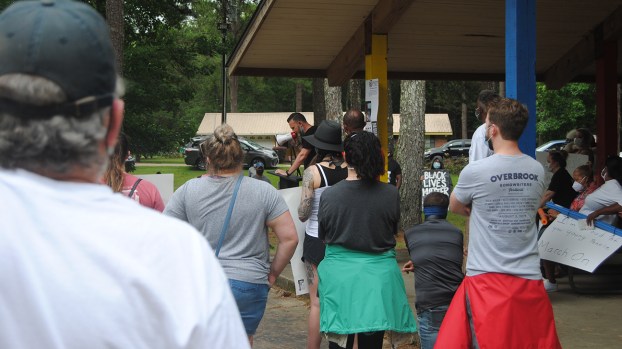 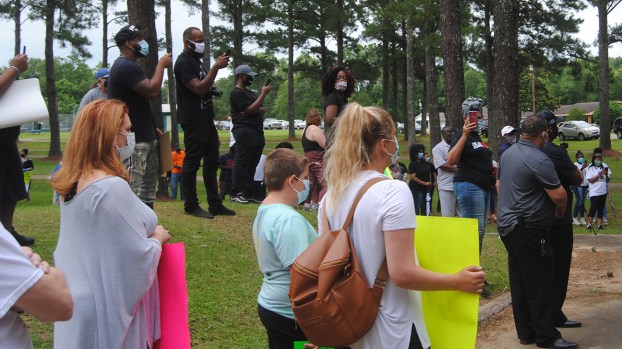 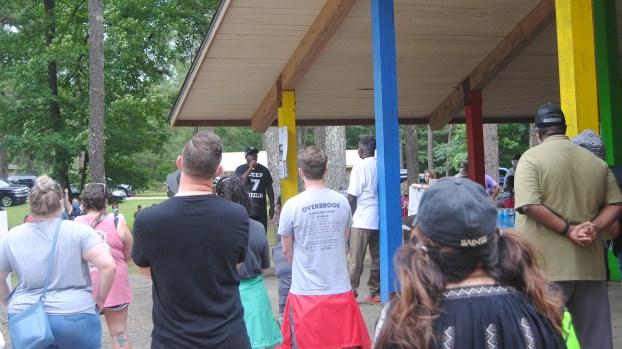 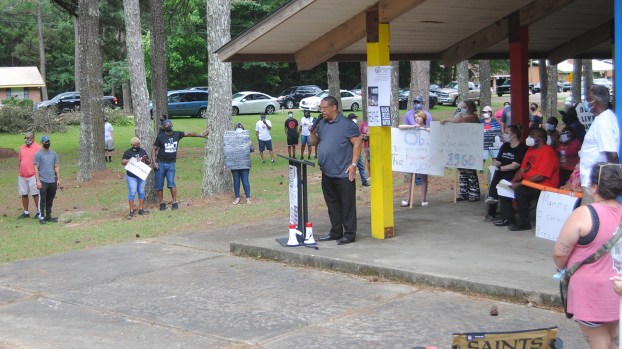 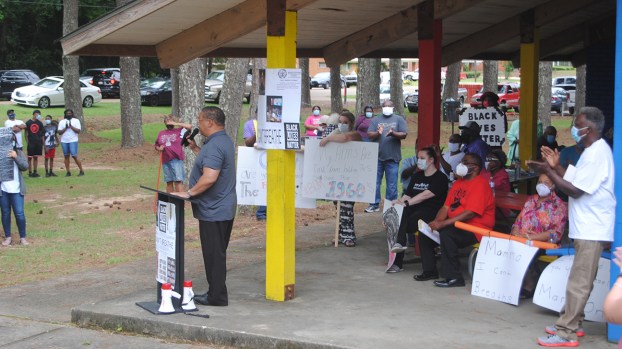 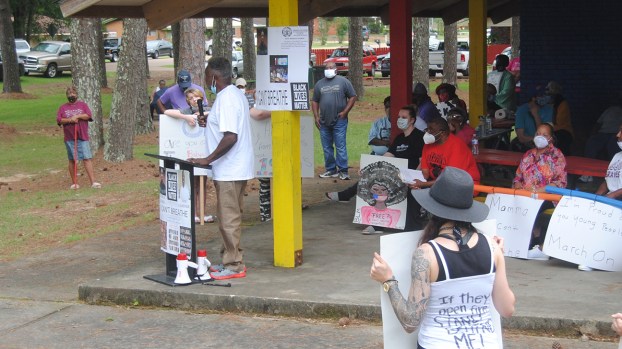 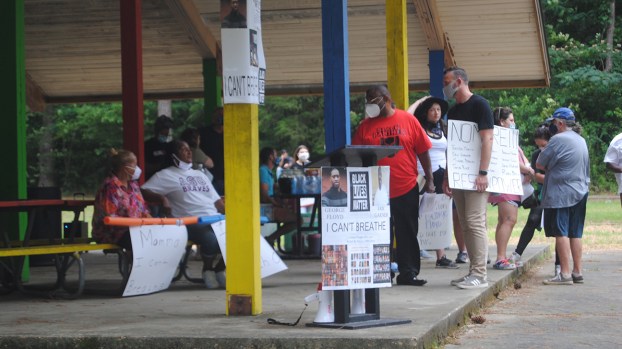 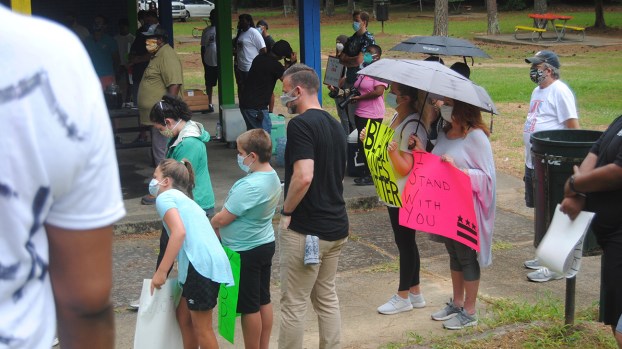 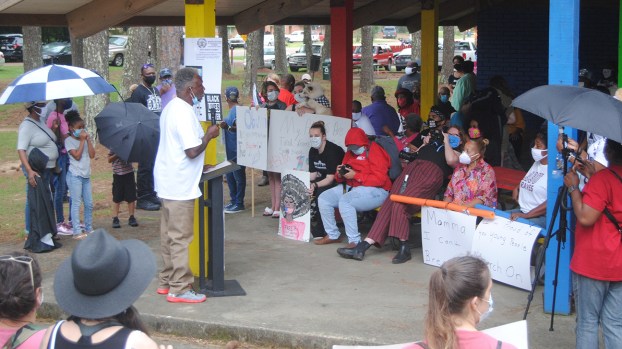 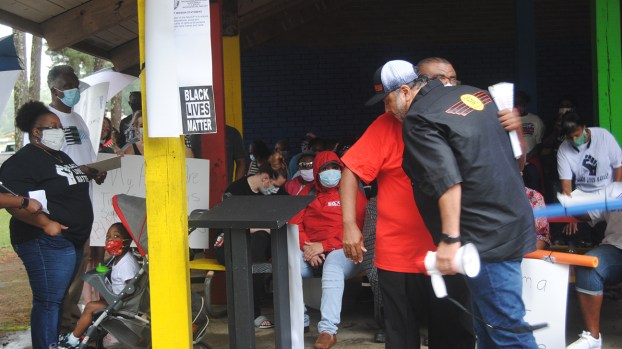 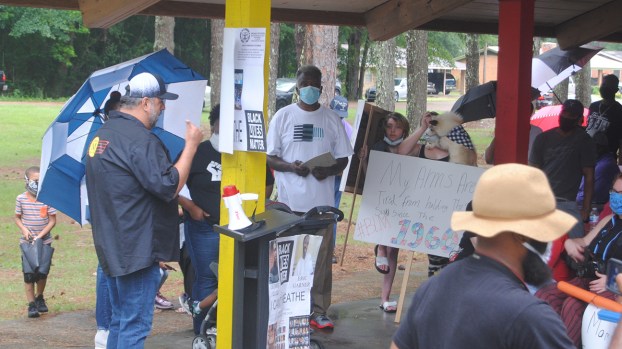 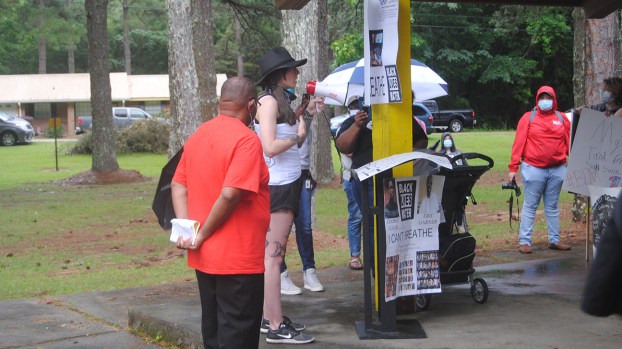 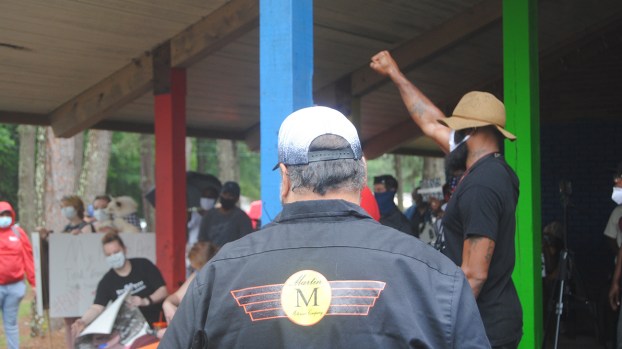 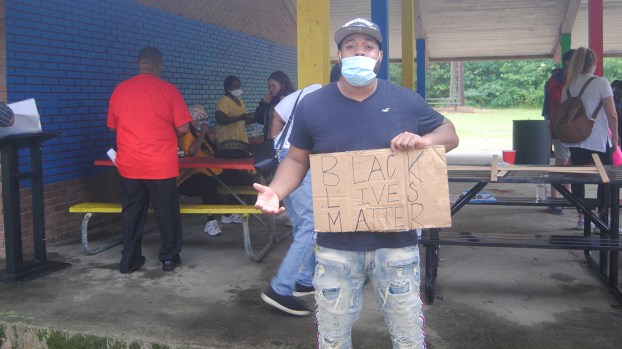 “No more!” was the cry at a peaceful demonstration Sunday afternoon at Brookhaven City Park.

Rain did not discourage the approximately 200 attendees of the planned event, as leaders from NAACP, the Lincoln County Democratic Party, local churches and representatives of the public encouraged residents to vote, to stand up for the lives of others, to complete the 2020 Census, to be heard without hate and division.

Local NAACP president Rev. Rico Cain kicked off the event at 4 p.m. with prayer, followed by a song, then addressed the crowd.

God didn’t make a white heaven and a black heaven, the pastor said. He made one heaven for all his children to live together.

“All white people are not bad,” Cain continued. “But some think we ought to be sitting in the back of the bus. But guess what? We’re not in the back of the bus anymore. We drive the bus; we own the bus. So there comes a time where we must rise. All of us need to work together. That’s why you’re out here today, because you know that the black race has been put down too long. And so you stand with blacks and say, ‘Hey, they need opportunity.’”

Sterling spoke in part about the message of racism implied in the display of Confederate flags. Brown gave practical advice to use when interacting with law enforcement.

Lincoln County Democratic Party Chairman Prentiss Smith also addressed those gathered. Smith focused his time on urging attendees to complete the 2020 Census, register to vote up until the Oct. 5 deadline and follow through on registering by casting their votes in November.

“Because the people on the wrong side of history want to make it harder for us to vote, you have to have a photo ID when you go to your polling station,” Smith said.

“That can be your driver’s license, a voter ID card, a firearms license, a passport, a Mississippi ID card, or an ID card from any 2- or 4-year college in Mississippi. Do not let them tell you (that) you cannot vote.”

More than one attendee responded, “I didn’t know that.”

“Finally, we say the loudest ‘No more’ to politicians who do not represent our values,” Smith continued.

“No more! No more!” came responses from the crowd.

“We say ‘No more’ to those who use Brookhaven or Lincoln County to enrich their lives and not the lives of the people standing here,” Smith said.

“No more fake photo ops,” said Smith. “No more shaking our hands in an election year and then forgetting about us. No more will we allow people to tell us ‘All lives matter,’ because no lives matter until black lives matter.”