More than wins and losses, Delaughter leaves a legacy 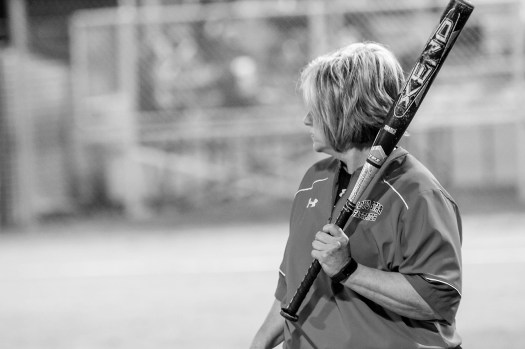 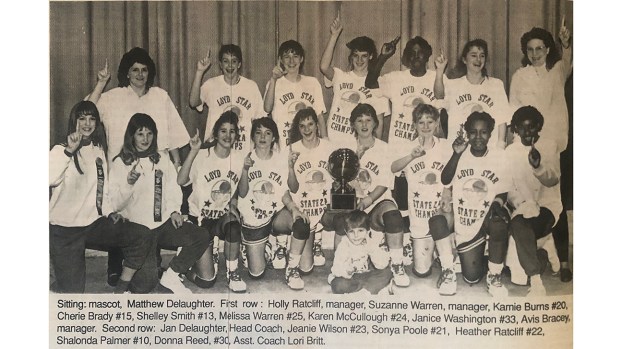 Call it instinct or knowing how to listen to your gut. Call it intuition or being able to read the breaks of the game. Whatever you call it — there is a sixth sense that great coaches possess.

They somehow know when to call that needed time-out or when to give that backup a chance to prove themselves.

And sometimes they also know when to call it a career.

Loyd Star softball coach Jan Delaughter knew when to signal for the squeeze play late in a close game and in that same vein — she knew that the time had come to hand her beloved program over to the next coach.

There was nothing left to achieve on the field. They’ve already named the softball complex at Loyd Star after her so check that off the list.

In 2009, she led a red-hot Lady Hornet team to the MHSAA 2A state title. Loyd Star was dominant that season behind the pitching of Delaughter’s daughter Brooke.

Some coaches go an entire career without winning their district, much less a state title — so mark that one off the list off too.

Delaughter has also won a state championship as a basketball coach. She went 111-30 coaching the Loyd Star girls from 1988-1992. In 1991 the Lady Hornets made a magical run through the postseason to win the 2A state title in the Mississippi Coliseum.

In 2006-2007, Delaughter pulled double duty as she coached girls’ basketball for that season along with coaching softball.

The Lady Hornets finished the year 20-11 and made the 2A playoffs before Delaughter turned her full attention back to softball.

She raised her two children — Brooke and Matthew — and watched them grow up at Loyd Star as their mom, teacher and coach. She’s long been praised for her work as a math teacher and has won as many academic awards as she has coaching honors.

Unlike state legislators, great coaches are a decisive bunch. They make their decisions and stand behind them.

One knows that a lot of thought and prayer went into Delaughter deciding to call it a career —especially after the 2020 season was shortened by COVID-19.

A common connector in great coaches is their love of details. A math mind is an organized mind and Delaughter set a high bar for her team to follow.

There was a certain way she wanted her team to look when they hit the field. There was a standard for how they would warm up. There was a level of intensity that Delaughter demanded from her players in every task.

I’ve watched enough great coaches up close to know that that’s a key part of creating a culture of team unity.

When you let your players know that the standard applies to everyone — that no one gets to deviate because of their talent — it ups the buy-in for everyone else.

Delaughter was part of building Loyd Star fastpitch softball from the ground up — the only coach in program history.

A long list of parents, players and supporters did the manual labor needed to build the field that the team plays on now.

When the chalk lines had been run, the infield dragged, and the lights turned on, the field was always neat as a pin prior to first pitch — part of the high standard she set for the program.

If you go back and read the clippings from the 1991 basketball season it looks like the Lady Hornets had a higher power on their side.

They almost didn’t make it out of their district tournament despite having a regular season with few losses. They trailed Wesson 30-28 in the fourth quarter of an elimination game before coming back to get a 46-44 win.

Bentonia High beat Loyd Star 62-58 in overtime at the Division 7-2A tournament championship. LS had whipped Bentonia earlier in the year, but the loss put the Lady Hornets on the road in the opening round of the state tournament.

And in that next game they squeaked out another win in a loser-goes-home game — a 45-41 win at Philadelphia.

In the South State Tournament Loyd Star lost 66-37 to an unbeaten Bay Springs team that was the prohibitive favorite to win the championship that season.

A 66-63 win over McLaurin in the consolation game kept the LS season alive and sent Delaughter and her team to the state quarterfinals for a second straight season.

Bay Springs had also whipped the Lady Hornets in a regular season game.

Their third meeting in the state semifinals was an all-time classic with Loyd Star winning on a last-second 3-pointer by junior forward Heather Ratcliff Watts.

It broke a 38-game winning streak for Bay Springs and sent LS to a 2A title matchup with Belmont.

And again — this is like a Disney movie — in the finals Delaughter and LS faced a Belmont team that was also unbeaten.

Belmont led 40-29 after three quarters but Loyd Star turned up the pressure in the fourth quarter and took their first lead at 44-42 before holding on for a 54-48 win.

To make it more impressive, Loyd Star won without making a substitution in the entire game as the starting five played every minute of the championship. And did so while playing man-to-man defense.

The team picture with Loyd Star players holding the trophy after the win captures it all — you can’t stretch the smiles any farther across their faces.

Delaughter — pregnant with her daughter Brooke — stands in the back row as her son Matthew is laid out in front of the team. The caption calls him the team mascot.

Fast-forward 18 years and Delaughter is chasing another title, this one with a group of dirt stained softball players.

One of the stars of the team is Brooke —now an unhittable junior pitcher.

There has never been a more dominant softball team in Lincoln County history than that group of Lady Hornets.

Their lone loss was to a 5A Northwest Rankin team that also won a state title that season.

Led by a talented group of junior and seniors, Loyd Star swept Enterprise-Clarke to claim the title.

Delaughter had actually coached most of the team in the local recreation league when they were just learning the game. There was a four-year stint where she was out of coaching and teaching and running a sporting goods store with her family.

That gave her more time to be involved in her children’s activities as a mom and volunteer coach. That’s also when she noticed how hard a then-tiny Brooke could windmill a ball into a net after the store closed each day.

The team was special and Delaughter knew it, telling her then-assistant coach Janet Taylor when they were in junior high that if they stayed together, they’d have a shot to win state.

Just seven years after the school started playing the sport — practicing every day at the rec field at Mamie Martin and playing home games at the Sports Complex because they did not have a home field — Loyd Star was the top 2A team in the state.

Family should come first — we all know that, but sometimes it’s hard to practice what we preach.

Taking this time to reflect on Delaughter’s career you see a coach who loved to win and hated to lose — but loved her family most of all.

She stepped away from coaching basketball while still young to focus her attention and time on being there for her two kids.

During the time that she worked at the family sporting goods store her father was ill. She was able to be there for him late in his life in a way that she may not have been had she still been teaching and coaching at the time.

Last year her mother passed away as well and Delaughter wants more time to spend with her own four grandchildren.

Brooke is a nurse who has served as an assistant coach for her mother while Matthew is a pastor in New Orleans.

It wasn’t easy, deciding to retire after a global pandemic canceled most of the season but Delaughter trusted those instincts that have been honed over all these years and made the call.

The legacy left behind includes titles, but most importantly it’s a fraternity of former players who know that they played for a coach that demanded nothing short of their best.