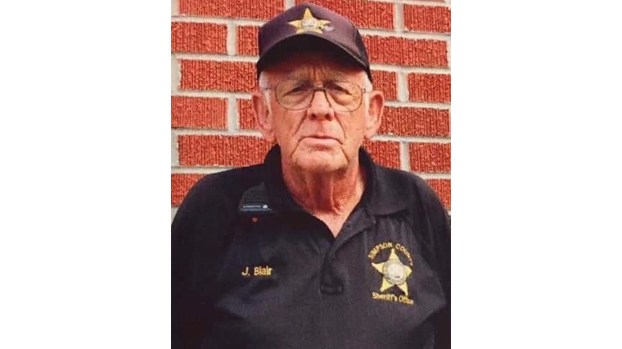 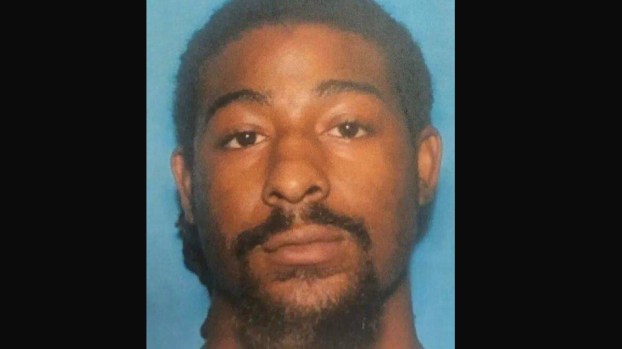 UPDATE: Suspect has been captured.

A Simpson County deputy and former Lincoln County constable has been shot and killed in the line of duty. The accused shooter was captured Saturday after a manhunt.

Deputy Sheriff James Blair, 77, was shot and killed while transporting a subject from an involuntary psychiatric evaluation at a Region 8 mental health facility on MS Hwy. 13 in Mendenhall.

After completion of the evaluation, Blair was placing Joaquin Steven Blackwell, 22, back into the patrol car when Blackwell attacked him, gaining control of Blair’s service weapon and fatally shooting him before fleeing on foot into a wooded area. Media reports say Blair was airlifted to a hospital where he died.

Blackwell, of Magee, was identified by the Mississippi Bureau of Investigation as a black male, 5 feet 8 inches tall, 175 pounds, with brown eyes and black hair. He was last seen wearing no shirt and only white boxer shorts and was believed to be in the Hwy. 149 D’Lo area of Simpson County.

Blackwell was captured Saturday afternoon, according to Capt. John Poulos of the MBI.

“Joaquin Steven Blackwell, identified as the perpetrator, was arrested at approximately 2 p.m. on Saturday … after an extensive manhunt by multiple law enforcement agencies. Blackwell has been charged by MBI with capital murder of a peace officer,” Poulos said.

MBI is continuing the investigation in an effort to identify any other possible subjects that may have aided in Blackwell initially avoiding arrest.

Deputy Blair had served in law enforcement for more than 50 years, including as constable of Beat 3 Lincoln County 1984-1988. He is survived by his wife and six great-grandchildren whom they were raising.

“Deputy James Blair was my friend,” said Lincoln County Constable Kelly Porter. “He was a widely known and well respected lawman who had been on the job longer than most of us have been alive. Everyone that met him loved him. I had the utmost respect for him. Please pray for his family and our law enforcement family in Simpson County.”