More inmates could be up for parole soon 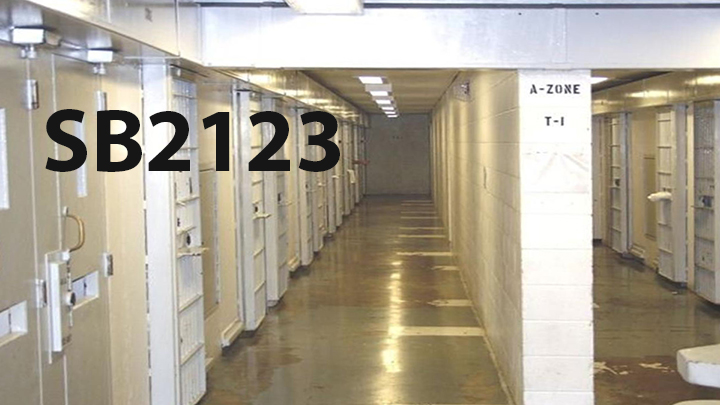 The Mississippi Legislature is considering a bill that would grant the possibility of parole to some who currently are ineligible.

A bill currently in committee to develop a compromise between the House and Senate versions was introduced in the Senate as “The Mississippi Correctional Safety and Rehabilitation Act of 2020.” Senators Juan Barnett, Derrick Simmons, Joseph Thomas, Sampson Jackson and Willie Simmons, all Democrats, are the bill’s co-sponsors.

Senate Bill 2123 is intended to amend portions of the Mississippi Code of 1972 referring specifically to parole for inmates. If passed in its current form, SB2123 will:

• Specify conditions for parole eligibility and provide limits on an inmate’s eligibility to petition his/her sentencing court asking to be made eligible for parole.

• Require the Mississippi Department of Corrections to set achievable case plans for inmates who are granted parole, and timelines to achieve those goals.

• Require positive votes from at least three members of the five-seat Mississippi Parole Board to grant parole to an inmate convicted of a violent crime after June 30, 1995.

• Require positive votes from at least four members of the MPB to grant parole to an inmate convicted as a sex offender.

• Provide victims or designated family members to address the MPB prior to a parole decision.

• Repeal the portion of the code which specifies inmates convicted of certain crimes must serve a minimum portion of their sentences before being considered for parole.

The code would be amended to state “all persons who are convicted after June 30, 1995, of a violent crime … shall be eligible for parole after they have served … 50% of the sentence or sentences imposed by the trial court.”

All persons convicted after that date of a non-violent crime will be eligible after serving 25% of their sentence or sentences. Inmates in both categories are required to have hearings before the board prior to being granted parole.

The amendment also grants that “an offender who has served … 25% or more of the sentence or sentences imposed by the trial court or 10 years, whichever is less, may be paroled by the parole board if the offender has been authorized to be considered for parole by the sentencing judge or … the senior circuit judge.”

The amended bill would not grant parole to those whose sentences specify that they cannot be considered for parole.

How local legislators view the bill

When the bill was brought to vote in the Senate on March 12, 32 senators voted in favor of it and 20 voted against. Sen. Sally Doty (R-Brookhaven) voted for the original bill, but said she may not support it with all the changes that have been made since then.

“I’m absolutely against parole for violent offenders,” Doty said. “The bill is not in its final form, and I will vote no if that is allowed in the conference report.”

The House passed an amended version of the bill on June 11, with 80 votes in support, 25 against and 15 representatives casting no vote. Representatives Becky Currie and Vince Mangold — both Brookhaven Republicans — voted “no.”

“I didn’t agree with letting violent offenders or sex offenders out early,” Mangold said. “Some language has been changed. We’ll see how it looks.”

“I voted against SB2123 because it was letting so many criminals out of jail,” said Currie. “It was releasing violent criminals and sex offenders after only serving 50% of their time. I believe that the judge and the district attorney get to know the person pretty well during the trial and I trust that they make a recommendation on a sentence based on protecting the safety of the public.”

“We have a prison crisis and will probably be sued by the Justice Department and by many families that suffered through the deaths of inmates, as we saw during the fall,” Currie continued. “I just don’t believe the answer is giving them all parole so we don’t have to deal with it.”

“We have hired a new executive director from Angola, so let’s see what he can do. Hopefully he will be able to get the prison system where the gangs are not running them and they are safer for inmates. I just don’t think letting them all out is the answer.”

How prosecuting attorneys view the bill

“I have some frustrations about it,” he said. “Senate Bill 2123 basically lets everyone off on parole … including (those) up for life sentences.”

Bates mentioned two cases he prosecuted in which the accused were convicted and sentenced to natural life sentences — which specify they spend the rest of their lives incarcerated, until the day of death.

“If it’s passed as it is, it will let a lot of people out of jail,” Bates said.

“The most recent propaganda in support of this dangerous legislation claims it will save the state millions of dollars in costs for housing thousands of inmates,” Byrd said in a written statement. “However, this is not true. Their calculations are based on thousands of violent criminals being released immediately, rather than serving the remainder of their sentences, and that every violent criminal released will never commit another crime, and finally these ‘estimated’ savings are actually calculated as anticipated savings over several decades.”

What the calculations do not include, Byrd said, are the costs to society when violent criminals are paroled.

“What are the costs when a convicted [murderer] is let out and commits a robbery and kills more people? How is this helping the State of Mississippi? We will still be housing the same criminal; he will just have had the opportunity to harm other people before being returned to jail, at uncalculated costs to the victims and our justice system.”

“And what about the victims of the crimes for which these criminals are presently incarcerated? These victims were told by prosecutors like me, and the circuit judges who sentenced the criminals, that the person who robbed or assaulted them, or who killed their child, spouse or parent, would be in jail the rest of their life. Now they are being told those elected to represent them are trying to release these criminals.”

Where the bill is now

Representatives Hobgood-Wilkes (who voted “no”), Bain and Sanford (who both voted “yes”) motioned to reconsider the bill on June 11. The following day, the motion was tabled and returned to the Senate for concurrence.

On Tuesday, the Senate declined to concur with the amended House version of the bill, and moved to form a conference committee of House and Senate members to draft a compromise bill.

SB2123 is currently in committee and may return for a vote at any time during the legislative session. Senators Brice Wiggins (R, District 52), Daniel Sparks (R, District 5) and Juan Barnett (D, District 34) have been named to the committee, as well as representatives Nick Bain (R, D2), Kevin Horan (D, D34) and Rob Roberson (R, D43).

A similar bill originating in the House — HB1377 — died on the calendar Wednesday.