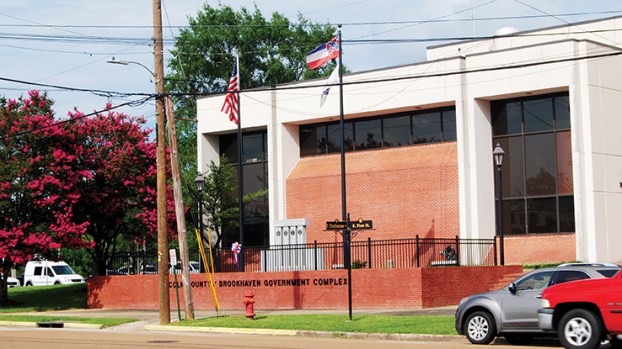 Sunday, members of the Mississippi State Legislature took a step that many argue was a long time coming, voting to retire the state flag and replace it with a new design, yet to be determined.

Rep. Mangold said he was consistently asked about changing the flag when he was campaigning for office.

“”My reply was the same every time. If there is to be a change, the voters of Mississippi voted on it in 2001 and they should have the opportunity to vote on it again,” Mangold told The Daily Leader. “Based on those conversations is the reason I cast my vote the way I did.”

Rep. Currie said she voted against the first bill, because it would give the Legislature the power to change the flag rather than present it to the state’s citizenry for a vote.

“This was the bill to take away the people’s voice and I could just not do that,” she said Monday.

When that bill passed and the option was before the state’s lawmakers to keep or retire the flag, Currie voted in favor of retiring the flag and commissioning a new one.

“After that bill had passed and there was no choice left, I voted for the bill that would appoint the new commission and plan for a new flag,” she told The Daily Leader. “There is always going to be people upset about this and that is why I always believed it would have been best to be the people’s choice. I believe that whatever the outcome would have been it would have been accepted more by a vote of the people.”

Sen. Doty also voted in favor of the final bill.

“The people of District 39 elected me to make hard choices. That is why I voted for a path toward a new state flag,” Doty told The Daily Leader. “I wanted a referendum, and voted to keep an amendment alive to do so, but that attempt failed.”

“After many conversations with my constituents, I became convinced that our flag was truly hurtful to my brothers and sisters in Christ,” Doty said. “The flag is also a very real threat to our already fragile economy. Our Southwest Mississippi business owners gave me concrete examples of ways their businesses have been hurt.

“Our children and grandchildren must have opportunities for good jobs so they can stay right here in Mississippi. I’ll take the criticisms and insults in order to do what in my heart I know is right for this state.”

The current Mississippi state flag is the last in the United States with the Confederate battle emblem as part of its design. It was adopted in early 1894 by the state legislature after Gov. John M. Stone recommended a state flag and coat of arms be established as an act of good faith toward “patriotic order” and “State pride,” and the Senate and House did just that, according to 1894 reports in the Macon Beacon and Pascagoula Democrat-Star newspapers, adopting a flag with three bars of blue, white and red, as well as a canton in the upper left corner containing the Confederate Battle Flag.

U.S. Census estimates from 2019 put Mississippi’s black population at approximately 38%. For generations, critics have said it is wrong to display a banner that prominently features an emblem many condemn as racist.

Democratic Sen. David Jordan told his colleagues just before the vote that Mississippi needs a flag that unifies rather than divides.

“Let’s do this because it’s the right thing to do,” Jordan said.

Cheers rang out in the state Capitol after the Senate vote. Some spectators wept. Legislators embraced each other, many hugging colleagues who were on the opposing side of an issue that has long divided the tradition-bound state.

A commission will design a new flag that cannot include the Confederate symbol and that must have the words “In God We Trust.” Voters will be asked to approve the new design in the Nov. 3 election. If they reject it, the commission will set a different design using the same guidelines, and that would be sent to voters later.

Republican House Speaker Philip Gunn, who is white, has pushed for five years to change the flag, saying the Confederate symbol is offensive.

“How sweet it is to celebrate this on the Lord’s day,” Gunn said.

Religious groups said erasing the rebel emblem from the state flag is a moral imperative. Notable among them was the state’s largest church group, the 500,000-member Mississippi Baptist Convention, which called for change one week ago after not pushing for it before the 2001 election.

Business groups said the banner hinders economic development in one of the poorest states in the nation.

In a sports-crazy culture, the biggest blow might have happened when college sports leagues said Mississippi could lose postseason events if it continued flying the Confederate-themed flag. Nearly four dozen of Mississippi’s university athletic directors and coaches came to the Capitol to lobby for change.

Many people who wanted to keep the emblem on the Mississippi flag said they see it as a symbol of heritage.

The battle emblem is a red field topped by a blue X with 13 white stars. The Ku Klux Klan and other hate groups have waved the rebel flag for decades.

The Mississippi Supreme Court found in 2000 that when the state updated its laws in 1906, portions dealing with the flag were not included. That meant the banner lacked official status. The Democratic governor in 2000, Ronnie Musgrove, appointed a commission to decide the flag’s future. It held hearings across the state that grew ugly as people shouted at each other about the flag.

Legislators then opted not to set a flag design themselves, and put the issue on the 2001 statewide ballot.

Former Mississippi Gov. William Winter, who is now 97, served on then-President Bill Clinton’s national advisory board on race in the 1990s and was chairman of the Mississippi flag commission in 2000. Winter said Sunday that removing the Confederate symbol from the banner is “long overdue.”

“Recent days have seen thousands of Mississippians from across our state coalesce around the belief that now is the time for this important change,” said Mississippi Power President and CEO Anthony Wilson, who serves as chairman of MEC. “Along with the great leadership on this issue of Lt. Gov. Delbert Hosemann and Speaker Philip Gunn, Mississippi is fortunate to have all three of its key state leaders and many Legislators committed to this important work.”

“A new flag means Mississippi has moved past old divisions, and that is cause for celebration. Any time a big decision is made, some will like how it happened and some will not. No process designed by man is perfect,” White said in a press release.

“If you’re frustrated, I’d encourage you to think of what today means to a rising generation of Mississippians. Call your children or grandchildren today (we should all talk to family more often anyway), ask them how they feel about the flag change, listen, and talk. Let’s come together in love for our home, Mississippi, and with eyes toward our bright future. We can look forward to having a flag emblazoned with ‘In God We Trust,’ the real cornerstone of our republic.”

After 40 years of service, KDMC nurse/educator to retire