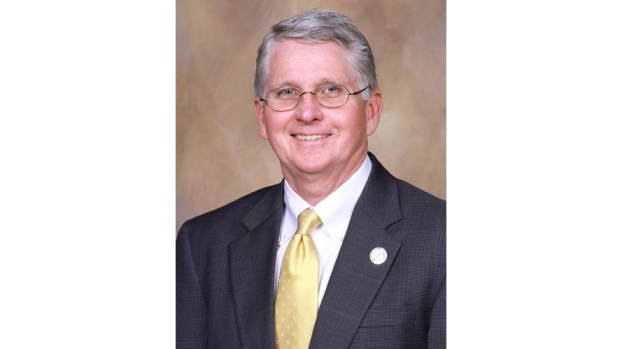 Record-high numbers were reported today for people hospitalized with COVID-19.

The Mississippi State Department of Health said 1,099 people were hospitalized with confirmed or suspected infections as the numbers have continued to stay above 600 each day since July 5. Nearly one-fourth of those hospitalized were in intensive care units, and more than half of those were on ventilators.

King’s Daughters Medical Center in Brookhaven has eight beds in its ICU and in days prior to the COVID-19 pandemic, had two or three beds occupied on an average day, according to hospital CEO Alvin Hoover. Now that average has been five or six, even up to seven.

“That’s a lot for us,” said Hoover. “The governor and (state health officer) Dr. Thomas Dobbs have talked about the shortage of ICU beds, and that’s particularly true in certain areas, but it affects the entire state.”

If one hospital runs out of space, or has no more ventilators available, they look to find an available bed or vent at another hospital, and right now that’s a difficult prospect.

“From a staffing perspective, that stresses us,” Hoover said. “We have one nurse taking care of two patients (in the ICU). If all of the patients are on ventilators, sometimes it’s hard for one nurse to take care of two people. Staffing gets all the more critical.”

Things have changed at KDMC since the pandemic began, Hoover said. The very worst was over the four weeks at the end of April and the beginning of May when the hospital was serving 23 patients who had either tested positive or were awaiting results.

“We were dealing with patients that were all very, very sick,” he said.

Cases dropped to two or three daily into the first part of June for KDMC, then spiked back to 25 or 26 by the middle of that month. With surgeries and elective procedures OK’d by the governor again, the hospital was very busy.

This week the ICU has been very busy again.

“As of Tuesday, we had nine patients positive and three with tests pending,” Hoover said. “We had six in ICU and four of those on vents.”

The entire time has been especially stressful for hospital staff. Nurses especially must wear proper personal protective equipment when seeing to a patient’s needs, then remove that PPE, disinfect and don new PPE before attending to another patient. The cycle continues every time a patient is seen. The extra precautions and working with people who are struggling fighting the virus is taking its toll on hospital staff, physically and emotionally.

“It’s been a stressful time for our staff. They’re tired and need rest,” said Hoover. “We’re having to ask nurses to come back in on their days off or sometimes from vacation because we need the help. If you’re working in healthcare right now, you can’t relax at home like you could last summer.”

Staff members have to be extra careful around their own families due to repeated exposure to people who have tested positive for COVID-19, as well as those who may be asymptomatic, he said.

“But we know that our jobs are important and we are trying to be careful,” Hoover said.

For the third time, MSDH also reported an increase of more than 1,000 cases of coronavirus in one day.

As of Tuesday evening, 38,567 cases had been confirmed in Mississippi and at least 1,290 individuals had died from the virus. This was an increase of 1,025 cases and 18 deaths.

Three of those additional cases were in Lincoln County.

Hoover urges people to take all the precautions they can to keep from spreading or catching this disease.

“Wash your hands, keep your social distance and I make that appeal to you to wear a mask,” Hoover said. “We’ve had patients in our ICU from their 20s up to 80s and 90s, and we have had deaths in all of those age groups from the virus.

“I make that appeal. Please, be smart.”

The fourth annual Splash Dash 5K and 1-mile kids run will be Saturday morning. Runners will be happy to hear... read more