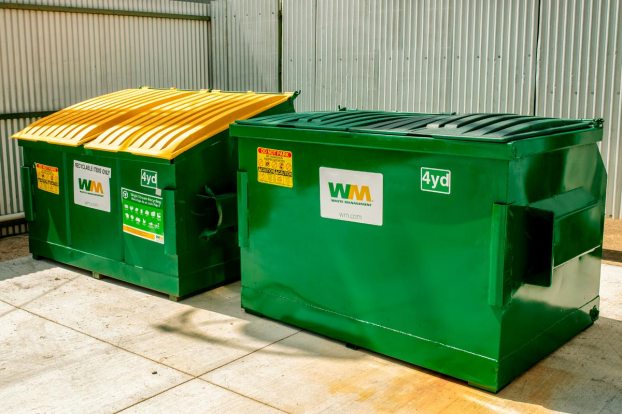 Waste Management commercial waste and recycling dumpsters outside a business

Disposal of residential trash a burning issue for the city

Trash was a burning issue at Tuesday’s regular meeting of the Brookhaven Board of Aldermen.

Trash picked up from the city is normally disposed of at the Riverbend Environmental Services landfill in Fayette, but that cannot continue right now because the landfill is on fire. Riverbend is working to resolve the issue, but due to safety concerns cannot accept more material until the fire is extinguished. That leaves the city with the problem of what to do with its trash, while remaining in its current contract with Riverbend of $24.50 per ton for hauling trash away.

Department of Public Works Supervisor Keith Lewis presented an option to the board for the city to temporarily employ Waste Management to dispose of the city’s co-mingled trash at $42.50 per ton until the situation at RES is resolved. The board discussed the matter in closed-door executive session Tuesday, then returned in a special-called meeting at noon Friday to vote on the issue.

“We just need to get this garbage away from here when our transfer station is down,” said Lewis.

Ongoing projects at the Brookhaven-Lincoln County Airport are progressing well, all things considered, City Engineer Ryan Holmes told the board. Nine contractors had submitted bids for the next phase of building a hangar addition, which had been estimated to cost $153,167. Greenbriar Digging Services submitted the low bid of $109,384. The next lowest bids were approximately $113,000 and $197,000. The bid was accepted with a 5-1 vote. Dirt work is expected to begin in two to three weeks.

The board also voted to approve accepting an Airport Improvement Program grant to overlay the runway and update lighting, a new beacon and a new area for the duster planes and chemicals. The grant will cover 95% of the cost for this project, with bids to be accepted in late December or early January. The grant was accepted on a 5-1 vote.

City Building Inspector David Fearn presented an update on the Mill Creek subdivision, saying that sewer and foundation work had been done for 30 of the 45 homes, 15 foundations had been poured and framing had begun on 10 of the homes. Water lines and fire hydrants had been mostly installed throughout the subdivision and things were moving along toward the expected completion date of April 2021. Applications for the homes would be made available beginning about that same time through the subdivision office, to be located on the same property.

Shelley Harrigill, alderwoman for Ward 6, presented Marilyn Capuano as her recommendation for appointment to the Zoning and Planning Commission, to be retroactive from Aug. 1. The recommendation was accepted unopposed.

Aldermen were physically present at the Tuesday meeting in the Circuit Court courtroom for the first time since the COVID-19 pandemic forced meetings to move to a virtual format — with the exception of Mayor Joe Cox and alderwoman Mary Wilson, who attended via phone, and alderman Dorsey Cameron, who was unable to attend.