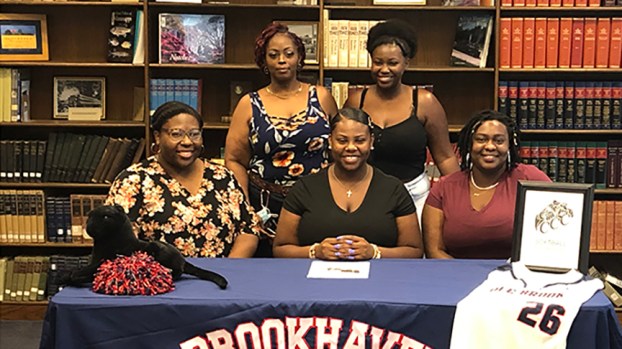 Brookhaven High softball alum Kyla Henderson recently signed a letter-of-intent to continue her career at Coahoma Community College. Henderson was a solid first baseman for the Lady Panthers throughout her career and carried a big bat at the plate. Signing with Coahoma is the culmination of a dream to play softball on the next level.

“They came and watched me play during the season and their coach offered me that day,” said Henderson. ‘When I went on a visit it really sealed it for me. I’m really excited about getting school started.” Henderson plans to major in pre-med.

Coahoma is located in Clarksdale and the softball program is led by head coach Whitney Brinston.

Lady Panther head coach Mandy Vinson says Henderson has been a leader during her time at Ole Brook.

“Kyla has grown up so much and matured so much during her career,” said Vinson. “She held her teammates accountable and they loved her for it — their nickname for her was grandma. She’s just got this air of maturity and she works extremely hard. She was never going to skip a rep and that’s part of why she was such a good leader.”