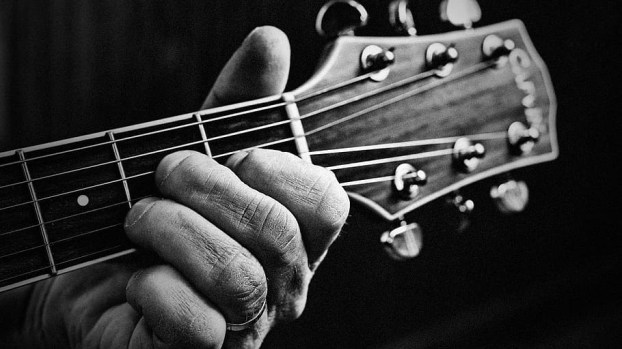 Therefore, encourage one another with these words

Maybe it’s because they “say so much,” as Elton John sang. Or maybe it’s just because they seem to come from the deepest, most honest parts of the songwriter and singer’s hearts and minds.

I believe you can’t always trust your emotions — they’ll trick you sometimes into believing things that just aren’t true — but emotions are gifts to us, as well.

We know they’re natural because even babies cry and laugh and get annoyed. It’s a blessing to be able to feel all of those things at any age, at their appropriate times.

When I listen to a sad song, I try to determine what it was that moved the writer to address that sadness, and why they chose the particular words they did. Rhyming is not a songwriting convention that must be used, so it’s not the driving force behind word choice in a lot of cases.

The old song “Love Hurts” by Nazareth is easy to assess. “Love hurts, love scars. It wounds and marks any heart not tough or strong enough to take a lot of pain.”

Bitter and mournful, the lyrics come from the same place any lovelorn song is born — a broken heart. Not hard to figure that one out.

“There’s a time that I remember when I did not know no pain, when I believed in forever and everything would stay the same. Now my heart feels like December when somebody says your name ’cause I can’t reach out to call you, but I know I will one day.”

The song was written in memory and honor of the band’s former manager Jordan Feldstein, also a lifelong friend of lead singer Adam Levine.

Levine speaks of hope when he says he’ll be able to talk to his friend again some day. Levine is Jewish ethnically and says he is a spiritual Jew in his beliefs.

As a Christian, I believe that followers of Jesus can have hope that we will see other believers after death when we are reunited in the presence of God. In the midst of my sadness when someone I love dies, I can find hope in this. I still mourn the loss, but as a temporary one.

The Apostle Paul wrote the following to believers in the Greek province of Thessalonica: “Brothers and sisters, we do not want you to be uninformed about those who sleep in death, so that you do not grieve like the rest of mankind, who have no hope. For we believe that Jesus died and rose again … And so we will be with the Lord forever” (1 Thessalonians 4:13-17, NIV).

The knowledge that Jesus’ resurrection allows us to live forever, too, is an absolutely amazing thing. So we don’t have to grieve or mourn like those who have no hope. What must it be like to have no hope?

So I want to do here what Paul instructed in the next verse: “Therefore encourage one another with these words.”

When Hurricane Laura barreled into the Louisiana coast almost a week ago, Paul Le June was safely tucked away in... read more