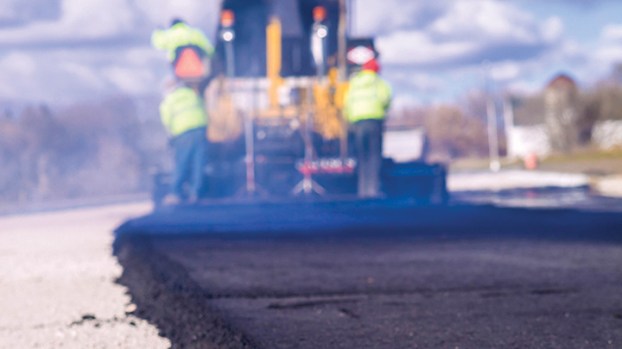 Brookhaven moves ahead with bond projects

The Board of Aldermen for the City of Brookhaven conducted two uneventful public hearings and moved ahead with bond projects during its first meeting of September.

Two public hearings were conducted prior to the regular meeting of the Brookhaven Board of Aldermen — one on the proposed budget and one on abandoned lots that need the grass cut. No one from the public attended either meeting.

The board did not vote on the budget during its regular meeting — the vote will take place during the next regularly-scheduled meeting on Sept. 15.

All board members were present, along with City Attorney Joe Fernald and City Clerk Samantha Melancon. Mayor Joe Cox and some presenters attended the meetings via Zoom.

The only increase in the budget was $1.50 per customer per month for solid waste disposal, but this amount is offset by a reduction in school millage, resulting in no increase in taxes.

During the second hearing, City Building Inspector David Fearn presented the board with a list of more than 20 properties where the grass needs to be cut.

“As you can see, these are places where either we’ve taken down a house or there’s been a vacant field for a long time,” Fearn said. “Some of these have been cut already (and approval of the list) gives us 24 months to cut them, as long as we give at least one week’s notice to the property owner.”

A state statute allows the city to cut an unkempt lot for up to two years, provided the municipality does not charge the property owner more than $1,200 per lot during that time period. The lots will be cut three or four times each year, and $10,000 of the budget is marked for this purpose, Fearn said. The average cost has historically been $250 or less per property.

“Are most of these from last year and are ‘repeat offenders’?” Mayor Joe Cox asked.

“Yes, most of them are from that list,” Fearn replied. “I’d like to bid out to lawn cutting services and come back later with bids.”

Ward 2 Alderman Shannon Moore asked if there was time to add other properties to the list, if necessary, and if some of the cutting could be done by the city’s public works department, if they were available to do so. Fearn said board members have until the first meeting in December to add additional properties, but the option of “in house” cutting would be something Public Works Director Keith Lewis would have to assess.

The list was unanimously approved during the regular meeting with the understanding that more properties could be added within the allotted time period.

During the regular meeting, City Engineer Ryan Holmes and Forest Dungan of Dungan Engineering presented updates of paving projects via Zoom. Bond Attorney Brad Davis also joined via the virtual meeting app. Holmes discussed a list of streets that had been assessed by the mayor and Dungan Engineering as being the worst areas — beginning with projects that were not completed or addressed during the city’s latest large paving project that began in 2015 — including areas that had completed water or sewer work, high-traffic areas and residential areas with significant issues.

Davis presented information on general obligation bonds the city could apply for and confidently expect to obtain for use in the paving project. The city has more than $18.2 million in debt capacity and only $1.955 million in outstanding debt, leaving more than $16 million of borrowing power to obtain these bonds, which Davis called the most secure type of bond available in the country for municipalities. The bond issue will be published in The Daily Leader four times throughout the month of September to give public notice, and no tax increase will incur.

“This is basically new money coming into the city,” said Mayor Cox. “I think everyone will be pleased to get some more streets paved.”

An election will not be required to pass the bond issue, and more than 1,500 qualified voters in the city most submit written objections to the city clerk’s office to require an election on the issue.

The board unanimously approved a motion to move ahead with the bond issue and to contract the professional services of attorney Davis in the process.

WGK Inc. engineer Mike McKenzie then presented an update on two sewer line projects on Natchez Avenue and Meadowbrook Drive, saying he believed they were close to having everything ready to go on the work that needs to be done. Keith Lewis presented the two quotes that were submitted for the work — $55,491 from Red Oak Construction and $47,763 from Greenbriar Digging Services — and the board voted to award the work to Greenbriar.

• Brookhaven Fire Department Chief Tony Weeks invited the board to visit the new up-and-running Station 2 on North First Street to tour the facility at their convenience and expressed his thanks for the city’s work and support. Weeks also stated that fire hydrant flushing would begin this week and continue at least through the end of October.

• Ward 5 Alderman Fletcher Grice thanked Brookhaven Police Chief Kenneth Collins for what he called the excellent job of protecting the city’s students as they returned to school. Collins said he appreciated the thanks and attributed his officers with providing the service Grice praised.

• The board approved the minutes from previous meetings and payroll expenditures.

• Approved the deletion from BFD inventory three saws to be junked.

• Approved the purchase of a roadside cutter for small tractor use by the Public Works Department from low-bidder Iowa Farm Equipment for $6,489 at Lewis’ recommendation in lieu of purchasing a replacement tractor at a cost of more than $92,000.

After three executive sessions, the board:

• Gave permission to David Nail to have the old Stahl Urban Building added to the National Register and have an option to purchase the building after two approved appraisals, splitting the cost with the city.

• Approved the termination with cause of BPD officer Kylene Lowe.

• Approved the termination with cause of City Court Clerk Bianca Fields.

• Approved the move of Jennifer Farmer from the Water Department to the position of City Court clerk on Sept. 21.

COVID-19 update: Cases up, but no new MS deaths reported

Lincoln County’s coronavirus cases topped 1,000 over the weekend while the state saw no new COVID-19 deaths. On Tuesday, the... read more