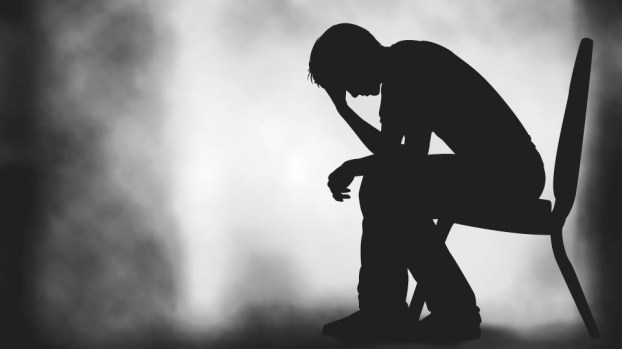 Life is worth living, and suicide is preventable

A North Mississippi Army veteran ended his life violently in a video streamed live on the internet on the last day of August, shining a new spotlight on the daily tragedy of suicide among veterans and non-veterans alike.

Thirty-three-year-old Ronnie McNutt, of New Albany, committed suicide in front of his computer, according to multiple media reports. He was a member of Celebration Church Tupelo, which confirmed his death on the church’s Facebook page.

“In the midst of a sudden tragedy that occurred last night, we grieve with the McNutt Family during this time because of the passing of our brother in Christ, Ronnie McNutt,” the statement said in part. “Ronnie will be missed by all who loved and knew him. He was very caring, committed, loyal, dependable, and eccentric. He served his church faithfully and was loved by many. Although events surrounding his death were tragic, we take comfort in our Creator, believing that because of Ronnie’s confession and conversion as a believer in Christ Jesus, he is currently before our loving Father.”

According to the Centers for Disease Control and Prevention, suicide is the 10th leading cause of death in the United States. On average, 132 people are successful in their attempts to kill themselves every day — or 48,180 each year. The rate of suicide is highest in middle-aged white men, accounting for more than 69% of suicides on average. Men are 3.56 times more likely to commit suicide than women, and nearly 51% of all suicide deaths involve a firearm.

In a study conducted by JAMA Pediatrics, among children ages 5-11, black children had the highest rate of death by suicide. Suicide affects nearly every age group, and is not restricted by ethnicity, skin color, affluence or other similar factors.

Worldwide, the estimated number of successful suicides in any age group annually reaches more than 800,000 — one every 40 seconds — according to the World Health Organization.

In Mississippi, suicide is the 13th leading cause of death overall, and the third leading cause of death in persons age from as young as 10 years old up through age 34. On average, one person dies by suicide every 21 hours and more than two times as many people died by suicide in the state than in alcohol-related motor vehicle accidents in the latest studies, according to the American Foundation for Suicide Prevention.

More than half the people who die by suicide do not have a known metal health condition, according to CDC reports. Factors contributing to suicide include: relationship problems, a recent or upcoming crisis, problematic substance abuse, physical health problems, job or financial problems, criminal or legal problems, and loss of housing.

There are five general signs that typically present in a person who may be considering self-harm, according to the non-profit Campaign to Change Direction. These are personality change, agitation, withdrawal, poor self-care and hopelessness. Taking note of these and other changes in behavior could be what saves someone’s life.

If you or someone you know is struggling with anxiety or depression, or is contemplating suicide, call Region 8 Mental Health Crisis Services at 601-823-2345 or the National Suicide Prevention Hotline at 1-800-273-TALK (8255), or visit suicidepreventionlifeline.org.

The state has reported 1,796 new cases of COVID-19 since Tuesday, with 853 new infections reported Friday — a significant... read more