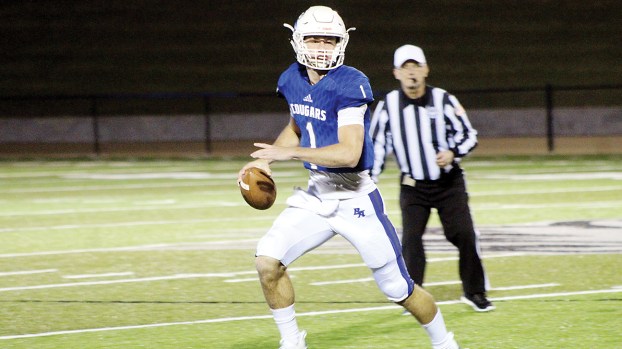 Daily Leader file photo Brookhaven Academy junior quarterback Tyler Fortenberry and his team will host a home playoff game in the opening round for the fourth consecutive season after blowing out Bowling Green School in the regular season finale Friday night.

The Cougars (6-4) scored early, often and easily against a visiting squad of Buccaneers from Bowling Green School in a 40-6 win.

With the victory BA will be back on Stuard Field in a week as they host an opening round game of the MAIS 4A state playoffs.

Against Bowling Green, the offense was led by a balance attack as Dylan Fortenberry, Rob Johnson and August Sullivan all caught scoring passes from junior QB Tyler Fortenberry.

Tyler Fortenberry also rushed for two scores and senior running back Luke Johnston added a TD on the ground.

BA led 33-0 at halftime as the game was delayed in the second half by lightning.

Senior Collin Waldrop led a stingy BA defense with six tackles including a pair of sacks.

Gage Brown, Easton Boyte and Sullivan all had four stops each for the Cougars.

Bowling Green only managed 158 yards total offense on the night.