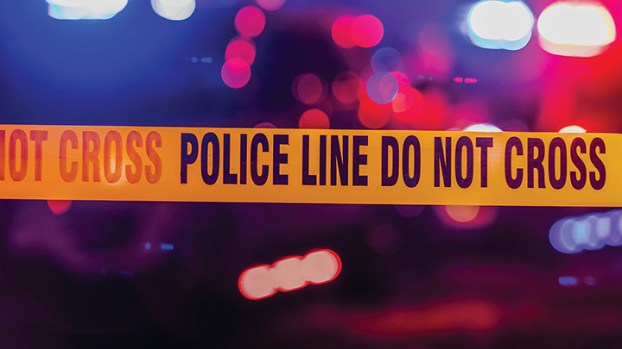 A Copiah County child was killed in a hit-and-run wreck Tuesday night.

At approximately 8 p.m. Tuesday, Wesson Police Department officers responded to calls of a two-vehicle wreck at the intersection of Hwy. 51 and Sylvarena Road in Wesson, WPD Chief Chad O’Quinn told The Daily Leader. Upon arrival, the officers located two vehicles with a family of three people inside one, and several good samaritans attempting to render aid.

Officers believed the other vehicle struck the vehicle containing the man and two minor children from the rear, flipped and then struck a home at the intersection, O’Quinn said. Once the driver of the second vehicle — identified as Matthew A. Miller Jr., 21, of 2025 Wooten Lane, Wesson — exited, he fled the scene in an unattended vehicle owned by one of the good samaritans.

Miller was taken into custody Tuesday night by officers with WPD and Copiah County Sheriff’s Office when he was involved in another wreck on Bahala Road.

The family was transported to area hospitals, where one of the minor children, age 10, was pronounced dead.

Miller was transported to a Jackson hospital.

“Upon his release, he will be arrested and will face several felony charges,” O’Quinn said.

The case will be presented to a Copiah County grand jury, the chief said, with Miller facing charges of vehicular manslaughter, felony taking of a motor vehicle, hit and run, aggravated assault on law enforcement officers and possible further charges.

Make plans for a safe Halloween

As Halloween creeps closer and families are making plans to enjoy the holiday, many groups have published ideas to help... read more