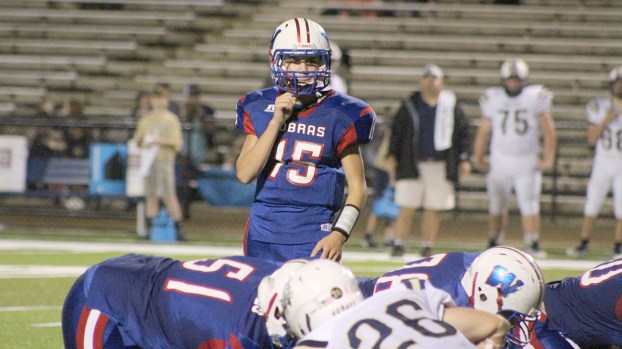 Daily Leader file photo Wesson quarterback Will Loy and the Cobras will return to the 3A classification next year after the MHSAA released reclassification results Thursday. Both Wesson and Enterprise are moving out of Region 7-2A.

Thursday the Mississippi High School Activities Association (MHSAA) released reclassification numbers and the new sports divisions for member schools that will run from 2021-2023.

The local division that is most impacted by the reshuffling is Region 7-2A. The Enterprise Yellow Jackets will no longer be members of the division as they’re dropping down to the 1A classification.

The Jackets might just be joining the toughest 1A division in state history, as small school powerhouse Taylorsville is also dropping down and will also become a member of Region 4-1A with the Yellow Jackets.

The full lineup for Region 4-1A will be Enterprise, Taylorsville, Bay Springs (another school dropping from 2A), Lumberton, Mount Olive, Resurrection, Richton and Salem.

Travel times for EAC athletic teams will greatly increase over the next two years as Richton is a two-hour trek one way and Resurrection is located three hours away in Pascagoula.

For other sports such as baseball, basketball and softball the division is broken up with EAC joining Lumberton, Resurrection, Richton, and Salem in Region 8-1A for basketball.

The MHSAA has not released official division lineups for softball and baseball, but in most instances whatever the alignment is for basketball — those spring sports follow a similar formation.

Wesson is also leaving Region 7 and 2A all together as they return to the 3A classification.

The Cobras had a two-year sabbatical as a 2A school after spending the previous six seasons as a member of 3A.

One silver lining of the move up is the Cobras will join Region 6-3A in football with their county rivals from Hazlehurst and Crystal Springs.

The last time Wesson was in 3A they played in a more eastern-based division that had no local competition.

Other members of 6-3A for football include Magee, McLaurin and Raleigh.

Those same schools won’t make up the basketball division though. For hoops the Cobras will compete in Region 7-3A against Franklin County, Hazlehurst, Jefferson County, Port Gibson and Wilkinson County.

Region 7-2A for football and basketball will now be made up of Bogue Chitto, Loyd Star, West Lincoln, Amite County and newcomer East Marion.

Panthers losing JPS schools and picking up pair of powers

In Region 3-5A football the Brookhaven Panthers saw the Jackson Public Schools trio of Forest Hill, Jim Hill and Wingfield moved out of their division in reclassification.

Those schools weren’t known for football success but the teams replacing them are as Hattiesburg and Wayne County now join the region. Also joining Region 3 is 5A newcomer Florence.

Other teams in the division include Laurel, Natchez, South Jones and West Jones.

Brookhaven, Natchez, South Jones, West Jones, Laurel and Wayne County had previously played in a football region together from 2013-2016.

In roundball, the Panthers are placed in Region 5-5A with Florence, Natchez and West Jones. Those same schools will also make up Region 6-5A for soccer as well.

Lawrence County headed back to Region 7

Another school that will be greatly impacted by change is Lawrence County who was moved back to Region 7-4A after playing two years in a much more travel-friendly Region 6.

Joining the Cougars in Region 7 football will be Columbia who has moved up from 3A, Forrest County AHS, Poplarville, Purvis and Sumrall.

The same teams will make up the region in basketball. In soccer LC will compete in Region 6-4A alongside Columbia, McComb and North Pike.

The largest local soccer region is Region 7-Division I which is unchanged with Bogue Chitto, Franklin County, Hazlehurst, Loyd Star, Wesson and West Lincoln competing against each other.

Tupelo is the largest school in the state with 1,907 students counted in their ninth through twelfth grade tally as of Oct. 1. Coldwater located in Tate County has the smallest enrollment (96) of the 1A schools that field a football team.

To create the classes the MHSAA takes the 32 largest schools and makes the 6A classification and then the next 32 schools to make up 5A.

The remaining schools are divided as evenly as possible to create 4A, 3A, 2A and 1A.

Final week of regular season for 2A teams

Region 7-2A regular season play wraps up Friday ahead of the MHSAA 2A playoffs that begin next week. For Brookhaven... read more