BA Cougars on to MAIS 4A semifinals 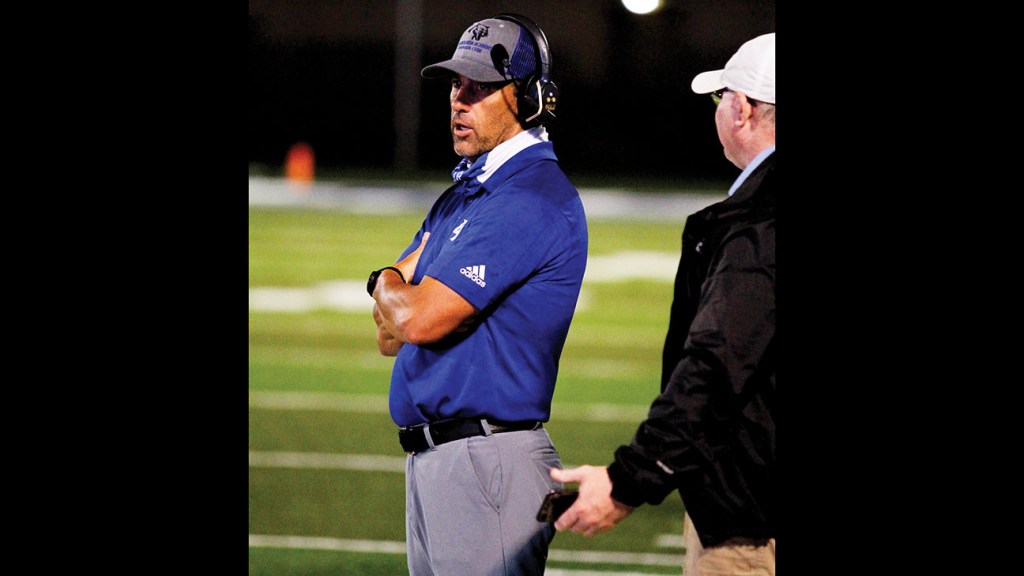 Photo by Lucas Calvert Brookhaven Academy head coach Ron Rushing is taking his team to the semifinals of the MAIS playoffs for the second time in three years after the Cougars knocked off North Delta School in Batesville Friday. BA is back on the road next to face Wayne Academy.

“This was probably our best game of the year,” said Brookhaven Academy head coach Ron Rushing.

The game Rushing was speaking of was a 24-14 road win in Batesville over North Delta School in the MAIS 4A playoffs Friday night.

The Cougars made the long trip to Batesville to face North Delta in a game that they knew they could win.

The Cougars never trailed as they went ahead 7-0 in the first quarter behind a Tyler Fortenberry touchdown run.

Corey Case also knocked through a 24-yard field goal in the first half and Fortenberry hooked up with Rob Johnson on a 7-yard TD pass for another score.

The third quarter was scoreless for both teams. The final insurance TD of the night came with 8:03 remaining when John Rivers Brown scored on a 5-yard run that put the Cougars up 24-6.

“Defensively we flat out got after it tonight,” said Rushing.

Seniors Gage Brown and Collin Waldrop both picked off passes for the Cougar defense.

Tyler Fortenberry rushed 19 times for 104 yards and thew for another 147 yards.

The Cougars (8-4) are on the road next week to face Wayne Academy in Waynesboro in the state semifinals.