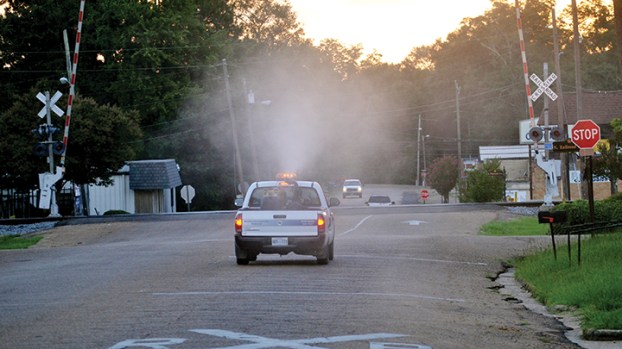 Mosquito season coming to an end

The time for mosquitos in Brookhaven is practically over, according to the city’s contracted control service.

Scott Williams, local manager of Vector Mosquito Control, told the Brookhaven Board of Aldermen Tuesday that the season was “pretty well wrapped up.”

Vector recovered 12,000 mosquitos from local traps this year, compared to 6,200 in 2019. The increase was likely due to a few small sewer and water leaks, as well as excessive rains, Williams said.

“There’s a misconception that mosquitos get active when there’s standing water,” he said. “It’s when the water starts drying up that they get active.”

Vector sprayed 134,286 acres in 2019 and increased to 162,713 acres in 2020, counting areas that were sprayed multiple times. The company also performed two aerial sprayings this year compared to one in 2019. The increased sprayings were due to positive tests for West Nile Virus in a couple of trap samples, Williams said.

“There were no human West Nile Virus cases this year — the same as last year. There were some positive pool samples, but no cases,” he said.

Williams said while Vector will still be available to handle any issues that arise in the meantime, the company will not begin new hiring, training and spraying until March.