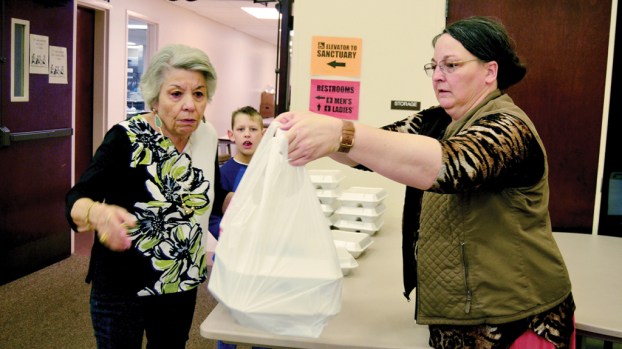 No one needs to miss a Thanksgiving meal this year

The people of First United Methodist Church in Brookhaven want to be sure no one has to miss a Thanksgiving meal this year.

For the 14th year, FUMC members are providing the Doug Sullivan Community Thanksgiving Meal. The meal is named in memory of former Mayor Doug Sullivan, who served the city 1993-1997 and died in 2007.

Organizer Jennifer Calhoun said she was tired of people saying something needed to be done to feed the elderly and disabled on Thanksgiving, or others who had no nearby family or could not travel. So she decided to kick things off.

The first meal served approximately 400 people and it has grown each year. In 2019, more than 1,200 plates were served, Calhoun said. Calhoun said she expects there will be more this year, but she’s not worried about running out of food.

“It always kind of works out,” she said.

While COVID-19 did not cancel this year’s event, it did modify it some.

“We have allowed people to eat inside in the past,” Calhoun said. “This year it will all be delivery or carry out.”

The meals can be picked up at the church from 10:30 a.m. until 1:30 p.m. on Thanksgiving Day.  West Cherokee Street, which runs in front of the church, will be open for one-way traffic only during these hours, and pick-ups can be made on South Jackson Street at the FUMC ministry center entrance.

Calhoun said meals are available for prisoners, first responders and government officials, and can be delivered for them, as well.

“Just let us know how many,” she said.

In observance of Thanksgiving, all area county and city offices will be closed Thursday, Nov. 26 and Friday, Nov. 27,... read more