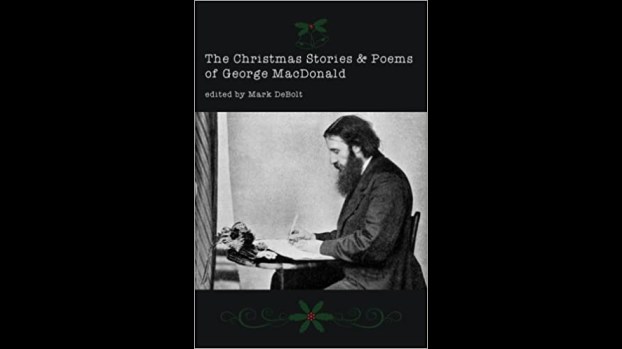 This Christmas may be different, but it still holds hope

The 19th century Scottish minister and author George MacDonald is not as widely appreciated today, I should think, as he ought to be.

The great everyman’s theologian of the 20th century C. S. Lewis, the author of the wonderful stories of Aslan and the world he created in Narnia, was himself greatly influenced by the writings of MacDonald. About 20 years following MacDonald’s death in 1905, Lewis found the Scot’s writings to be vital in leading to his own faith in Jesus as Savior and Lord. Irish-born Brit Lewis went on to influence many thousands of others in their own salvation experiences and discipleship.

“It has not seemed to me that those who received my books kindly take even now sufficient notice of the affiliation (with MacDonald),” Lewis wrote in his collection of his mentor’s religious teachings, “George MacDonald: An Anthology.”

Portraits of MacDonald show he bore more than a passing resemblance to the mad monk Rasputin. Though not insane, the Scottish poet was a pioneer in fantasy literature and his “The Princess and the Goblin” is well worth the read for anyone whose mind is open to the genre.

MacDonald — as well as his legacy in writers like Lewis and J.R.R. Tolkien — created worlds and narratives that introduced the concepts of the supernatural, angelic beings, creation, intelligent adversaries and a savior.

As many of us enjoy the wonderful stories of Frank Capra’s “It’s a Wonderful Life,” Charles Dickens’ “A Christmas Carol” or even “A Charlie Brown Christmas” this year, I sincerely hope some will find new (or renewed) joy in the Christmas offerings of George MacDonald.

I can think of no other Christmas poem that fits our time better than his “Christmas, 1884.”

Though in my heart no Christmas glee, though my song-bird be dumb,

Jesus, it is enough for me that thou art come.

What though the loved be scattered far, few at the board appear,

In thee, O Lord, they gathered are, and thou art here.

And if our hearts be low with lack, they are not therefore numb;

Not always will thy day come back — Thyself will come!

Even if we find nothing else for which to be happy, even if our loved ones can’t be gathered together, even if we are sad because we are in deep need, we have reason to celebrate! Jesus has come, Jesus is here and Jesus is coming again.

So, though I’m one of those “let’s save Christmas music until after Thanksgiving” people, it’s never too early to celebrate those three truths.